HRC sent a Freedom of Information Act to the Department of Health and Human Services for all records related to the Trump-Pence administration’s efforts to redefine the word “sex” in order to exclude transgender people from federal civil rights protections and enable discrimination against LGBTQ people in general.

Today, HRC sent a Freedom of Information Act (FOIA) to the Department of Health and Human Services (HHS) for all records related to the Trump-Pence administration’s efforts to redefine the word “sex” in order to exclude transgender people from federal civil rights protections and enable discrimination against LGBTQ people in general.

On October 21, 2018, the New York Times published a report that “the Trump administration is considering narrowly defining sex as a biological, immutable condition determined by genitalia at birth.” According to the report, HHS drafted a memo to establish the legal definition of “sex,” and the “agency’s proposed definition would define sex as either male or female, unchangeable, and determined by the genitals that a person is born with [...] Any dispute about one’s sex would have to be clarified using genetic testing.”

“This effort by the Trump-Pence Administration to erase transgender people in the public square and exclude them from federal civil rights protections is horrific and alarming,” said HRC Legal Director Sarah Warbelow. “It is imperative we understand the key players pushing for this destructive action along with their motivations, analysis, and rationale.”

HHS will likely also encourage other federal agencies to follow suit in their severely restrictive and narrow definition of sex. The administration’s decision could have severe consequences for LGBTQ people across the federal government. For example:

The Equality Act would finally add clear, comprehensive non-discrimination protections for LGBTQ people to our nation’s civil rights laws. In addition to having bipartisan support in Congress with 246 cosponsors, 121 major corporations have also joined HRC’s Business Coalition for the Equality Act. Discrimination is a real and persistent problem for far too many LGBTQ Americans. HRC polling has found that nearly two-thirds of self-identified LGBTQ Americans report experiencing discrimination. 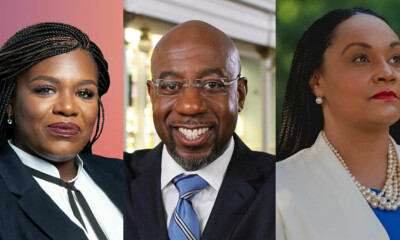 Making a Difference in Your LGBTQ Students’ Lives