The Human Rights Campaign Foundation released LGBTQ Intimate Partner Violence and COVID-19, which demonstrates the disparities in rates of intimate partner violence between LGBTQ and non-LGBTQ communities, shows how these rates are likely to increase during COVID-19 and offers solutions to address these rising rates of violence.

The Human Rights Campaign Foundation released LGBTQ Intimate Partner Violence and COVID-19, which demonstrates the disparities in rates of intimate partner violence between LGBTQ and non-LGBTQ communities, shows how these rates are likely to increase during COVID-19 and offers solutions to address these rising rates of violence.

“Our isolated environment, as well as the numerous financial and additional stressors brought by COVID-19, creates an increased risk of intimate partner violence --  a risk which is that much higher for LGBTQ people,” said HRC Legal Director Sarah Warbelow. “COVID-19 has impacted the financial stability and wellness of individuals and families everywhere. Advocates, lawmakers and the general public must seriously consider the impact this pandemic has had on the rates of interpersonal violence and look to ways to address this issue from a legislative, data and cultural level.”

As the inevitable economic and health consequences of COVID-19 continue to unfold across the globe, the national media and leading professional organizations like the American Psychological Association have responded to the devastating increased risk of intimate partner violence.

To address the high rate of interpersonal violence in the LGBTQ community, which research shows is likely to increase during COVID-19, HRC is calling on Congress to reauthorize the Violence Against Women Act (VAWA), originally passed by Congress and signed into law by President Clinton in 1994 and reauthorized by strong bipartisan majorities in 2000, 2005, and 2013. The 2013 reauthorization provided explicit protections for LGBTQ people, Native women and undocumented immigrants. Unfortunately, the act has not been reauthorized in the years since.

Additionally, organizations and providers -- including law enforcement and health care workers -- must develop core cultural competencies to best serve this community. The Department of Justice has previously identified that gender bias may result in law enforcement officers providing a form of less protection to certain victims on the basis of gender, failing to respond to crimes that disproportionately harm a particular gender, or offering less robust services due to a reliance on gender stereotypes. The Justice Department specifically provides that bias can result in misclassifying or underreporting cases of sexual assault and intimate partner violence cases. Bias and stereotypes can also lead to dismissal of sexual assault or violence complaints as “family matters” rather than as crimes. 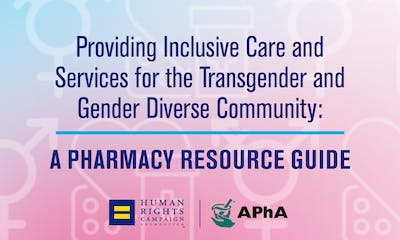