“Senator Kamala Harris is nothing short of an exceptional choice for Vice President,” said Alphonso David, President of the Human Rights Campaign.

An earlier version of this release neglected to mention that the marriage performed by Kamala Harris was the first after the ban restricting marriages to same-sex couples was lifted by courts. Approximately 18,000 same sex couples in California celebrated their marriages prior to Proposition 8 in 2008.

“Senator Kamala Harris is nothing short of an exceptional choice for Vice President,” said Alphonso David, President of the Human Rights Campaign. “Throughout her groundbreaking career, Senator Harris has been an outspoken advocate for the LGBTQ community, standing with us when many, even sometimes those within her own party, did not. As a presidential candidate, Harris spoke with deep understanding of and empathy for the issues our community faces. It’s clear the Biden-Harris ticket marks our nation's most pro-equality ticket in history. Now it's time to come together, unite like never before, and turn the page on the Trump-Pence brand of lies and hate.”

In 2013, following the lifting of California's ban on same-sex marriage, Kamala Harris officiated the first subsequent marriage between a same-sex couple in the state between Proposition 8 plaintiffs Kris Perry and Sandy Stier.

As a Presidential candidate, Harris released one of the most substantive LGBTQ policy agendas of any candidate in the presidential field. She attended the historic HRC-CNN Power of our Pride Town Hall where she discussed her in-depth agendas to combat HIV/AIDS among black and brown people and reduce violence against the transgender and gender non-conforming community, particularly Black transgender women.

As Senator of the state with the highest number of LGBTQ people in our nation, Kamala Harris has been one of our community’s strongest allies in Congress earning a perfect 100 on every HRC Congressional Scorecard while serving in the U.S. Senate. She co-sponsored the Equality Act, crucial federal legislation that would finally guarantee explicit protections for LGBTQ people under our nation's existing civil rights laws. She supports efforts to prevent anti-LGBTQ bullying in schools, opposed using religion as a license to discriminate, and supports banning harmful “conversion therapy.” She called on all of us to speak out against transphobia and homophobia and challenged our nation to do better, and combat the underlying struggles that lead to continued violence against our community. She defended the Affordable Care Act and advocated for inclusive, substantive health care for people with preexisting conditions and LGBTQ people. As Attorney General of California, she helped end the use of “gay panic defenses” and refused to defend the discriminatory Proposition 8 -- a 2008 California ballot measure that eliminated the right for same-sex couples to marry -- a position that was eventually upheld by a federal judge. 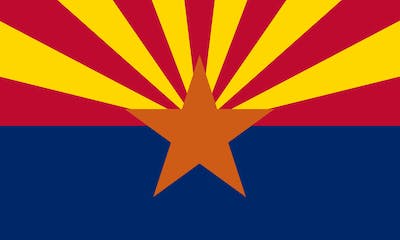