HRC was honored to be a part of the return of “Will & Grace.”

Last night, HRC was honored to be a part of the return of “Will & Grace.”

Our logo, which has become synonymous with the fight for equal rights for LGBTQ Americans, was proudly displayed in Will’s apartment in the latest episode. 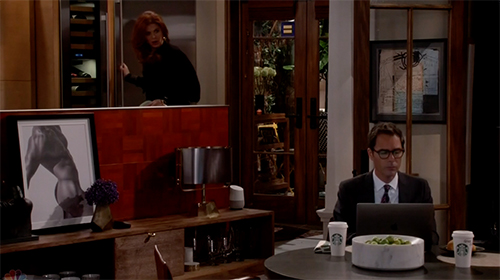 Thanks to the work of long-time HRC supporters and “Will & Grace” co-creators Max Mutchnick and David Kohan, the series was critical to changing hearts, minds and American culture.

That’s why last night, HRC members and supporters across the nation gathered to watch the premiere. From Los Angeles to New York, Las Vegas to Atlanta, thousands gathered to watch their favorite characters reunite. Fans of the show were not disappointed, as the first episode addressed the current political reality head-on. It’s clear Will & Grace will continue to lead America’s understanding of LGBTQ issues, and HRC is glad to be a part of the show!

Tonight, @HRC hosted watch parties across the nation for the first episode of the #WillandGrace reboot. pic.twitter.com/A6eyntpUa1

“Will & Grace” originally aired while we battled for marriage equality state by state and took on anti-LGBTQ legislation. Now, under the anti-LGBTQ Trump-Pence administration, “Will & Grace” is once again setting the dialogue on LGBTQ politics in America.

There is no doubt that ”Will & Grace” was integral in the fight for LGBTQ equality and that its message of love, acceptance and celebration are more important than ever. We are looking forward to the rest of the season!

Click here for your own HRC decal and click here to purchase a “Make America Gay Again” hat.