HRC joined the Tennessee Equality Project at the General Assembly in Nashville to monitor hearings on anti-LGBTQ legislation.

While HRC has continuously monitored Tennessee’s growing list of anti-LGBTQ legislation via online video, this was an opportunity to watch in person as legislation was debated on the Senate floor. SB 127, sponsored by Sen. Mark Green (R-Clarksville), was passed in committee and will be up for a floor debate and vote over this week.

If passed, SB 127 could allow taxpayer-funded discrimination against LGBTQ Tennesseans and their families. Specifically, SB 127 would prohibit cities and state agencies from implementing policies that bar taxpayer funds from being used by businesses, organizations, contractors, and grantees to discriminate against LGBTQ people in employment policies.

On the first day of the ground action, HRC and TEP worked closely lobbying against the bill and helping advocates not only understand the impact that SB 127 would have on the ability of local governments to protect their citizens, but also the window to discrimination this legislation would open if passed. After debate on the far reaching harms of SB 127, the bill was rolled to the next day’s calendar.

Responding to concerns about the discriminatory impact of the bill, Sen. Green subsequently offered as a “fix” an amendment to exclude “internal policies.” However, this simply demonstrated that the bill is fundamentally discriminatory and would still have a negative impact on LGBTQ Tennesseans, which has no statewide law protecting LGBTQ people from unfair and unjust discrimination. The bill was again moved to the next day’s calendar.

The marriage bills would attempt to defy the Supreme Court’s decision in Obergefell v Hodges, which made marriage equality the law of the land. After beginning the press conference, local Tennessee advocates, including advocates from “We Are Watching,” spoke out against Beaver and Pody as they read their proposed marriage bill. Beavers and Pody abruptly stopped the press conference and left without answering questions from the advocates.

Day Two wrapped up with local advocates reaffirming their commitment to fight back against anti-LGBTQ legislation and continuing to show up to voice their concerns. On the third day of action, Sen. Green offered to roll the debate of the amendment and vote on the bill to the following weeks calendar.

Last week, SB 127 and the amendment were debated and legislators still questioned the bill’s attempt to take bar cities and state government agencies from taking action to protect Tennesseans from discrimination in personnel and employee benefit policies. The amendment was passed but the bill has been referred to the Senate State and Local Government Committee for further review.

We were able to slow down the movement of SB 127, but Tennessee currently has 15 pieces of anti-LGBTQ legislation that is very much alive. After spending a few days in the legislature, there is no doubt that supporters of LGBTQ equality will continue to stand up to discrimination against LGBTQ Tennesseans and continue to bring the fight to the capitol.

HRC remains on alert this year as bills move in Tennessee and across the nation. To date, HRC is tracking nearly 100 anti-LGBTQ bills in 28 states. If you live in Tennessee, join HRC and Tennessee Equality Project for the final Day of Advocacy at the Tennessee General Assembly on April 4 to tell legislators that discrimination has no place in Tennessee. Contact hope.jackson@hrc.org for more information. 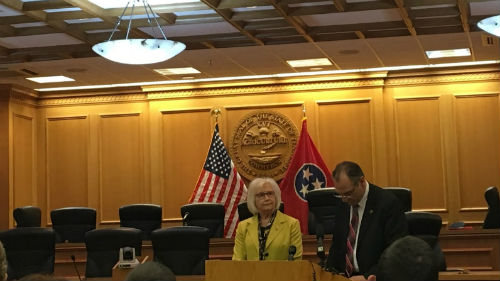 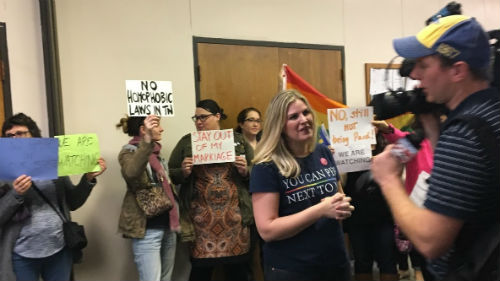 Local advocates show up to fight against the anti-LGBTQ agenda of Sen. Beavers and Rep. Pody. 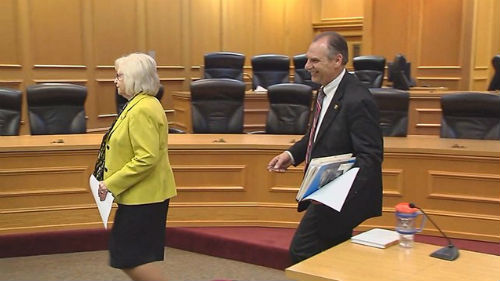 Sen. Beavers and Rep. Pody aburptly end the press conference when confronted by advocates for equality.