In its fourth year, this premier event addresses safety, inclusion and well-being for LGBTQ and questioning youth, and bring together youth-serving professionals to discuss best practices for working with and caring for LGBTQ youth and their families in schools, community centers, healthcare settings, and beyond. The annual event is held in partnership with the American Counseling Association and the National Education Association, with AT&T and Toyota as presenting sponsors.

Action got underway in the morning with a trip to Capitol Hill as many Time to THRIVE attendees joined 2017 LGBTQ Youth Policy Lobby Day. Members and supports of HRC as well as partner organizations GLSEN, PFLAG, The Trevor Project and True Colors Fund met with lawmakers throughout the day to discuss important issues impacting LGBTQ youth. 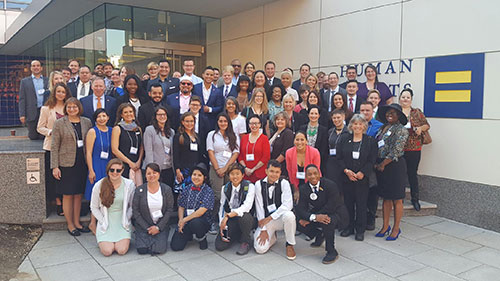 I am honored to receive the Upstander Award from @HRC at its #TimeToTHRIVE Conference in support of LGBTQ youth!

Couric, who served as the executive producer and host of the National Geographic documentary Gender Revolution: A Journey with Katie Couric, spoke about challenging preconceived notions and touted youth-serving professionals who keep tough conversations going in order to help change hearts and minds. Watch her full speech below:

Senator Al Franken (D-WI) was a featured speaker and highlighted the critical importance of students having a safe and secure learning environment. The senator also commended those teachers, principals and school counselors who do all that they can to make schools welcoming places for LGBTQ students.

I firmly believe that it's not just part of my job, but also my responsibility as an adult, to help all children flourish. #TimeToThrive pic.twitter.com/Q90qpZWvTT

Time to THRIVE is the premier national convening of educators and youth-serving professionals to build awareness and cultural competency, learn current and emerging best practices and gather resources from leading experts and national organizations in the field. Time to THRIVE takes place April 28-30, 2017 at the Washington Marriott Wardman Park in Washington, D.C. 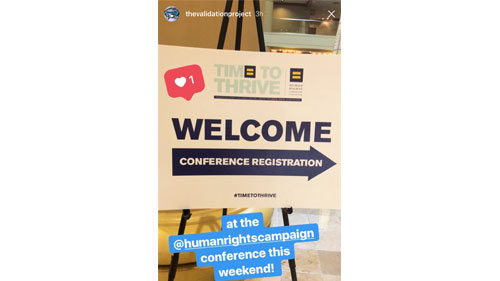