More than 160 top U.S. businesses with operations in all 50 states and more than 8.5 million employees, are backing historic, bipartisan federal legislation that would finally add LGBTQ people to America’s civil rights laws.

HRC announced that an unprecedented 164 leading businesses have joined HRC’s Business Coalition for the Equality Act. With a combined operation in all 50 states, headquarters in 27 states, more than $3.8 trillion in revenue, and more than 8.7 million employees across the United States, these companies know how important it is to have a federal legal standard that guarantees all employees the same rights and protections — no matter where they live.

Expected to be introduced in Congress next week, the bipartisan Equality Act would finally add clear, comprehensive non-discrimination protections for LGBTQ people to our nation's civil rights laws. Currently, 50 percent of LGBTQ Americans live in the 30 states that still lack statewide legal non-discrimination protections, leaving their residents and visitors at risk of being fired, denied housing, or refused service because of who they are or who they love.

“The more than 160 leading American companies that have joined HRC's Business Coalition for the Equality Act are sending a loud and clear message that the time has come for full federal equality,” said HRC President Chad Griffin. "By standing with the LGBTQ community and joining the fight to pass the Equality Act, these companies are demanding full federal equality for the more than 11 million LGBTQ people in this country who deserve to earn a living, raise their families and live their lives free from discrimination. These leading employers know that protecting their employees and customers from discrimination isn’t just the right thing to do — it’s also good for business.”

“At The Hershey Company, we recognize that our talented employees are our business edge, and that retaining our place as the market leader in our category requires the best talent,” said Kevin Walling, Hershey’s Chief Human Resources Officer. “To help us achieve our goal of recruiting the nation’s top employees, we know that we must foster a business culture that is welcoming to all, regardless of sexual orientation, or gender, or race, or other status.  By the same token, if our nation is to compete on a global stage, our federal laws must ensure that all employees are treated with the same respect.  That is why The Hershey Company supports the Human Rights Campaign and the Equality Act.”

“At Kellogg, we firmly believe in diversity, equality and inclusion in the workplace, marketplace and in the communities where we work and live,” said Mark King, Global Head, Diversity & Inclusion, Kellogg Company. “Supporting the Equality Act demonstrates our continued commitment to creating an environment in which all employees are included, treated with dignity and respect, and are empowered to achieve their full potential.”

“As one of the world’s leading innovators with more than 165 years of life-changing inventions, we know how important it is to foster an environment where every individual is treated with dignity and respect,” said Christy Pambianchi, Executive Vice President, Corning Incorporated. “Consistent with Corning’s Values, we believe in equal treatment for all employees regardless of sexual orientation and gender identity. LGBTQ people are our innovators, our friends, our family members, and our neighbors, and they deserve to be able to live their lives free from discrimination or harassment.”

"All Americans expect to be treated fairly, with dignity and respect, in the workplace and in their communities," said Jacqueline Williams-Roll, Chief Human Resources Officer, General Mills. "General Mills is proud to support the Equality Act to ensure that the promise of our democracy is upheld for LGBT Americans across the country.”

“Siemens takes great pride in its diversity in all its forms and is deeply committed to respecting and protecting the equal rights of all of our employees, including our LGBT colleagues. Siemens has publicly stated our support for non-discrimination ordinances across the country and we are reiterating that support for the federal Equality Act.  We are proud that our company reflects all the communities we serve and the many people with whom we do business. Having a workforce drawn from all segments of society is both the right thing to do and a core part of our business strategy. It is inextricably linked to our productivity, product quality, revenue, and commercial success. Our goal is to create value on a daily basis for customers and society and the diversity of our employees is one of our greatest assets in achieving this goal.”

Recent polling shows that a growing majority of Americans support federal non-discrimination protections and LGBTQ equality. A recent survey by PRRI found that seven in 10 Americans (71 percent) support laws like the Equality Act. In addition, post-election polling from HRC found that 60 percent of voters in the 2018 midterms opposed the Trump-Pence administration’s reported plans to define gender entirely by sex assigned at birth, thereby potentially excluding transgender people from civil rights protections. Overall, voters also identified protecting the rights of groups targeted by the Trump-Pence administration as their top reason for voting to flip the U.S. House. 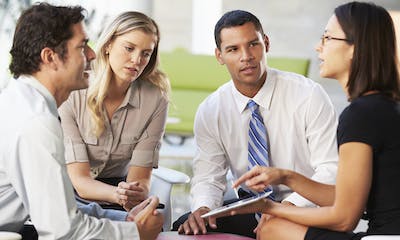 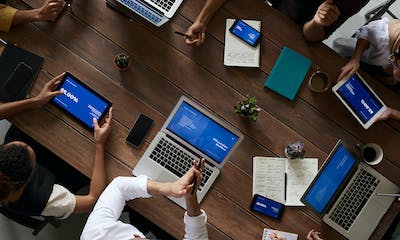