Last week, President Donald Trump quietly nominated anti-LGBTQ extremist Tennessee State Senator Mark Green as Secretary of the Army. If confirmed, he would succeed Eric Fanning, who made history as the first openly gay person to lead a branch of the U.S. military. Green’s nomination and possible confirmation to the post has alarmed LGBTQ organizations across the country.

"Mark Green’s radical and extreme views about LGBTQ people, including those in uniform, are outrageous, and confirming him as Secretary of the Army would send an incredibly dangerous message down the chain of command,” said Stephen Peters, Human Rights Campaign spokesman and a former Marine discharged under the "Don't Ask, Don't Tell" policy.

Putting Mark Green in charge of the U.S. Army would send an incredibly dangerous message down the chain of command. We must #StopMarkGreen.

In his first public statement since being picked by Trump as his nominee for Secretary of the Army, Green attempted to deflect concerns regarding his blatantly offensive record on LGBTQ rights.

"I was nominated by President Trump to do one job: serve as his secretary of the Army," Green said in a statement to the Army Times on Tuesday. “If confirmed, I will solely focus on making recommendations to him on how to keep our country safe and secure. Politics will have nothing to do with it."

Here’s a sampling of the vicious and dangerous “politics” Green has been advancing:

His Offensive Attacks on Transgender People

Green has described former President Obama’s guidance protecting transgender students as an example of “tyrannical government” and said that being transgender is a “disease.”

As a State Senator, Green supports legislation giving businesses a license to discriminate against LGBTQ people. He sponsored an anti-transgender bill, and opposed state nondiscrimination protections based on sexual orientation or gender identity.

From the repeal of “Don’t Ask Don’t Tell” to allowing transgender service members to serve openly, the U.S. military made historic strides for LGBTQ equality during the Obama Administration. Mark Green’s radical views are dangerous, and his blatant disregard for the law following the Supreme Court’s decision to uphold marriage equality should disqualify him from such a crucial position. More importantly, his extreme views pose a great harm to the thousands of LGBTQ service members who risk their lives everyday to keep our country safe. 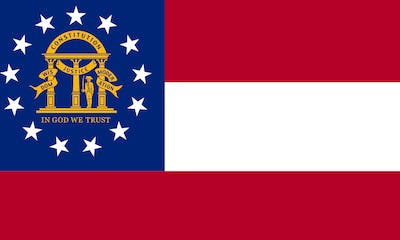