HRC Texas Field Organizer Criss Ruiz on the determination and motivation within the LGBTQ and allied community in Texas.

When I worked at Pulse nightclub in Orlando, it was more than just another place to work -- it was family. After last year's hate-motivated attack, it was inspiring to see how the LGBTQ community and allies came together to heal and protect those still in need.

In January, I began work as an HRC Texas Field Organizer in Dallas. In spite of the hate-filled words and harmful legislation put forward and supported by some, I was heartened to see how LGBTQ community members and friends and family stepped up and filled our phone banks, attended press events and rallies. No matter what hateful rhetoric was spewed, our community rose up and showed compassion.

My transgender friends, old and new, and their families continue to step forward and say "Don't Discriminate in the Lone Star State." They are speaking truth to power, and my HRC colleagues and I are helping to identify, mobilize, and amplify their voices.

When Governor Greg Abbott called a special session of the legislature, HRC's Texas field team of six all moved to Austin where we were joined by other HRC staff and advocates from allied organizations here in Texas. Together we have created an unprecedented grassroots campaign motivated by love and community.

While I will always be Orlando proud, my heart is filled with love and determination in Texas.

As the eyes of the nation are focused on Austin, it is our love that will ultimately prevail. One love. #YAllMeansAll.

Join our efforts. Anyone in Texas should text "TX House" to 30644 to be connected with your House member during business hours. Tell them "Don't Discriminate Against Transgender Texans." We also need volunteers in Austin and around the state -- sign up here. The special session ends August 16. 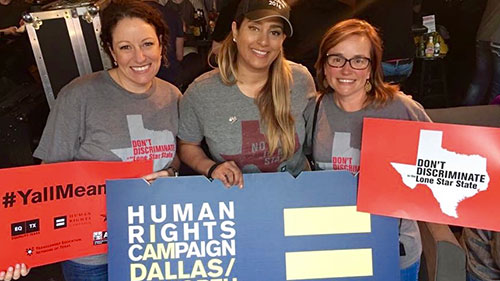 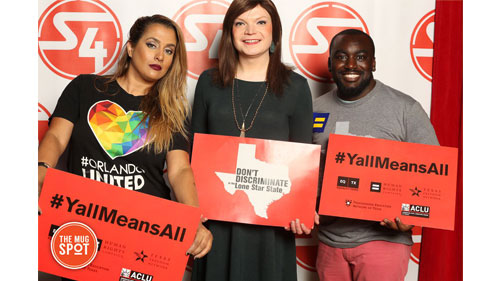 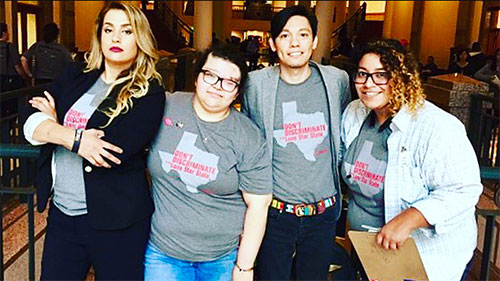