Today, HRC announced that former Attorney General of the United States Eric Holder will deliver remarks at the Human Rights Campaign’s 22nd annual National Dinner on Saturday, September 15, 2018, in Washington, DC. The program will also feature trailblazing Virginia Delegate Danica Roem and candidate for Nevada Secretary of State, Nelson Araujo. Earlier in the day, Stacey Abrams, the Democratic nominee for governor of Georgia who is energizing statewide grassroots support, will address key HRC leaders and members from across the country. The weekend of events, held in Washington, D.C., helps to raise necessary and crucial funds in the fight for LGBTQ equality.

Former Attorney General Eric Holder was a leader on LGBTQ issues during his time leading the U.S. Department of Justice, including the fight for marriage equality. Under his leadership, the Department of Justice issued a brief in support of the lawsuit seeking to overturn the Defense of Marriage Act, key parts of which were struck down by the U.S. Supreme Court in 2013. Since his time in office, Holder has focused on fighting gerrymandering and preparing for Congressional redistricting that will take place after the 2020 Census.

“As attorney general for the most pro-equality administration in history, Eric Holder has had a profound impact on the lives of countless Americans, and he played a crucial role in laying the groundwork for marriage equality and many of the rights LGBTQ people enjoy today,” said HRC President Chad Griffin. “Now through his leadership of the National Democratic Redistricting Committee, Eric Holder continues to be a champion of civil rights, helping to fight partisan gerrymandering and safeguard the fundamental right to vote.”

As a candidate for governor, Georgia House of Representatives Democratic Leader Stacey Abrams has made LGBTQ equality a centerpiece of her candidacy, vowing to fight any anti-LGBTQ laws passed by the Georgia General Assembly. She has also made clear that Georgia must be a welcoming place for all, repeatedly noting that if Georgia wants to continue being a hub for business and innovation, it must not pursue policies that would discriminate against LGBTQ Georgians.

“Stacey Abrams is inspiring Americans across the state of Georgia and around the country through her historic campaign for governor,” Griffin continued. “As a stalwart supporter of LGBTQ equality, Leader Abrams is fighting for the rights of all Georgians. HRC is on the ground working tirelessly to help ensure she prevails on Election Day.”

Virginia Delegate Danica Roem and Nelson Araujo, who is running to become Nevada’s next Secretary of State and the first out LGBTQ person elected to statewide office in Nevada, will also speak on HRC’s National Dinner stage.

“As we work to turn out millions of LGBTQ voters across the nation, we are thrilled to welcome two trailblazing elected officials, Danica Roem and Nelson Araujo,” Griffin said. “Virginia Delegate Danica Roem made history last year when she defeated one of Virginia’s most vhemently anti-LGBTQ politicians and became the only out transgender state representative in the nation. And this fall, HRC is working to help Nelson Araujo make history in his own right by becoming Nevada’s first Latinx Secretary of State and the first LGBTQ Nevadan to be elected statewide.”

Delegate Danica Roem is the first out transgender person to be elected in Virginia and the first out-and-seated transgender state legislator in American history. Roem unseated former Delegate Bob Marshall, Virginia's self-described "chief homophobe" who authored several anti-LGBTQ bills throughout his 26 years in office. In addition to working to make Virginia a more inclusive commonwealth for all, Delegate Roem is committed to serving her constituents by focusing on traffic, jobs, schools and government accountability. She's also working to pass non-discrimination protections for LGBTQ people, improving affordable access to health care, updating the Virginia Human Rights Act to include gender identity and sexual orientation, and removing the outdated, unconstitutional language on marriage equality that still exists in the Virginia code and constitution.

Nelson Araujo is running for Nevada Secretary of State and has been a member of the Nevada State Assembly for two terms, serving as Assistant Majority Leader in the most recent legislative session. Throughout his time in the State Legislature, he has consistently led the fight on LGBTQ equality, and was instrumental in last year’s push for a statewide ban on so-called “conversion therapy” for minors. He was also political co-chair of the HRC Las Vegas steering committee from 2011 to 2014. If elected, Araujo would be the first Latinx Nevada Secretary of State and the first out LGBTQ person elected to statewide office in Nevada. 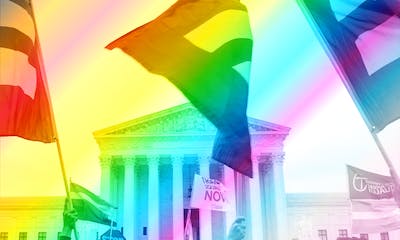 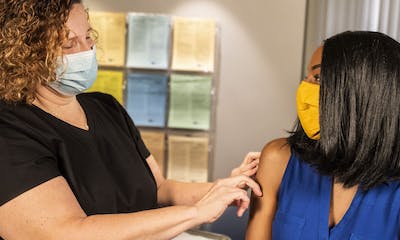