Fairness and equality are under attack in Anchorage, Alaska, where anti-LGBTQ activsts are pushing a dangerous and discriminatory ballot measure.

Fairness and equality are under attack in Anchorage, Alaska, where anti-LGBTQ activsts are pushing a dangerous and discriminatory ballot measure. On April 3, voters will be asked to weigh in on Proposition One, a proposal that would rip away crucially important non-discrimination protections and enshrine discrimination into law by forcing transgender residents to use facilities that are inconsistent with their gender identity.

HRC is on the ground working closely with Fair Anchorage, a coalition of local and national organizations working to uphold the city’s LGBTQ non-discrimination ordinance and ensure that Anchorage remains a safe and welcoming place for everyone. In 2015, Anchorage passed its non-discrimination ordinance, and now Prop 1 threatens to destroy it and undermine the accomplishments and hard work of fair-minded Alaskans.

Fair-minded voices across the spectrum are speaking out. Just last week, the Anchorage Chamber of Commerce, a business organization with nearly 1,000 members representing roughly 50,000 employees, came out publicly against Prop 1 after its board of directors voted unanimously to oppose the harmful proposal.

“The Anchorage Chamber of Commerce believes that passing Proposition 1 would be detrimental to business in the city,” Chamber President Bruce Bustamante said in a statement.

“Many conferences and potential new business would be lost due to this discriminatory legislation which would convey the message that Anchorage is not a welcoming city,” Bustamante continued. “At a time when all businesses are working to stay competitive and keep workers employed, we simply can’t afford such a discriminatory initiative.”

Art Clark, the Chamber’s legislative co-chair, explained that similar discriminatory laws passed in other cities and states have negatively impacted the economy: “There is a strong possibility that we might have events that would be interested in relocating because of that [Prop 1] and we could see similar concerns right here in Alaska."

There’s a very clear reason why businesses oppose these type of proposals and Republican governors in some of the most conservative states have vetoed them. Discrimination not only harms people, but it’s also very bad for business. All voters have to do is consider the harmful outcome of a similar law in North Carolina. Estimates show that the state’s fight over HB2, a deeply discriminatory anti-transgender law, cost North Carolina thousands of jobs and hundreds of millions of dollars in economic activity. That’s the last thing Anchorage needs.

On April 3, it’s essential that Anchorage voters vote NO on Prop 1. 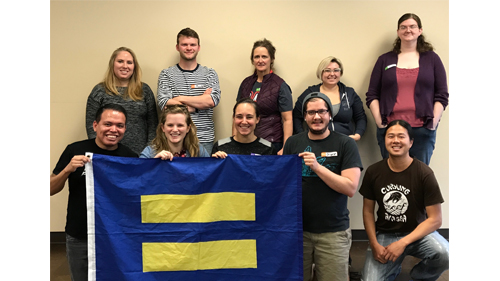