On Tuesday, HRC President Chad Griffin and HRC National Field Director Marty Rouse visited Anchorage, Alaska, to support local coalition efforts to defeat Proposition 1. The dangerous and discriminatory ballot measure would rip away crucially important non-discrimination protections and enshrine discrimination into law by forcing transgender people to use facilities that are inconsistent with their gender identity.

Griffin and Rouse were able to meet with local transgender residents and HRC members whose lives would be negatively impacted by the dangerous  proposition, including David and Col Lockard, a father and his transgender teenage son that have spoken out in campaign ads to show the real people that Proposition 1 would harm. Griffin and Rouse also met with Anchorage Mayor Ethan Berkowitz, who signed the city’s LGBTQ-inclusive nondiscrimination ordinance into law in 2015, and with other Anchorage residents

With just a few days remaining in the campaign, a growing list of bipartisan Anchorage community leaders and businesses have come out against the discriminatory proposition including leaders from faith communities, the Anchorage Economic Development Corporation, Anchorage Chamber of Commerce, the superintendent of public education and both mayoral candidates.

Christopher Cooke, HRC Western Regional Field Organizer, will continue to work on the ground in Anchorage with coalition partners until the final ballots are cast on Tuesday, April 3. Anchorage residents can sign up to volunteer here and find information on voting here. 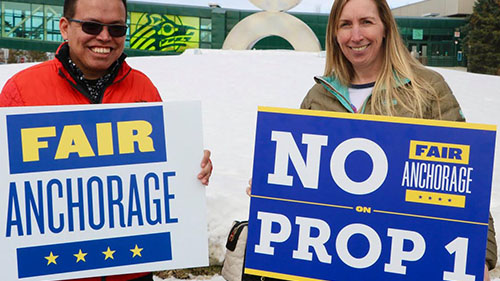 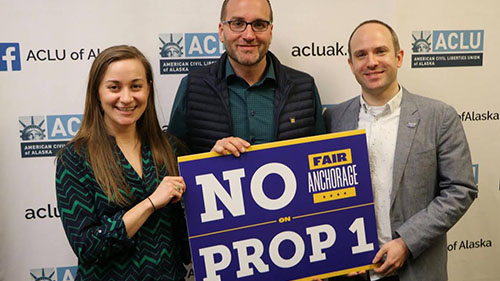 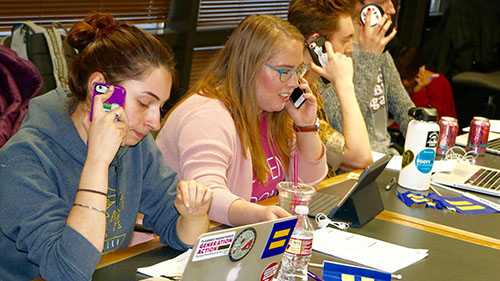 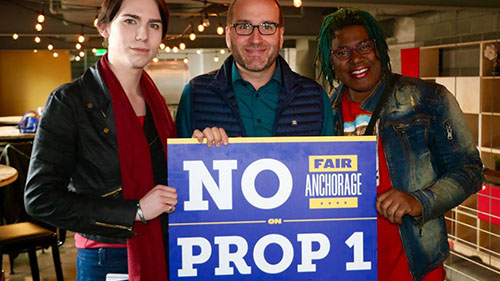 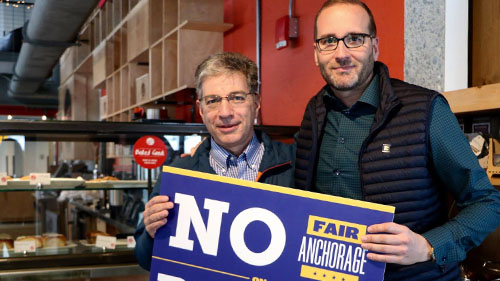 The Bi+ Community’s Need for the Equality Act