Young people will soon make up a third of the U.S. viting population. With progressive views on LGBT rights, young voters are leading the charge for equality.

Young people will soon make up a third of the U.S. viting population. With progressive views on LGBT rights, young voters are leading the charge for equality.

Here's a few ways young voters can still encourage their peers to hit the ballot box.

Text More than half of young voters said a text was a helpul reminder to vote. Plus, students who received texts in the lead-up to an election said they were more excited to vote by a margin of 23 percent.

Facebook Two-thirds of us are already on Facebook - use it for good! In 2008, more than half of young voters in simg states said they checked Facebook everyd day to get information on a candidate or issue.

Blog Sharing your opinions and being vocal about issues can be contagious. Young voters who friends have political blog are 50 percent more likely to pay attention to the election.

Email Sixty percent of students are more likley to pay attention to the Election after receiving a message from peers about issues that are important to them.

There's still time to make a difference at the ballot box. Learn more about how to get involved and get the facts with HRC's Election Center. 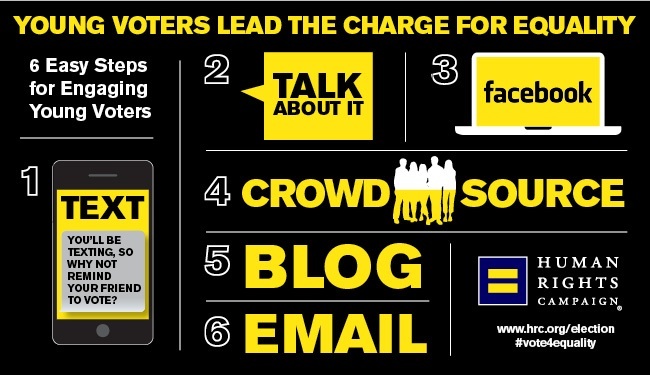 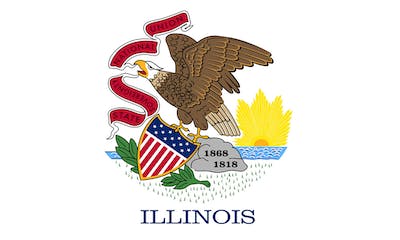