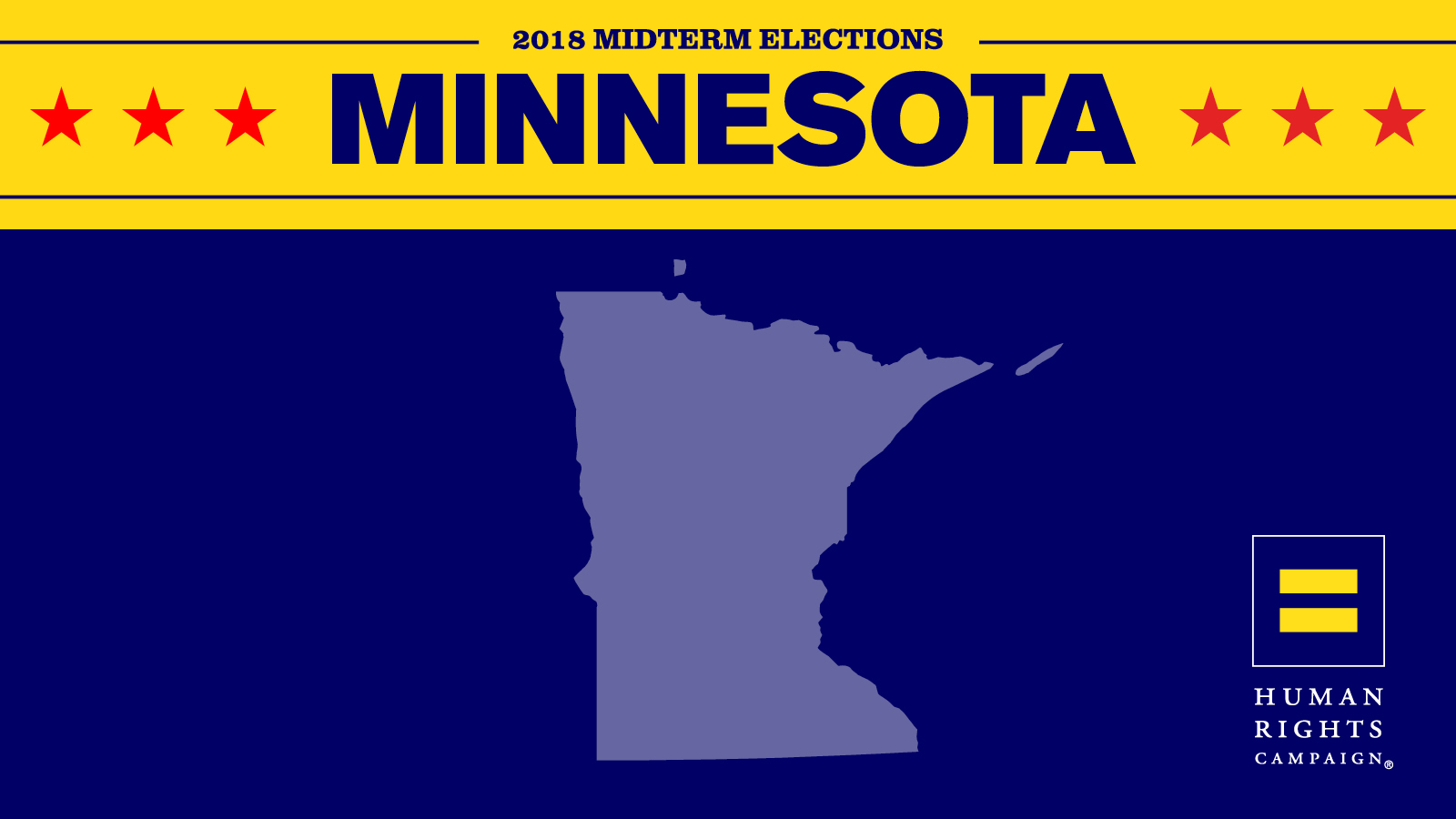 Tonight, Minnesota rejected Donald Trump and Mike Pence’s politics of bigotry and fear and made history by electing bold pro-equality champion Angie Craig as Minnesota’s first openly LGBTQ person elected to Congress,” said HRC President Chad Griffin. “Since last summer HRC has organized more than 750,000 equality voters across the state and we are proud to have put these candidates across the finish line. Tonight we celebrate this incredible moment and tomorrow we look forward to rolling up our sleeves and getting to work with Craig, and Senators Tina Smith and Amy Klobuchar, to check the Trump-Pence administration’s hateful agenda and ensure the safety and dignity of all Minnesotans.”

HRC had six staff on the ground across Minnesota and, working with scores of volunteer organizations, led field organizing efforts around the state to mobilize voters in support of HRC-backed, pro-equality champions including Klobuchar and Smith, Governor-elect Tim Walz, Representatives-elect Craig, Dean Phillips and others who will fight for LGBTQ rights, and for the rights and welfare of all Minnesotans. Over the last four days in Minnesota, HRC members and supporters knocked on over thousands of doors and texted over 21,000 Minnesotans voting resources and reminders. In addition to robust door-to-door, mail and phone canvassing in partnership with local groups, HRC hosted four Equality Action Academy trainings to give HRC members and supporters the tools they need to take action locally in legislative advocacy and in support of pro-equality candidate campaigns.

HRC’s Equality Votes PAC invested more than $3 million in an ad blitz focused on voter engagement and turning out the vote in key states and congressional districts--including Minnesota’s 2nd Congressional District in support of Angie Craig. The digital advertising focused on educating over 83,000 voters about early voting options, mobilizing them to turn out on November 6th, and holding Trump-enabling like Jason Lewis accountable for his extreme positions on issues such as health care, immigration, reproductive rights, LGBTQ rights and more.

Klobuchar and Smith both won re-election by defeating anti-LGBTQ candidates State Rep. Jim Newberger and State Sen. Karin Housley. Throughout her career, Amy Klobuchar has been a leading advocate for equality in the U.S. Senate. She is an original cosponsor of the Equality Act, crucial federal legislation that would finally guarantee comprehensive protections for LGBTQ people under our nation's civil rights laws. Smith has championed equality, justice and fairness during her time in public service. As chief of staff for Minnesota Governor Mark Dayton, she was integral in the push for statewide marriage equality in 2013 and helped pass anti-bullying legislation. Smith is also a cosponsor of the Equality Act.

Craig ousted heinously anti-LGBTQ Rep. Jason Lewis, an opponent of marriage equality who received a zero on HRC’s Congressional Scorecard, which measures support for LGBTQ equality. As the former head of global human resources of St. Jude’s Medical, a Fortune 500 company, Craig also worked to advance equality within her company and enlist the business community’s support for marriage equality across Minnesota. As a member of the U.S. House, Craig pledges to support the Equality Act.