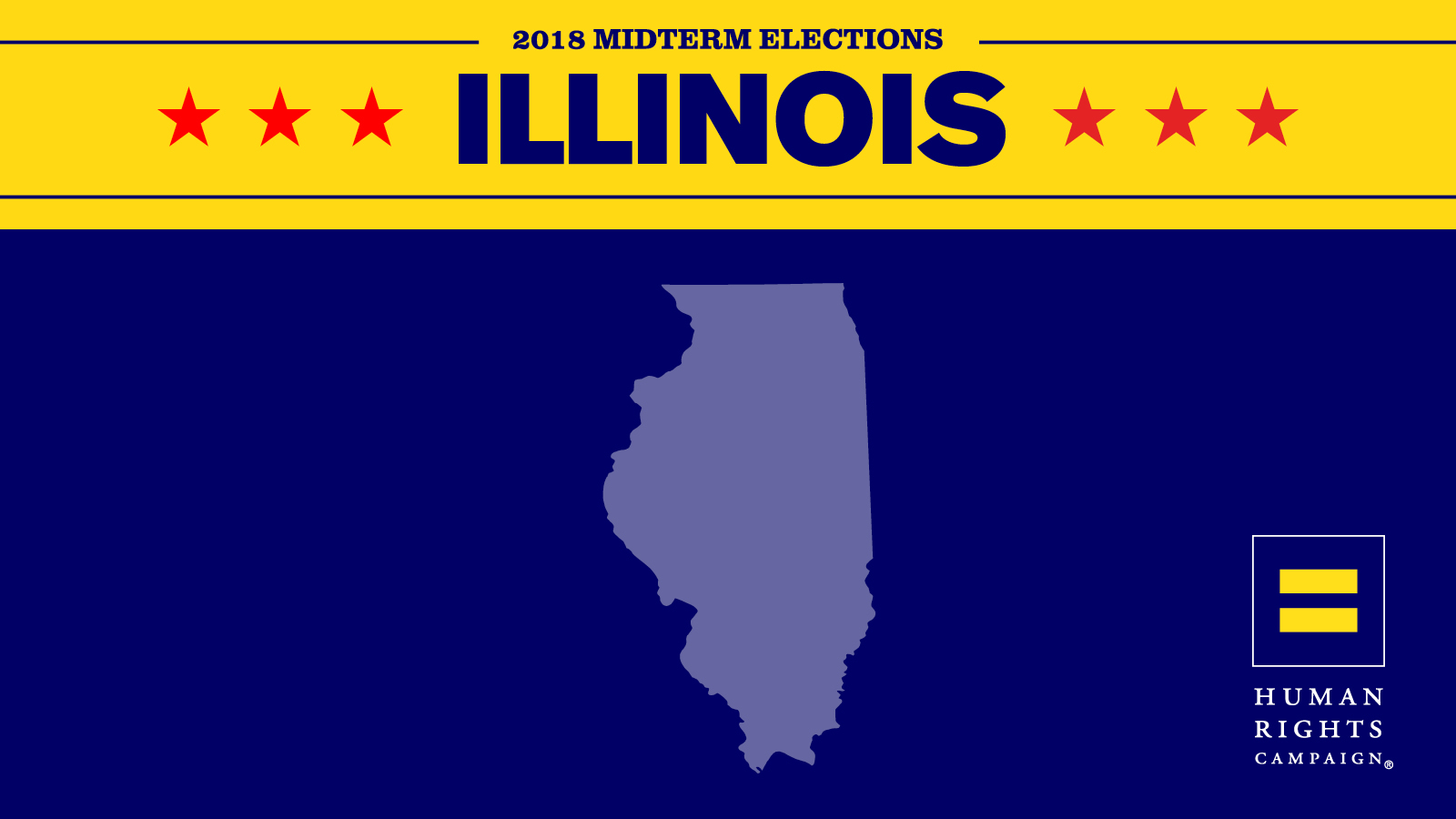 “Tonight, Illinois rejected the Trump-Pence administration’s politics of bigotry and fear and elected bold pro-equality champions Sean Casten and Lauren Underwood to Congress and J.B. Pritzker to the governor’s mansion,” said HRC President Chad Griffin. “Since last summer HRC has worked to organize over 2.5 million equality voters across the state and we are proud to have put these candidates across the finish line. Tonight, we celebrate this incredible moment and tomorrow we look forward to rolling up our sleeves and getting to work with Pritzker, Casten and Underwood to check the Trump-Pence administration’s hateful agenda.”

HRC had eight staff on the ground across Illinois, and, working with scores of volunteer organizations, led field organizing efforts around the state to mobilize voters in support of HRC-backed, pro-equality champions including Governor-elect Pritzker, Representatives-elect Casten and Underwood, and others who will fight LGBTQ rights, and for the rights and welfare of all Illinoisans. Just this past weekend in Illinois, HRC members and supporters knocked on over 600 doors.

Governor-elect Pritzker is committed to fighting hate wherever it occurs by rooting out bullying in schools and enforcing workplace non-discrimination laws. He will work with the legislature to pass annual budgets that invest in social service agencies that address the unique challenges facing the LGBTQ community. As governor, he is committed to not only ensuring the LGBTQ community has a seat at the table, but also ensuring they are equal partners in the fight to make equality a lived reality for all.

Underwood ousted anti-LGBTQ Rep. Randy Hultgren, who has consistently received a zero on HRC’s Congressional Scorecard that measures support for LGBTQ equality. A longtime registered nurse and medical professional, Underwood has spent her career fighting for affordable and accessible health care. She is a strong champion of LGBTQ equality and supports marriage equality and the Equality Act, crucial federal legislation that would finally guarantee comprehensive protections for LGBTQ people under our nation's civil rights laws.

As a community leader, scientist and clean energy entrepreneur, Casten has spent his career advocating for pragmatic policy solutions, fighting climate change and creating jobs in his district and across America. In Congress, Casten will be a staunch advocate for LGBTQ equality. He supports the Equality Act and the Employment Non-Discrimination Act, legislation ensuring that LGBTQ workers cannot be discriminated against in the workplace and hiring process. Casten unseated anti-LGBTQ Rep. Peter Roskam, who has consistently received a zero on HRC’s Congressional Scorecard.