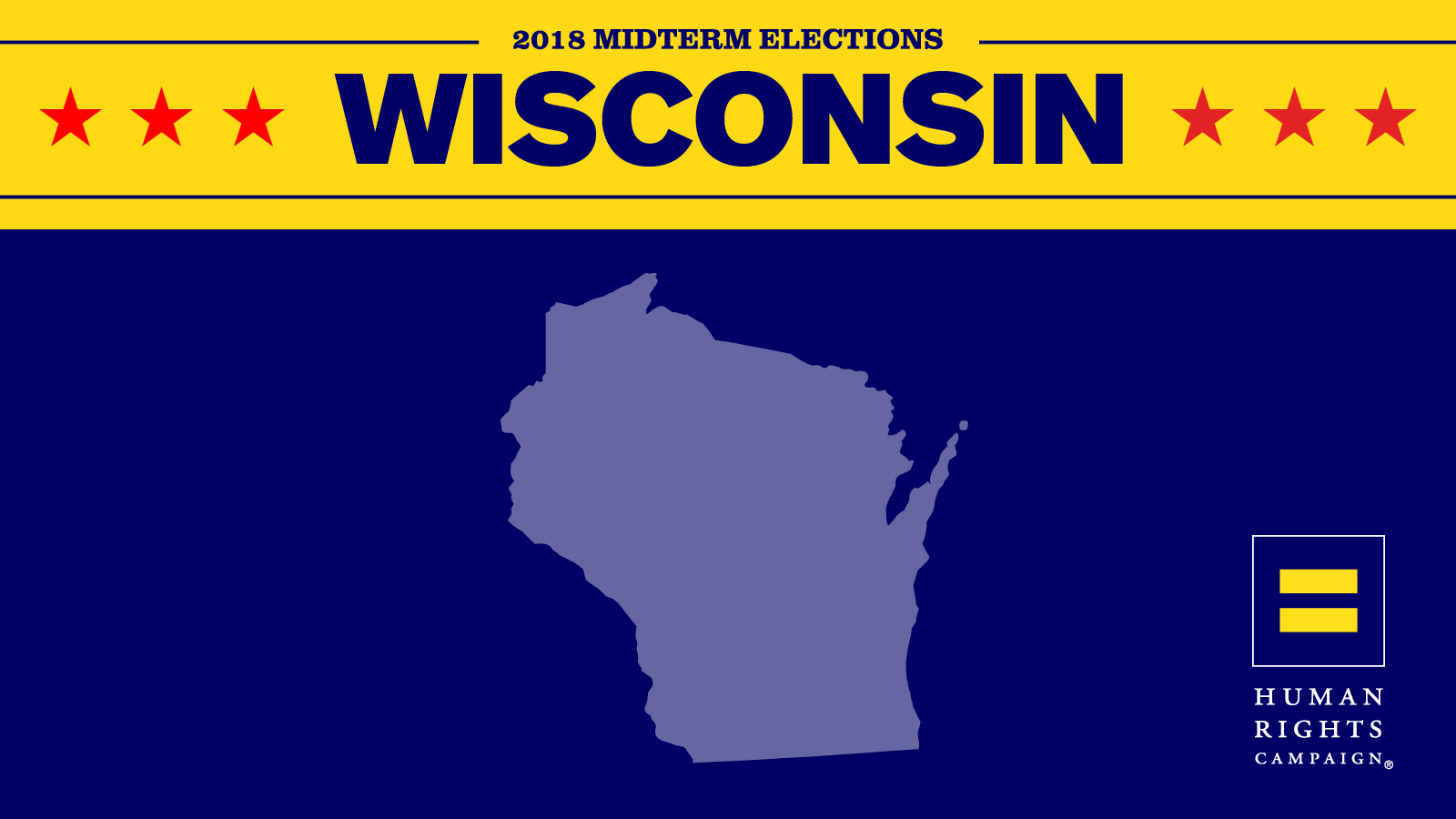 HRC released the following statement on the victories of HRC-endorsed candidates Tammy Baldwin in the U.S. Senate race in Wisconsin, and Tony Evers capturing the governor’s office.

“Tonight, Wisconsin rejected Donald Trump and Mike Pence’s politics of division and fear by re-electing bold pro-equality champion Tammy Baldwin to the Senate and electing Tony Evers to the governor’s office,” said HRC President Chad Griffin. “For more than a year, HRC has worked to mobilize 560,000 equality voters across the state and we are proud to have helped these candidates and others across the finish line. Tonight we celebrate this incredible moment and tomorrow we look forward to rolling up our sleeves and getting to work with Baldwin, Evers and others to ensure the safety, dignity and legal equality of all Wisconsinites.”

HRC has prioritized investments and organizing in Wisconsin for more than a year, and had 17 staff on the ground in the state as part of the largest grassroots expansion in the organization’s 38-year history. In Wisconsin this year, HRC members and supporters completed over 1,480 volunteer shifts. In the final four days of GOTV alone, our staff and volunteers knocked on over 11,300 doors. Members and supporters also sent over 52,00 text messages to voters in the final weeks with voting resources. Since launching, we've helped over 1,500 Wisconsinites register to vote by mail, online, and at in-person events. HRC hosted 22 Equality Action Academy trainings to give HRC members and supporters the tools they need to take action locally in legislative advocacy and in support of pro-equality candidates. Working with scores of partner organizations, HRC also led field organizing efforts around the state to mobilize voters in support of HRC-backed, pro-equality champions who will fight for LGBTQ rights, and for the rights and welfare of all Wisconsinites.

HRC’s Equality Votes PAC ran several ads in Wisconsin, educating voters on Leah Vukmir’s record and why Tammy Baldwin is the clear choice for Wisconsinites. HRC sent over 580,000 pieces of GOTV mail to Equality Voters and reached over 372,000 with our digital advertising campaign generating over 4.9 million impressions.

Baldwin is the first openly gay U.S. senator and the first woman elected to the chamber from Wisconsin. Throughout her public service, she has been a pioneer for equality: Senator Baldwin was a leader in the repeal of “Don’t Ask, Don’t Tell,” an early supporter of marriage equality, a champion for federal hate crimes protections, and co-author of the Equality Act, crucial legislation that would extend comprehensive federal protections to LGBTQ Americans. In addition to Baldwin’s strong civil rights record, she has been a voice for middle class Wisconsinites, leading the fight for quality, affordable health care access and an economy that works for everyone. She has defended the Affordable Care Act and is a leader of Buy American reforms to fuel job growth in the United States.