With 7 days left ahead of the tightly contested Virginia Elections, one thing is clear: Republican leaders have no problem showing off their anti-LGBTQ agenda. In recent days, the Virginia GOP has attacked Danica Roem for her identity and used the incorrect word “transgendered” in a mailer to attack pro-Equality candidates.

Next week, Virginia voters will choose equality and reject the anti-LGBTQ extremism of the Virginia GOP.

Here are some of the lowlights of Virginia Republican’s anti-LGBTQ candidates and campaign: 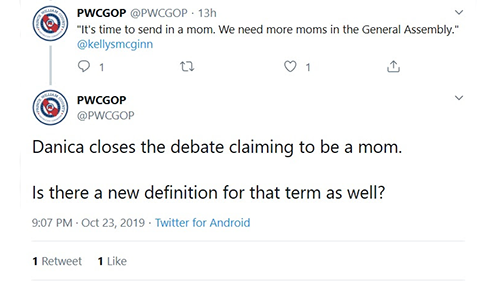