Teach Acceptance, #LoveYourNeighbor and Progress as a Community 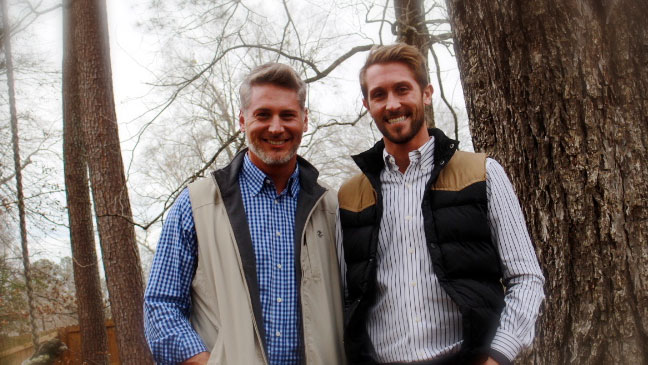 John truly loves his home state of Mississippi. He describes a warmth the state brings to him when he’s home, and the welcoming feeling he receives when he returns from out-of-state travel.

When John made the brave decision to come out publicly, many of his friends in Mississippi stood by him, reinforcing his decision to live his truth. But the fact that state lawmakers have several anti-LGBTQ bills on the docket for consideration in 2017 is a stark reminder of how much work still remains in the state he loves.

“My relationship with Mississippi is that it’s home,” John said in a video for HRC’s #LoveYourNeighbor campaign, a storytelling series focused on sharing the stories of LGBTQ and allied people in Tupelo. “It can be offensive when you have some of the political things and the discriminatory laws that are basically being projected upon the LGBT community. This is our home, and when you have your home place discriminating against you, it does diminish that to a degree and you just have to work past it.”

John has faith that by promoting tolerance and understanding within children and youth, Tupelo and Mississippi residents will help shape a more accepting environment for the future.

“I believe that the young people of Mississippi are the pathway for Mississippi to become the great state that it can be,” John said. “I think it’s our responsibility as parents and as adults to lead them in a way so they can grow in a loving way, and to love thy neighbor and to be accepting of everyone. If we don’t teach them that, we’re not going to progress.”