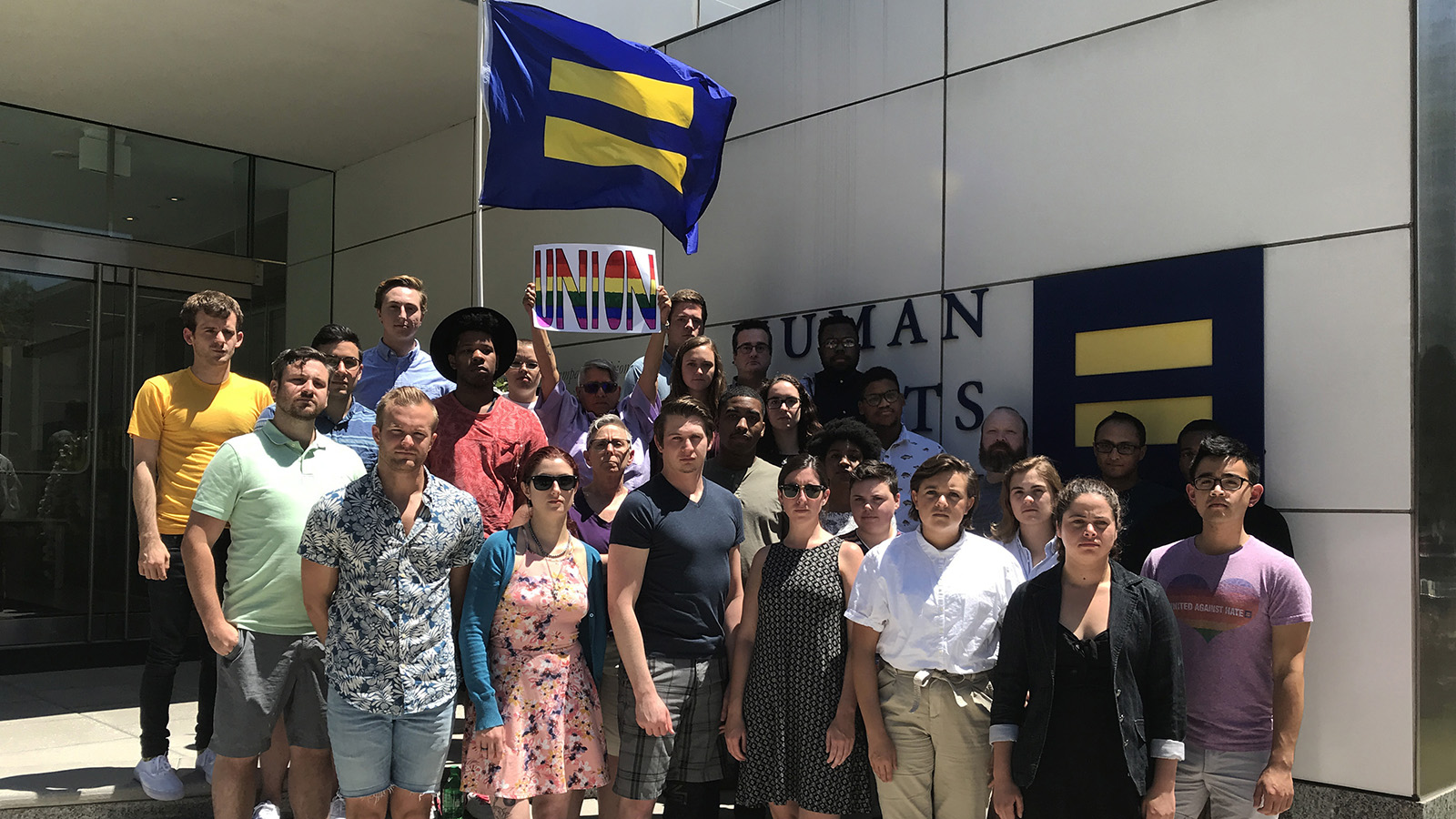 Today, HRC reacted to the Supreme Court of the United States’ decision in Janus v. American Federation of State, County, and Municipal Employees, Council 31 (AFSCME). The court voted 5-4 against AFSCME, undermining the ability of unions to fight for workers’ rights. HRC joined with coalition partners in the LGBTQ movement in filing an amicus brief in support of workers and their right to organize.

“Today’s decision is a devastating blow to working people,” said HRC President Chad Griffin. “Unions have long played a vital role in strengthening families and advancing LGBTQ equality in the workplace. Nurses, social workers and teachers use their voice to stand up for LGBTQ patients, parents and students every day. HRC will continue to fight alongside our partners in the labor movement in the face of ongoing attacks from the Trump-Pence administration.”

Janus v. AFSCME was widely considered the most consequential legal case for workers’ rights in a generation. The case was centered on the right for public employees to come together and advocate for themselves through collective bargaining. Today’s ruling undermines public employees’ ability to come together to raise their voices in a strong union. Over the years, unions have advanced critical rights and secured benefits for all workers including affordable health care, paid leave, higher minimum wages, and crucial non-discrimination protections.

The history of the labor movement is bound with advances for civil rights and human rights. Labor leaders have been prominent voices in the fight for marriage equality and the ongoing effort to end discrimination in the workplace on the basis of sexual orientation and gender identity. Through collective bargaining, unions have made it possible for LGBTQ workers to exercise crucial rights. Union collective bargaining agreements started banning discrimination based on sexual orientation or gender identity as early as 1974 — long before those protections were enshrined in state laws or enforced by federal courts. In the absence of clear, guaranteed federal employment protections against discrimination based on sexual orientation or gender identity, these contracts remain critically important.