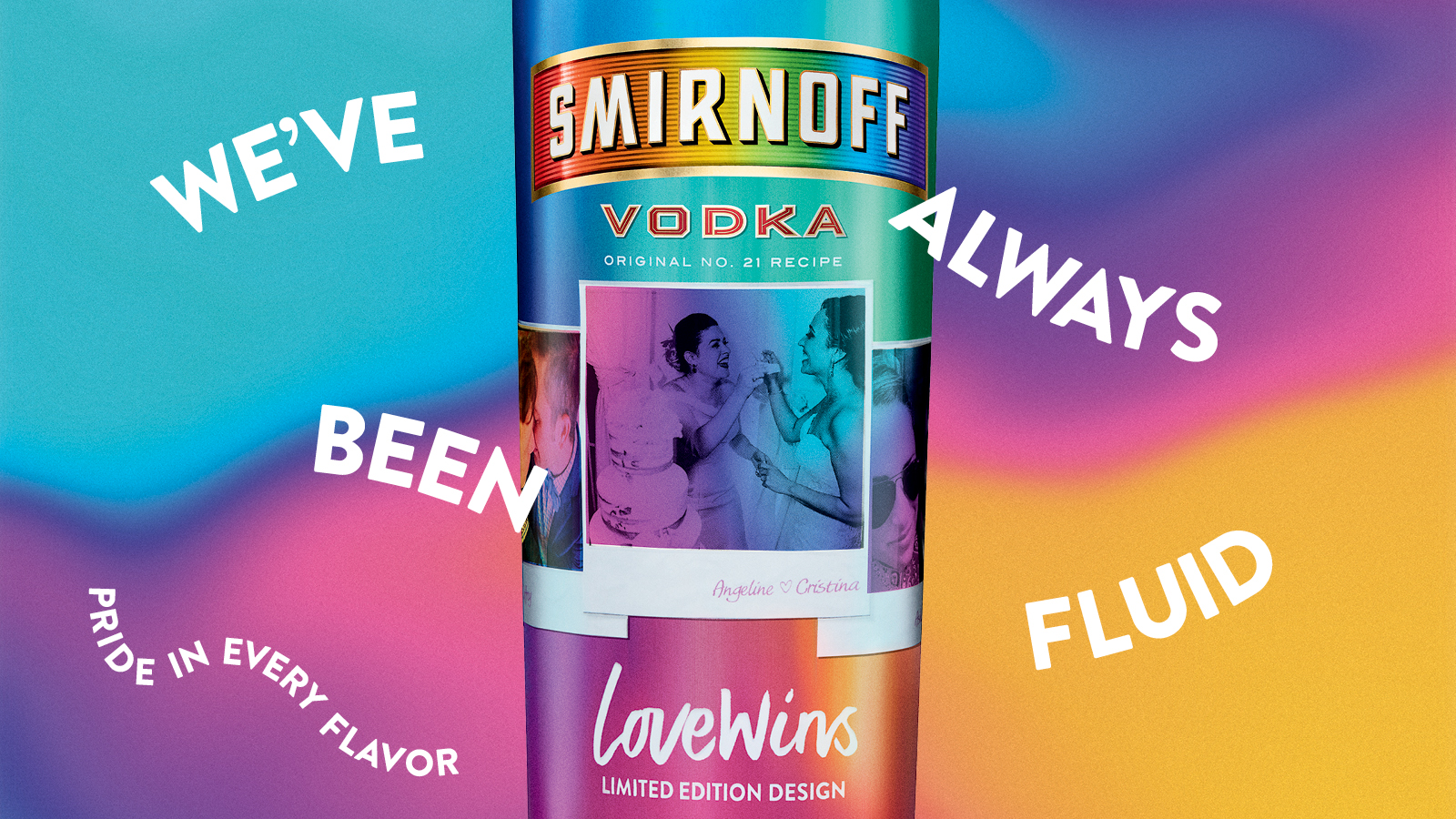 Today, SMIRNOFF™ vodka announced an increased commitment to HRC with a pledge to donate $1 for every SMIRNOFF “Love Wins” bottle made to HRC for a minimum of one million dollars over three years, starting in 2019. These funds will go towards supporting local HRC events to drive awareness of the fight for LGBTQ equality and help empower those who are leading that fight for equality in HRC’s 32 volunteer-led local steering committees in communities across the country.

“Inclusivity is a part of our brand’s DNA,” said Jay Sethi, Vice President, SMIRNOFF, Diageo North America. “We have always believed that SMIRNOFF should be enjoyed by everyone, no matter what you look like, where you live, what your background is or who you love. We know how important it is to support LGBTQ efforts across the entire nation.”

SMIRNOFF’s pledge to HRC marks the extension of a long-term commitment by the brand to support America's largest LGBTQ civil rights organization, and comes on the heels of SMIRNOFF’s donating almost a half of a million dollars to the organization in 2017 and 2018 through their SMIRNOFF “Love Wins” bottles.

“These crucial resources will help fuel the fight for LGBTQ equality and accelerate the pace of progress in the years ahead,” said HRC President Chad Griffin. “We are grateful for SMIRNOFF's pledge to donate an additional one million dollars to the Human Rights Campaign, for their continued support of the LGBTQ community, and for those who put their passion for equality to work by making this campaign possible.”

SMIRNOFF originally launched its “Love Wins” campaign in May 2017 with its limited-edition “Love Wins” bottle packaging for SMIRNOFF No. 21 vodka. Now, in 2018, the “Love Wins” bottles are back and are available nationwide for a limited time. Inside each bottle is the iconic SMIRNOFF No. 21 vodka, triple distilled and ten-times filtered, from the world’s most awarded name in vodka in the last ten years. As a brand that has supported the LGBTQ community for several decades, and was honored alongside DIAGEO with the prestigious 2018 Corporate Equality Award by HRC this past February, SMIRNOFF is proud to continue to support love in all its forms.

SMIRNOFF’s redesigned 2018 “Love Wins” bottles feature the newly updated, special-edition bottle packaging, which highlights 34 real LGBTQ couples from across the United States. Each couple featured on the 2018 packaging submitted their photos through the brand’s website last year for a chance to be a part of the SMIRNOFF “Love Wins” campaign. Jessica & Whitney from Alabama, whose story began with a simple Facebook message, and Jeremy and Wutichai from Washington, D.C., who met while volunteering for the Peace Corps in Thailand, are just some of the real couples featured on the new bottles currently on shelves across the United States. Every SMIRNOFF “Love Wins” bottle and box packaging is completely unique, with a different set of photographs that display real love and real people, along with its iridescent rainbow aesthetic and LGBTQ SMIRNOFF logo.

The SMIRNOFF No. 21 “Love Wins” bottles are available in 750mL and 1L and are priced in line with SMIRNOFF No. 21 vodka. While love is not meant to be bottled up, vodka sure is, so make sure to enjoy this limited-edition bottle responsibly.

SMIRNOFF, as well as its parent company Diageo, has a long-standing relationship with HRC as one of the organization’s longest-standing partners and biggest advocates. In fact, in February of this year, after ten consecutive years of scoring a perfect 100% on the HRC Corporate Equality Index, SMIRNOFF and Diageo were honored with the prestigious 2018 Corporate Equality Award at the HRC Greater New York Gala. To further support HRC and the LGBTQ community and to celebrate inclusivity, diversity and equality for all, SMIRNOFF is also supporting seven HRC galas across the United States with SMIRNOFF “Love Wins” pop-up bars. Each bar features the SMIRNOFF “Love Wins” bottles and custom cocktails so all can raise a glass to celebrate the accomplishments of HRC.  With supporters like SMIRNOFF, HRC can push for change through legislation, advocacy and education.