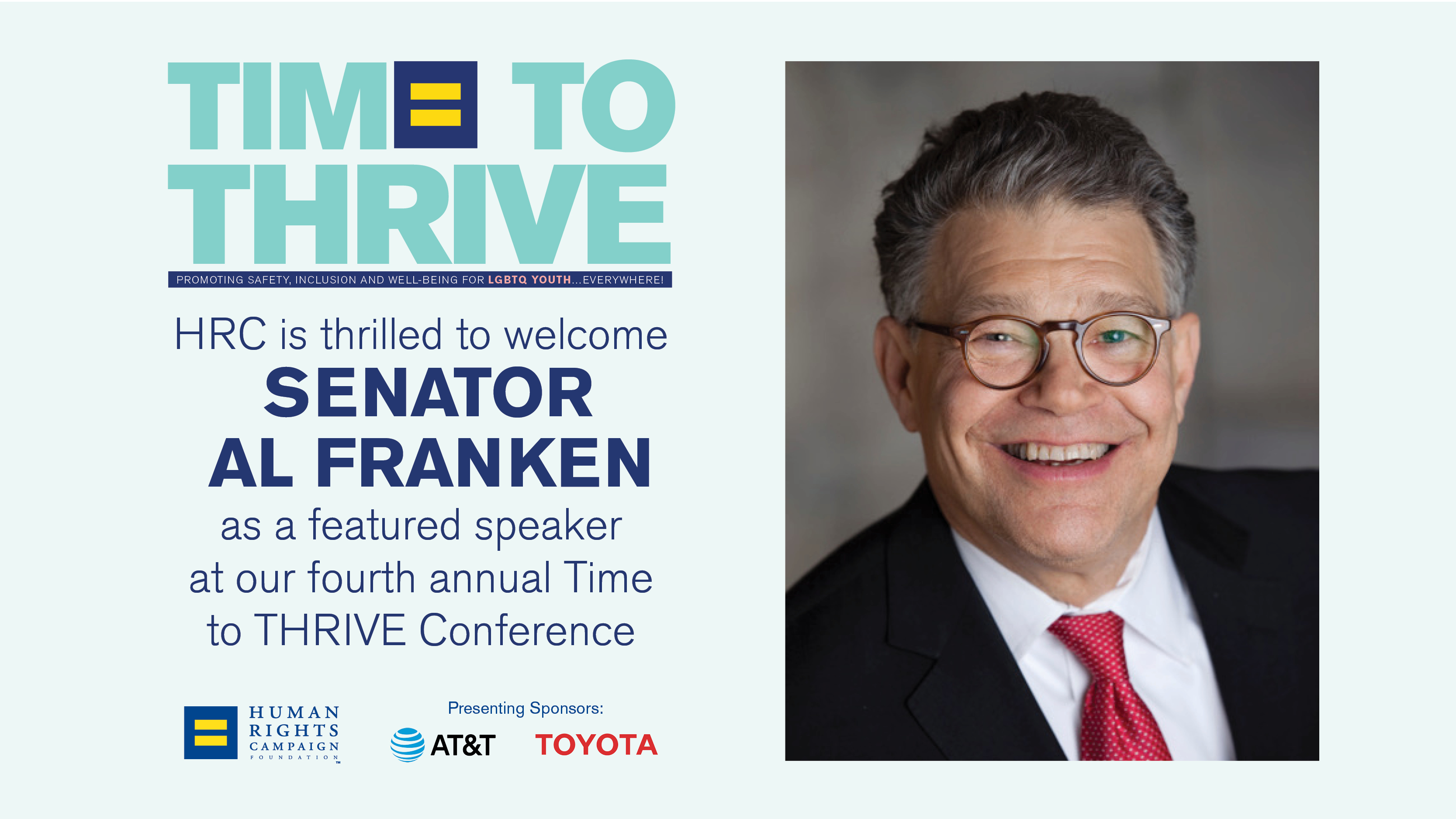 Today HRC Foundation announced that U.S. Senator Al Franken (D-MN), whose career has been marked by his commitment to equality, will speak at its annual Time to THRIVE Conference. Time to THRIVE is the nation’s premier gathering for K-12 educators, professional counselors and other youth-serving professionals on LGBTQ youth safety, inclusion and well-being.

This year’s Time to THRIVE Conference will be held April 28-30 in Washington, D.C., in partnership with the National Education Association and the American Counseling Association.

“Senator Franken has long been a powerful champion of equality for LGBTQ young people,” said Mary Beth Maxwell, HRC’s Vice President for Programs, Research, and Training. “With LGBTQ youth, and particularly transgender students, under attack by the White House and in state legislatures across the country, Senator Franken’s voice and leadership on these critical issues has never been more important. We are honored to have Senator Franken join us at HRC’s annual Time to THRIVE Conference to discuss the vital need to support and protect all youth.”

Since his election to the U.S. Senate in 2008, Senator Franken has served as a leader in Congress on LGBTQ equality. He serves as the Senate’s primary sponsor of the Student Non-Discrimination Act, which would prohibit discrimination based on sexual orientation and gender identity in K-12 public schools, and was an original co-sponsor of the Equality Act. Throughout his more than eight years in the U.S. Senate, Senator Franken has consistently earned a perfect score of 100 percent on every HRC Congressional Scorecard.

HRC’s Time to THRIVE is the premier national convening of educators and youth-serving professionals to build awareness and cultural competency, learn current and emerging best practices, and gather resources from leading experts and national organizations in the field. Time to THRIVE will take place April 28-30 in Washington, D.C. with Toyota and AT&T as the presenting sponsors. To register, visit www.TimeToThrive.org.

Members of the media interested in attending should contact .(JavaScript must be enabled to view this email address).