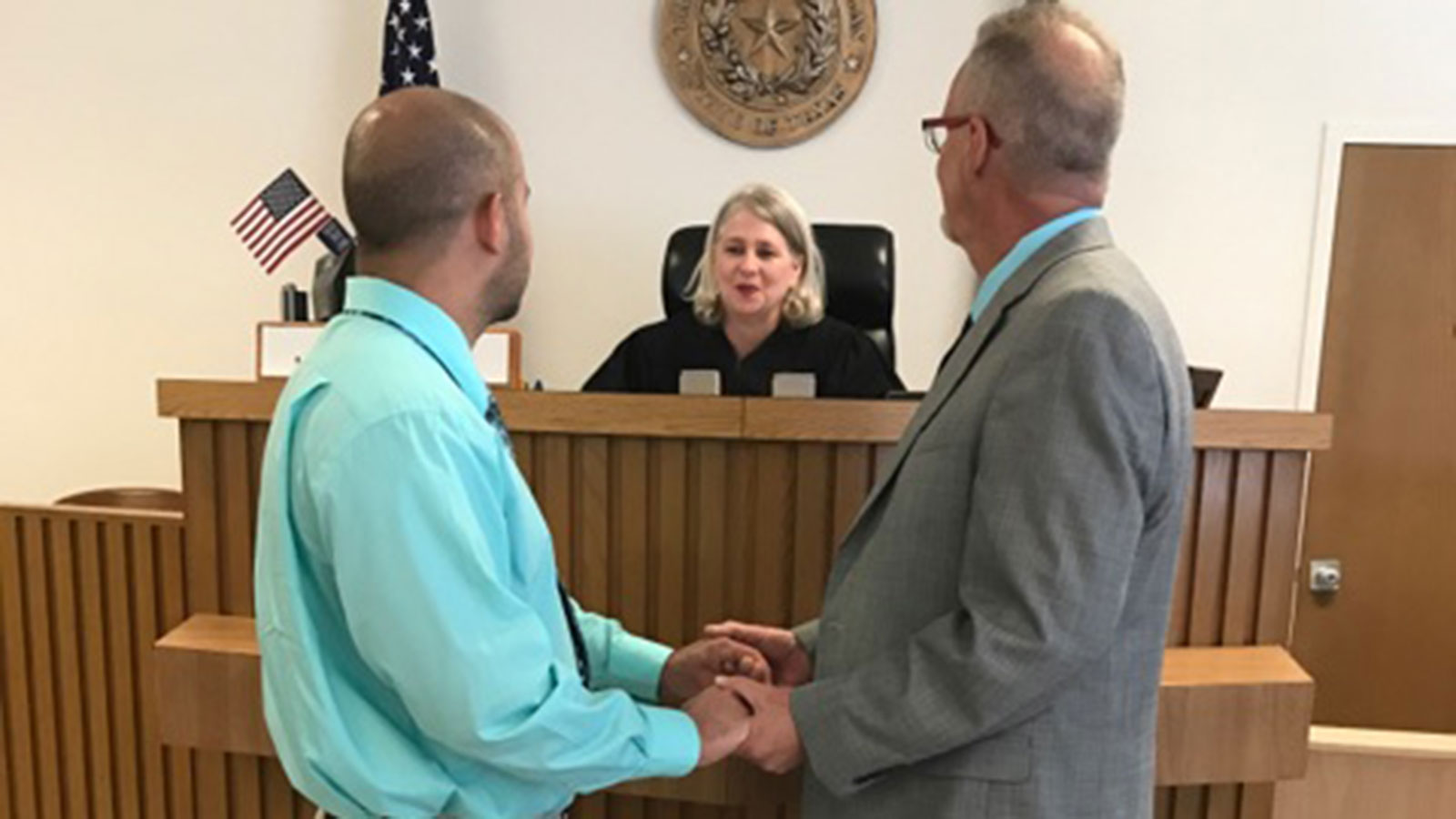 The same-sex couple separated by Trump’s travel ban in March finally married in a small civil ceremony in Texas.

But on August 5, thanks to Harrison’s determination and support from HRC and other civil rights groups including the ACLU, Harrison and his fiance finally reunited on American soil. They married 10 days later.

“Now I’m just so relieved,” Harrison said. “It’s just a huge weight that has been lifted.”

And his husband? “He’s just delighted that he’s in a country where two men can get married!”

Harrison and his husband finally feel they can express their love openly and freely. They are cherishing married life together, a life that was almost taken from them by Trump’s discriminatory travel ban.

“I’m just so grateful that there were folks out there like Human Rights Campaign and ACLU that heard me and offered to help me,” Harrison said. “I just will never ever to thank all of you enough for what you did for us."