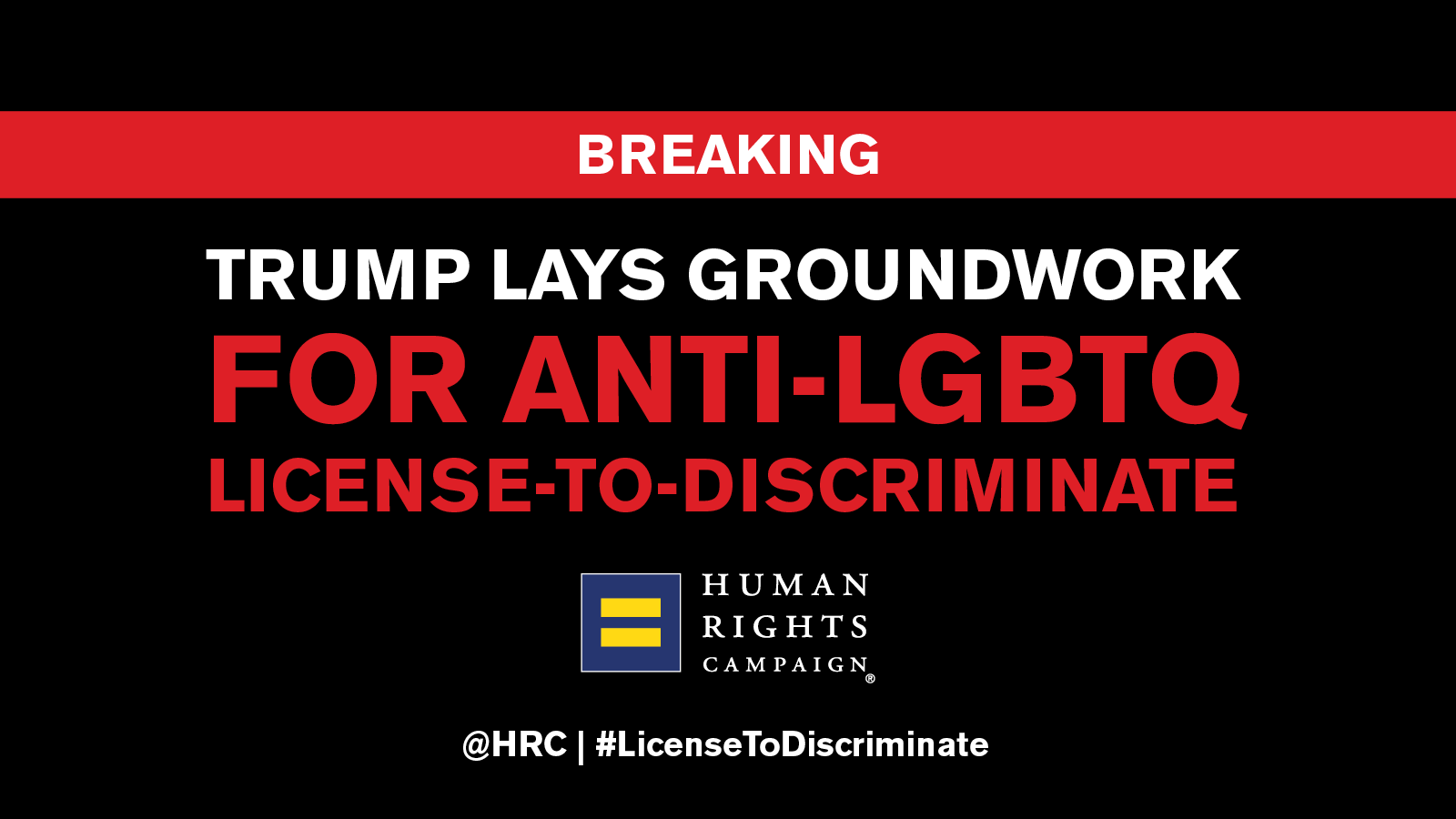 HRC Legal Director Sarah Warbelow said, “Donald Trump just let the fox into the hen house. Through this Executive Order, Trump has directed Attorney General Jeff Sessions -- a man who has denied LGBTQ people equality under the law -- to seek a license to discriminate across all areas of the government. This order is incredibly alarming, particularly for millions of LGBTQ people and women across the nation who are among those most frequently subjected to discrimination under the guise of religion. We are watching and we will challenge any effort by Jeff Sessions or other agencies of Trump’s Administration to license discrimination.”

Donald Trump’s Executive Order instructs the Attorney General to provide guidance to all agencies on “interpreting religious liberty protections in Federal law.” This sweeping approach could result in an unprecedented expansion of religious exemptions affecting employment, services, and programs. Revisiting federal law, including regulations and policies, will almost certainly have significant implications for LGBTQ people. In essence, the executive order punts the question of how and where the administration will permit discrimination against LGBTQ people to Jeff Sessions, a man who has consistently denied LGBTQ people equality under the law.

Anti-LGBTQ officials have long sought to exempt themselves from their legal obligations by demanding special rights to discriminate based on their “religious views.” Based on Sessions’ long career of doing exactly this, he is will almost certainly seek to apply a fundamentalist interpretation of the Religious Freedom Restoration Act (RFRA) to areas of the law that were not implicated in Hobby Lobby as well as potentially treating closely held for-profit corporations as religious organization throughout federal law.

Some of LGBTQ protections that may be undermined include:

Under the executive order an employer could refuse to provide health insurance coverage for any of these services citing religious belief or “conscience.” HRC is deeply concerned that employers will feel entitled to refuse coverage for: