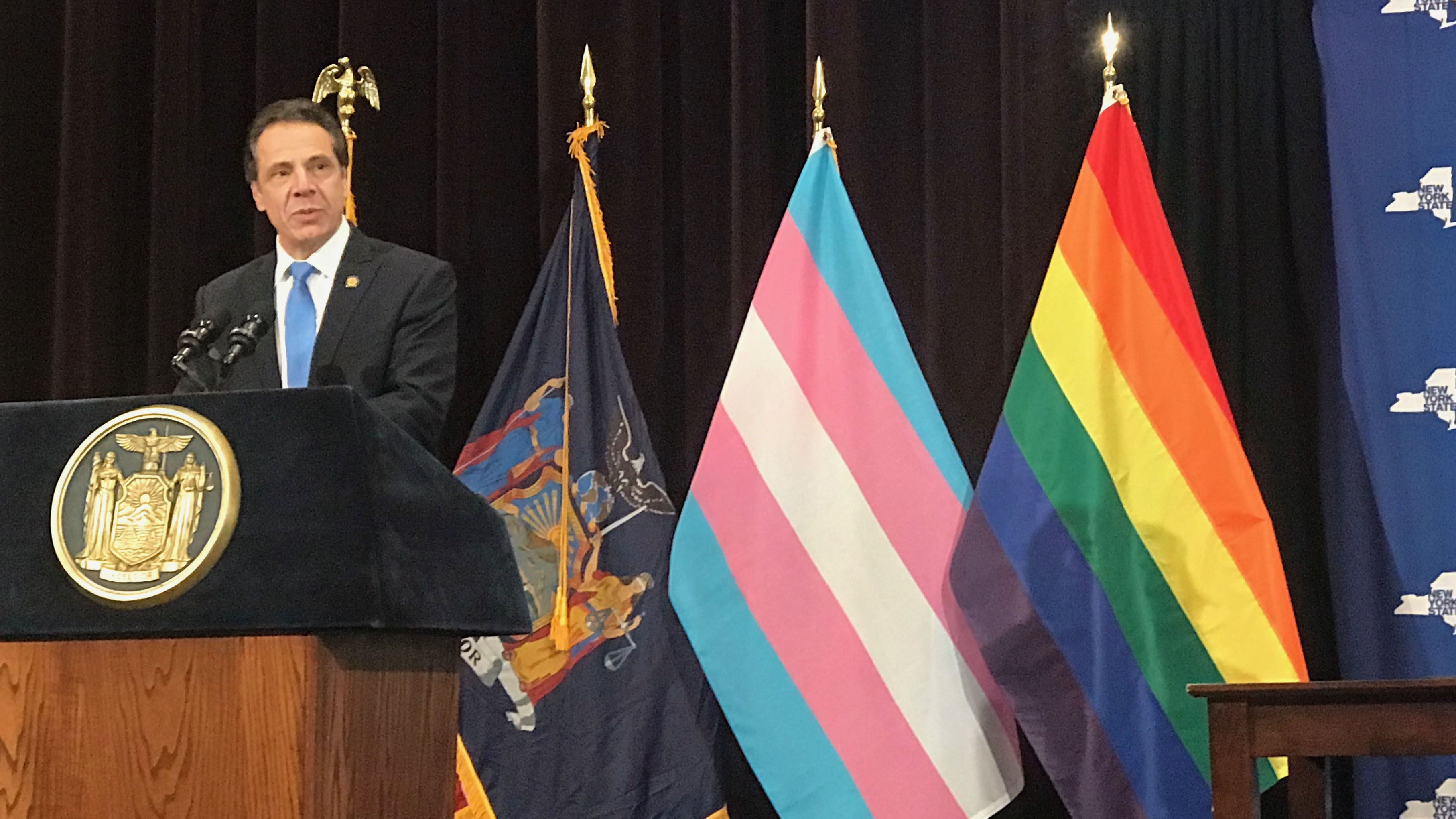 “Today, with Governor Cuomo’s signature, New York has made bold, historic progress by making GENDA the law of the land and banning the abusive and life-threatening practice of so-called ‘conversion therapy’ on LGBTQ youth,” said HRC President Chad Griffin. “These laws will literally save lives, and their passage would not have been possible without the tireless work of advocates and allies across New York over the last decade. We also owe today’s celebration in large part to Senator Hoylman and Assemblymembers Gottfried and Glick for their strong leadership on this legislation, and to Senate Majority Leader Andrea Stewart Cousins, who made them a top priority this session.”

HRC has been working with local advocates and leaders for over a decade to advance these protections, and this victory was only possible because of the strong and persistent leadership of pro-equality lawmakers. For several election cycles, HRC has worked on the ground in New York to elect pro-equality legislators up and down the ballot, all across the state, leading to a pro-equality majority in both houses of the legislature and today’s historic action.

In 2016, Governor Cuomo directed the New York State Division of Human Rights to adopt regulations, consistent with state case law interpreting the meaning of ‘sex,’ to make it clear that transgender people are protected from discrimination and harassment under the state’s Human Rights Law. The signing of GENDA explicitly codifies these protections into law once and for all. Additionally, the bill adds protections on the basis of gender identity to the state’s hate crimes law. With the signing of legislation restricting conversion therapy, New York joins 14 other states plus the District of Columbia that have laws protecting LGBTQ youth from this dangerous practice.

New York Governor Andrew Cuomo implemented restrictions on so-called “conversion therapy” in New York by executive order in 2016, and the legislation signed today will solidify and expand these  protections for youth. There is no credible evidence that conversion therapy can change a person’s sexual orientation or gender identity or expression. To the contrary, research has clearly shown that these practices pose devastating health risks for LGBTQ young people such as depression, decreased self-esteem, substance abuse, homelessness, and even suicidal behavior. The harmful practice is condemned by every major medical and mental health organization, including the American Psychiatric Association, American Psychological Association and American Medical Association.