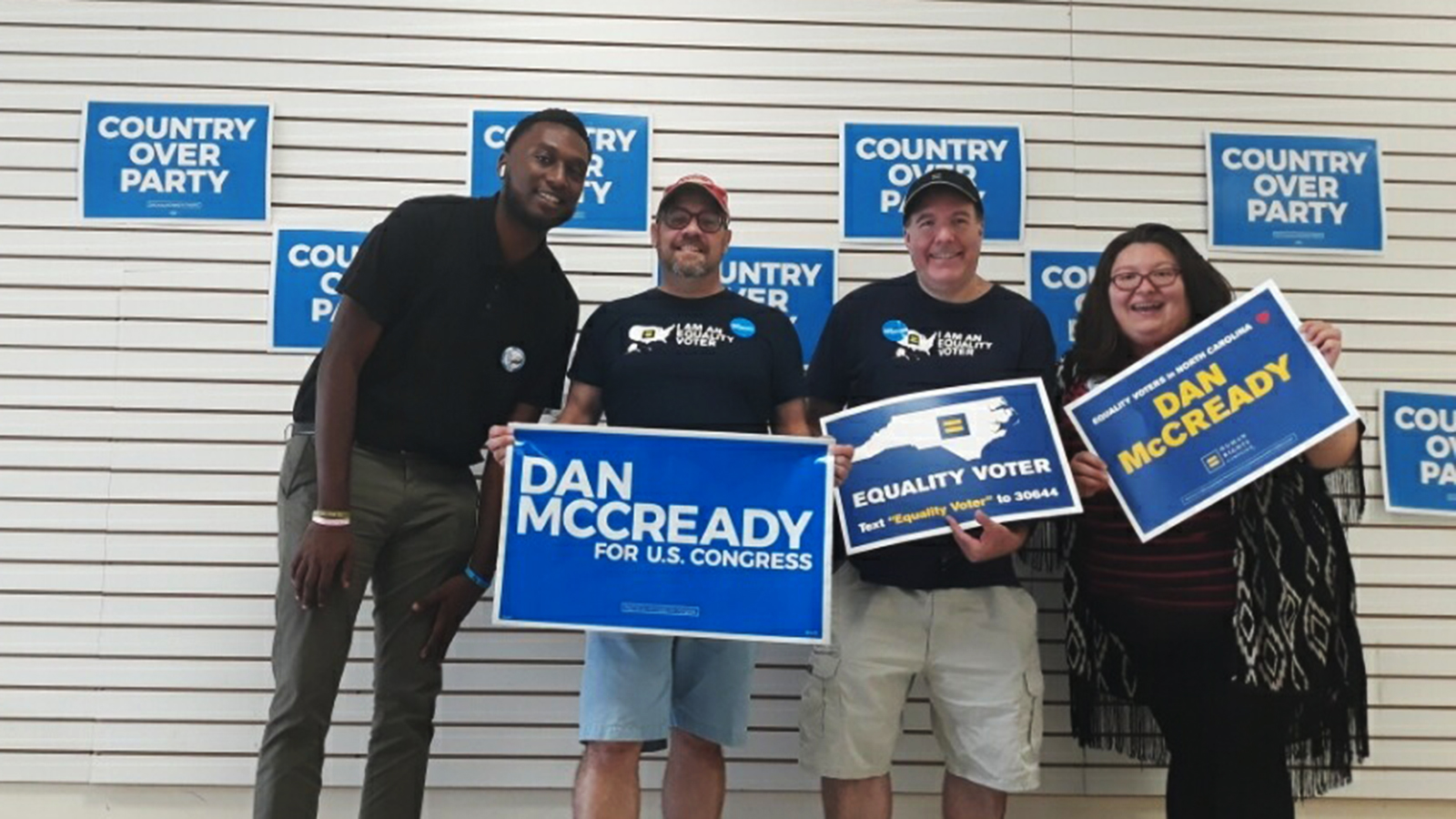 There is a clear distinction between McCready and his opponent, Dan Bishop--the chief architect of anti-transgender HB2. Bishop has a long standing record of discriminatory animus from leading the fight to put voter ID on the ballot to his investment in a social media forum for white supremacists, neo-Nazis and far right extremists. At every opportunity Bishop has shown that he is aligned with the Trump-Pence administration. That’s why we need you to cast your vote for McCready and encourage family and friends to do the same.

We can’t stress enough that the outcome of this election is crucial. This is our chance to put the brakes on this administration’s rampant discriminatory actions, take down the architect of HB2, and demonstrate the fight we will bring to the 2020 elections. Your vote could mean the difference between moving equality forward or losing all that’s at stake.

HRC encourages all Equality Voters to cast their vote on Tuesday from 6:30 a.m. to 7:30 p.m. for McCready. We’ve seen the latest poll numbers and know we cannot take this election for granted. This election could come down to a small number of voters, and your vote for equality could make all the difference.

If you want to help us turnout the vote in this critical election, visit hrc.im/mobilize to find volunteer opportunities near you.