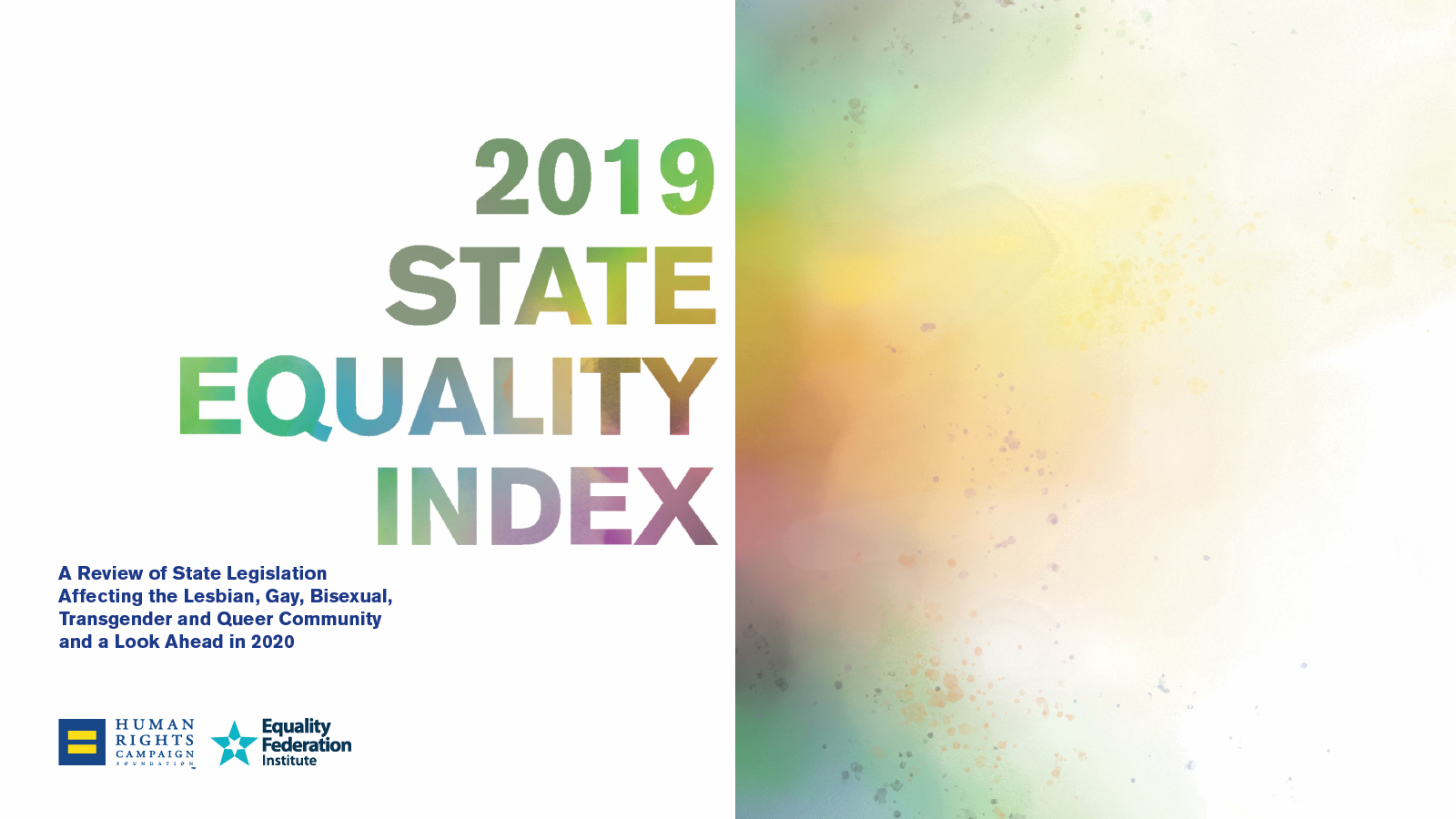 HRC Foundation and the Equality Federation Institute released their 5th annual State Equality Index (SEI), a comprehensive report detailing statewide laws and policies that affect LGBTQ people and their families, and assessing how well states are protecting LGBTQ people from discrimination. Nevada falls into the category, “Working Toward Innovative Equality.”

“As LGBTQ people continue to face an onslaught of attacks from the federal administration in Washington, the Human Rights Campaign’s 2019 State Equality Index (SEI) documents how states were instrumental in advancing equality through pro-LGBTQ legislation, policies and proposals,” said HRC President Alphonso David. “In the absence of federal non-discrimination protections for the LGBTQ community, states must put policies in place to ensure equality for their residents, workers and visitors. In 2020 and beyond, the Human Rights Campaign will continue to work with our partners to defeat anti-LGBTQ legislation in the states and secure new protections for our community, both at the state and federal level. Already, we see the promise of even more protections passing state legislatures in 2020, including action taken in Virginia advancing the Virginia Values Act.”

Due to the lack of explicit, comprehensive civil rights protections for LGBTQ people at the federal level, the rights of millions of LGBTQ people and their families vary depending on which state they live in. In 30 states, LGBTQ people remain at risk of being fired, evicted or denied services because of who they are. These top-rated states and Washington, D.C., have robust LGBTQ non-discrimination laws covering employment, housing and public accommodations.

“Nevadans should be proud to know that the Silver State is a leader in the fight for full, lived LGBTQ equality. As we look forward to introducing even more legislation to advance LGBTQ civil rights and social justice, we urge the Senate to pass the Equality Act and ensure every American is protected from discrimination. Thank you to our partners at HRC Foundation, Equality Federation Institute and Equality California for fueling the state-based equality movement,” said André Wade, Silver State Equality State Director.

Last year, the pro-equality majority in the U.S. House of Representatives passed the Equality Act, a bill to establish comprehensive federal protections for LGBTQ people. But as HRC and other civil rights organizations work toward establishing these critical federal protections, accelerating progress at the state level is critical.

This SEI report comes as 38 state legislatures and the District of Columbia have opened their sessions -- and with several good bills introduced, including the Virginia Values Act, a bill that would modernize Virginia's existing human rights laws and provide non-discrimination protections for LGBTQ people in public employment and housing. In New Jersey, the governor has signed a bill to ban anti-LGBTQ “panic defenses.”

Unfortunately, we have also seen the introduction and passage of bad legislation, including a Tennessee bill that would allow child welfare organizations -- including taxpayer-funded adoption and foster care agencies -- to turn away qualified Tennesseans seeking to care for a child in need, including LGBTQ couples, interfaith couples, single parents, married couples in which one prospective parent has previously been divorced or other parents to whom the agency has a religious objection. In South Dakota, the state House of Representatives passed a bill that effectively bars instructors who teach grades K-7 in the state’s public schools from instructing students on gender identity or gender expression.

HRC’s full State Equality Index report, including detailed scorecards for every states, and a preview of the 2020 state legislative session is available online at www.hrc.org/sei.