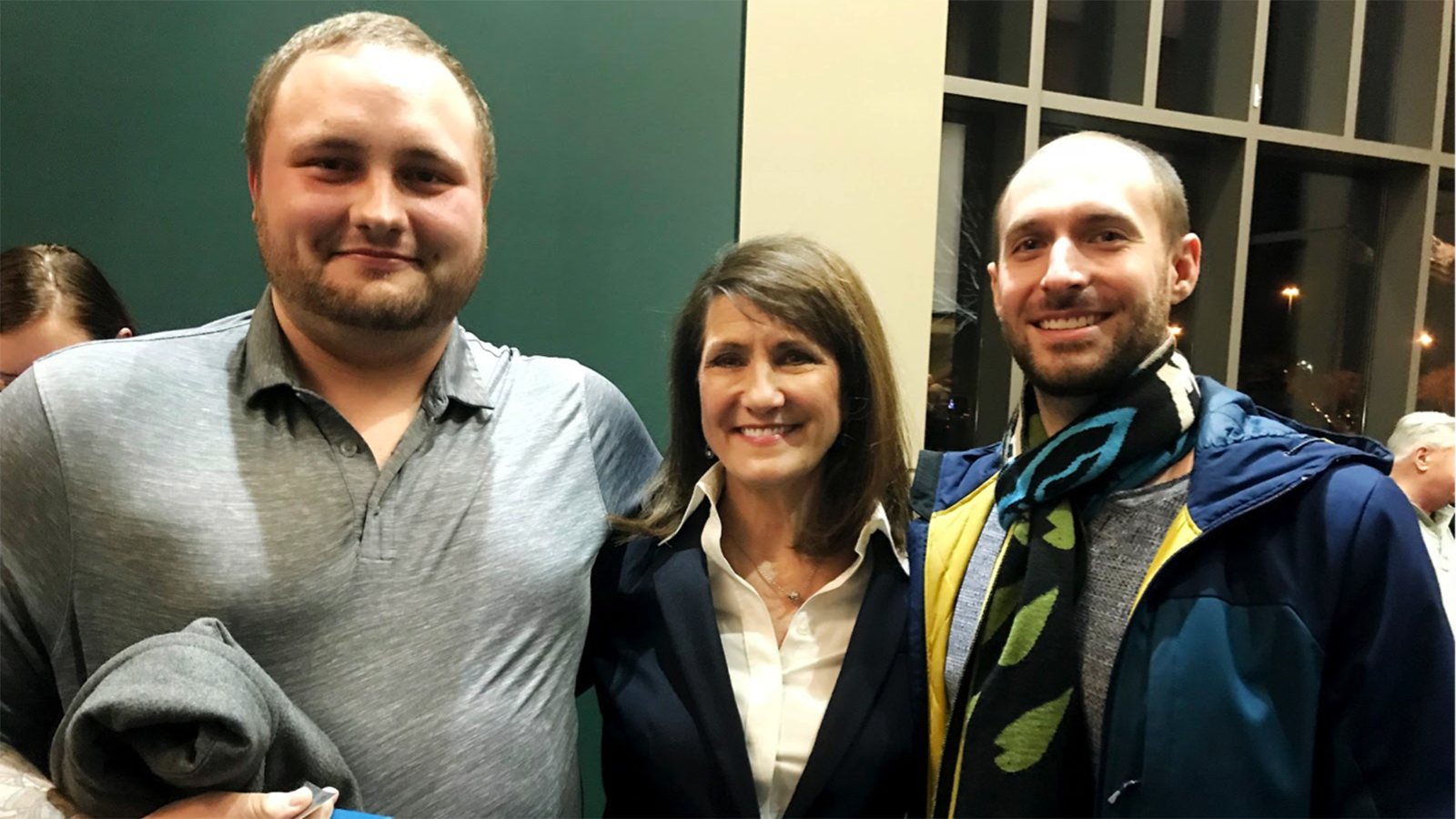 On Wednesday, at the League of Women Voters’ candidate forum at Moraine Valley Community College, Congressman Dan Lipinski finally took the stage with HRC-endorsed challenger Marie Newman to answer questions from voters. As the first and likely last time the congressman would submit to any kind of debate before the Democratic primary on March 20, the event promised to be an important look into his policies and positions. And it didn’t disappoint.

More than 500 people packed into the largest forum the moderator had ever seen for a single race. The room was expanded and more chairs wheeled in. When introduced, the congressman drew measured claps. Marie Newman was introduced to thunderous applause.

When asked outright what he would do for the LGBTQ people in his district, Lipinski gave a noncommittal answer saying that “discrimination is wrong” and “every individual should be treated with dignity.” Then he immediately pivoted, stating outright that he doesn’t support the Equality Act because he believes it to be an infringement on religious liberty. Later in the debate, in a question about the electoral college, Lipinski pivoted away and used his time to talk more about the way that he sees policies protecting LGBTQ folks and women from discrimination as an attack on religious freedom.

What part of being refused service or fired for being LGBTQ is dignified? Newman was unwavering in her support for the LGBTQ community and immediately pointed out that not only did Lipinski sponsor the so-called First Amendment Defense Act, but last month he stated in an interview that he doesn’t support marriage equality.

HRC has field organizers on the ground fighting for our members and supporters in the district because we understand exactly what’s at stake in this primary. Our leaders who fail us must be held accountable. HRC has endorsed Marie Newman because we understand that she is the leader and ally the third congressional district deserves.

Despite the crystal clear nature of this race for LGBTQ people and their allies, Lipinski is still leading with less than a month to go in this primary race. If you’d like to join HRC and spread the word about Lipinski’s failings and Newman’s allyship, take action with HRC in the last three weeks of this race.

A crowd of nearly 600 gathers at Moraine Valley Community College before the forum. 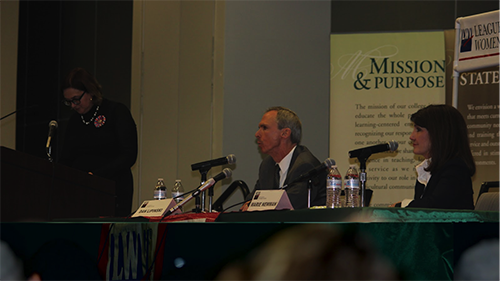 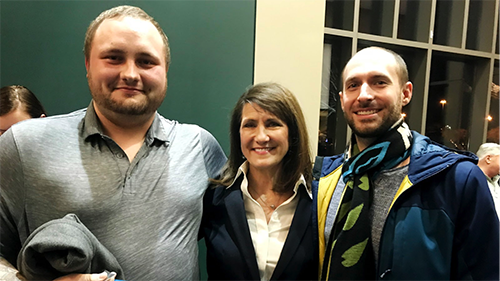