#LoveYourNeighbor: Jamaya and Macy Ask Tupelo to ‘Look Past the Cover’ 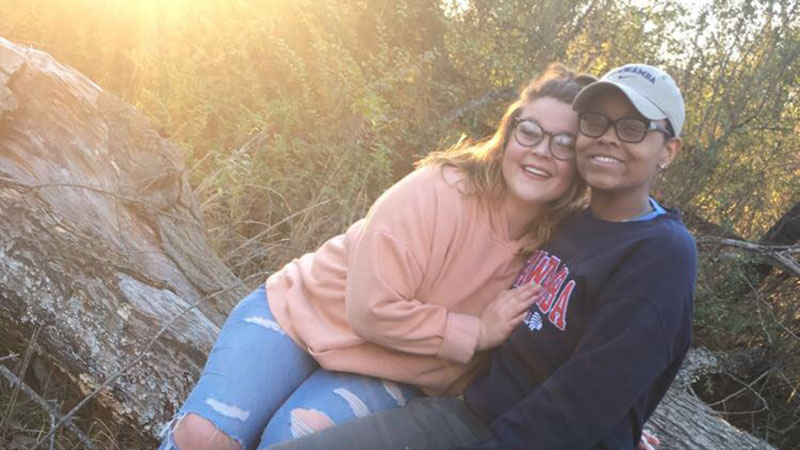 Jamaya always knew she would follow that path, but she would instead do it with a wife by her side, rather than a husband.

Jamaya and her girlfriend Macy, also a Tupelo native, have joined HRC’s new #LoveYourNeighbor campaign, a video storytelling series focused on sharing the stories of LGBTQ and allied people in Tupelo, with the hope that their community will change their hearts and minds when it comes to seeing same-sex couples.

Doing something as simple as taking a stroll down the street, the couple turns heads.

“I would love for Tupelo to progress,” Macy said. “When me and Jamaya walk through the mall, we’re holding hands, we get the most awful looks.”

“I just wish people would realize that we’re people too. And we just want to love just like you want to love,” said Jamaya.

Sharing personal experiences and stories is a powerful tool to change hearts and minds, and helps create new advocates for equality. By opening up, Jamaya and Macy are bravely taking steps toward creating a more inclusive climate in their hometown.