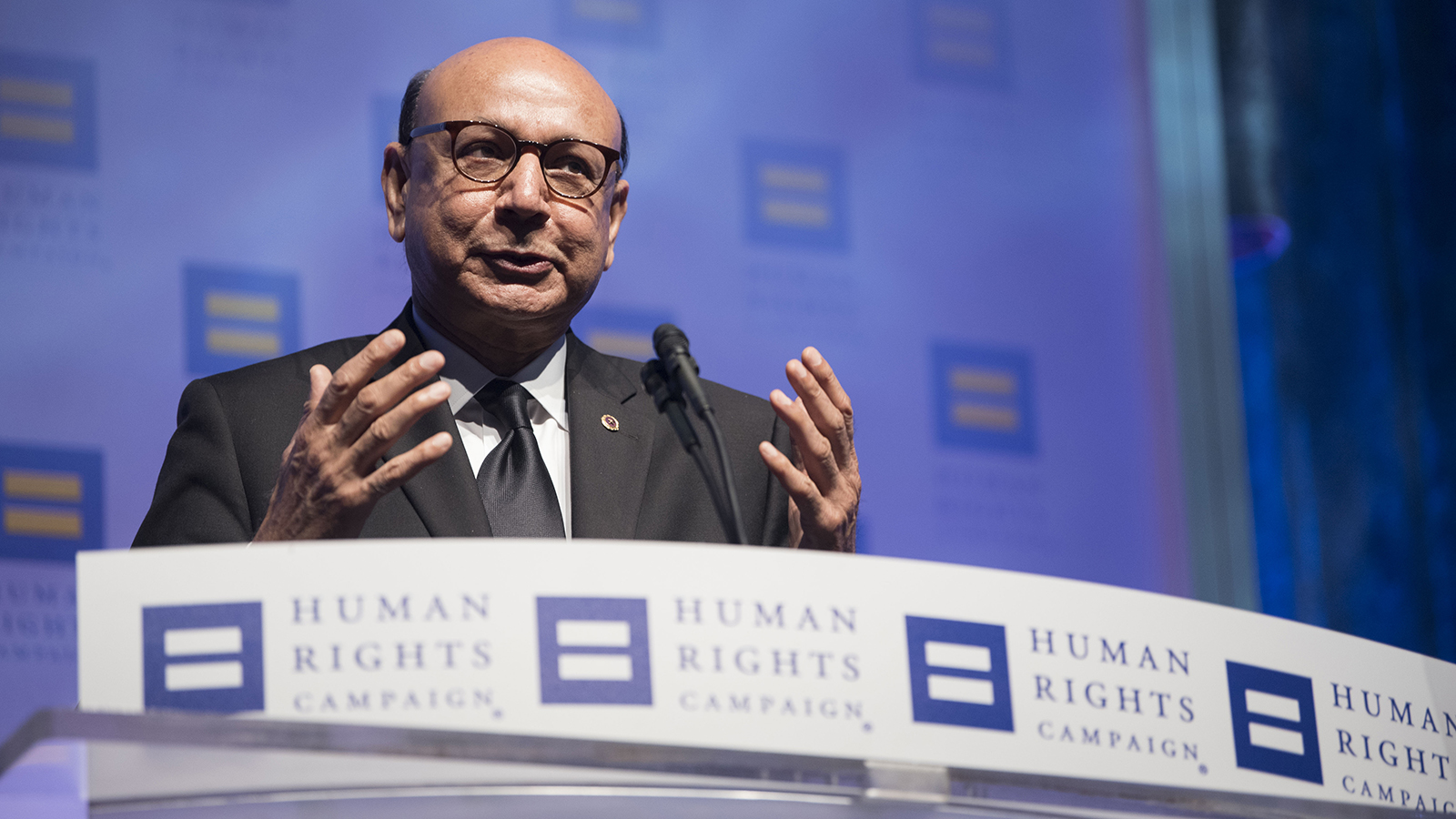 People -- including the LGBTQ faithful -- look to their faith as a source of guidance and inspiration. Throughout the Lenten season, HRC will share devotionals from faith leaders, LGBTQ people and allies. The campaign seeks to create an environment in which LGBTQ people of faith and their allies can practice the spiritual traditions of their faith in a welcoming, inclusive environment.

The Lenten season marks the days leading up to Jesus' crucifixion and subsequent resurrection. For Christians, the resurrection is both a celebration of life and a reminder that people continue to suffer, including members of the LGBTQ community.

It is important to note that the season of Lent is observed by many Christian denominations and may not resonate with all readers. With this series, HRC seeks to amplify and honor the voices of LGBTQ-affirming faith leaders in many religious traditions.

Today’s post is a reflection from Khizr Khan, a patriotic American Muslim and Gold Star Father, from Charlottesville, Virginia.

For more about the Lenten Devotional, visit hrc.im/Lent.

Assalamu alaikum – Peace be with you!

Great Lent is upon us once again, reminding us during this holy season to center the almighty God in our lives, in our hearts and in our minds.

In today’s political climate, with all the hot-button issues swirling around in the news, many of us are conditioned to distraction. Often, we forget to listen to one another. We forget to hold each other in our hearts as God commands us. The consequence is that we don’t find peace because we have forgotten to remember one another -- thus forgetting to remember God.

Prophet Muhammad’s sayings (hadith in Arabic), validated by the one of the most distinguished ninth century Islamic scholars, Al-Bukhari, teach us we are all created in God’s image -- and that image lies not in our race, religion, sex, national origin or color, not even in our sexual orientation or gender identity. Rather, that image lies in the vision of God’s love that elevates, connects and redeems human life irrespective of these classifications.

As people of faith, each of us has been distracted from God in some form throughout our lives. Yet, in the Qur’ān, God is referred to as “the Merciful” more than 200 times, a core truth of Islam. As we continue to embark on this Lenten season, let us humbly accept God’s mercy and recommit ourselves to loving one another with a love that proceeds from the heart.

May Allah, God of Abraham, bless us and bind us together with cords that cannot be broken. Help us become one in Your name. Ameen

The Lenten Devotional is a faith-driven resource that compiles meditations written by 47 faith leaders from across the U.S. This project and other public education work with faith leaders in HRC's Project One America states and HRC's Religion and Faith Program is made possible in part by the generous support of the E. Rhodes and Leona B. Carpenter Foundation.