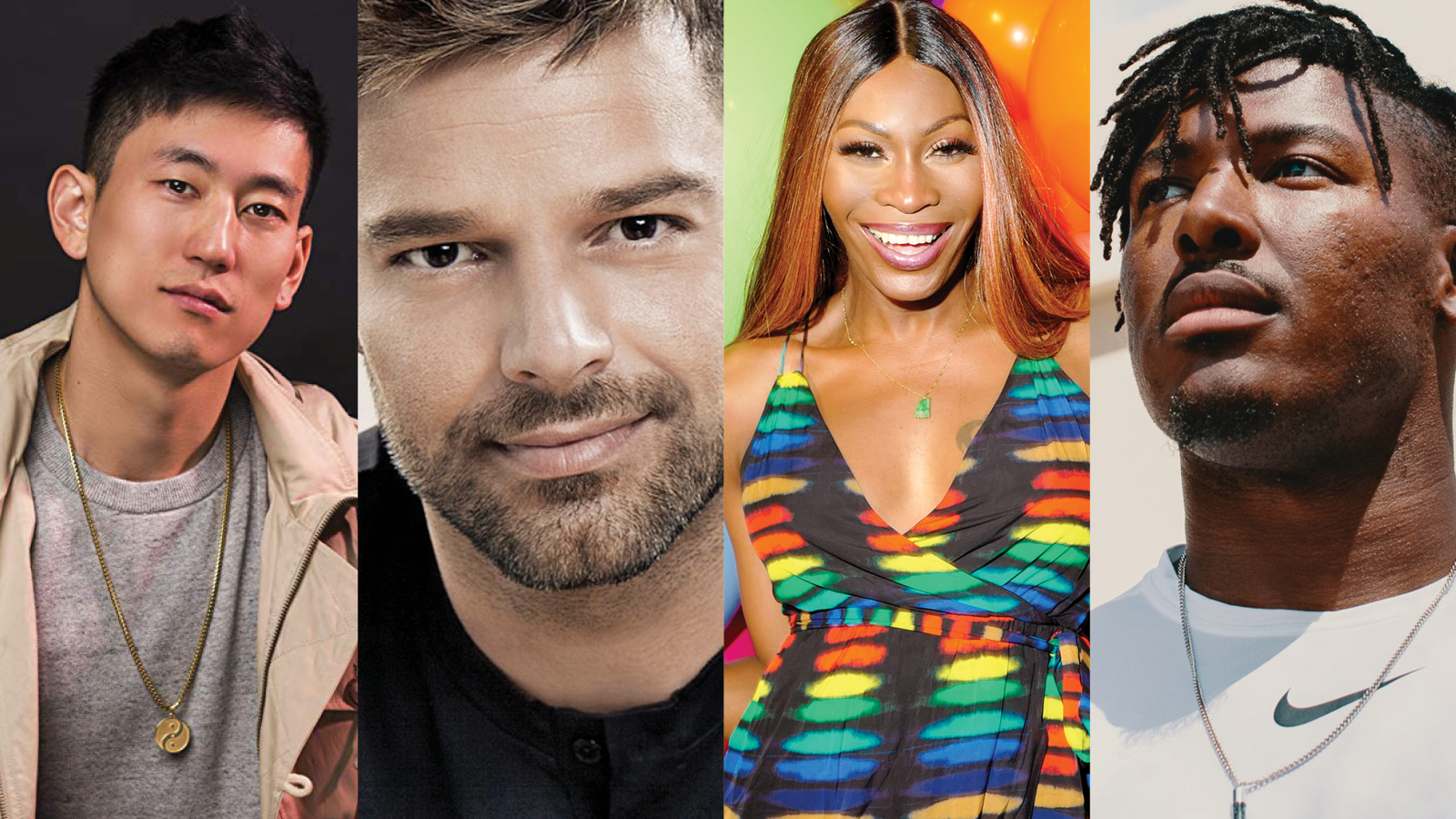 Today, HRC announced that the organization will honor actress Dominique Jackson with the HRC National Equality Award at HRC’s 23rd Annual National Dinner in Washington, D.C. on September 28, 2019. HRC previously announced that it will also honor global superstar Ricky Martin with the HRC National Visibility Award. HRC will welcome openly bisexual NFL veteran Ryan Russell and actor Jake Choi as special guests, as well. This will mark the first HRC National Dinner under the tenure of new HRC President Alphonso David, who will deliver remarks from the stage. DJ Nhandi and comedian Dana Goldberg will be providing entertainment during the program, as well.

“Dominique Jackson has brought her one-of-a-kind charisma and talent to the hit FX series Pose, all while being a visible and forceful advocate for LGBTQ rights -- especially the rights of transgender women of color,” said  HRC President Alphonso David. “Her onscreen poise and offscreen passion have cemented her place as a fierce leader in the LGBTQ rights movement, and we are looking forward to presenting her with the National Equality Award.”

“We are also thrilled to welcome special guests Ryan Russell and Jake Choi, trailblazers in their respective worlds of sports and entertainment,” David continued. “Earlier this year, Russell became the only active NFL player to publicly come out as bisexual. Choi has received critical acclaim for his roles on the screen, bringing the often underrepresented identity of an LGBTQ Asian-American into the living rooms of families across the country.”

Dominique Jackson is a Tobagonian-American transgender actress, author, model, and reality television personality, most famous for her performance as Elektra Abundance in FX's Television series Pose. She is a great advocate for social change, transforming her community through her partnership with nonprofit organizations such as Destination Tomorrow in the Bronx to advocate for transgender and LGBTQ+ rights. The star has an extensive social media following, with a fanbase of over 100,000 combined followers on Instagram and Twitter. In an interview with Forbes magazine, Jackson states, “If we can tap into our minds both scientifically and spiritually, we can reach unthinkable heights. Such heights let us more clearly assess successes and failures, and provide us with direction.”

Ryan Russell is a professional football player in the NFL, a published poet, writer and artist. He was drafted in 2015 to the Dallas Cowboys in the fifth round. He saw a large part of his success in Tampa Bay with the Buccaneers. On April 26th, his mother’s birthday, he released his debut poetry book “Prison or Passion.”  In 2019 Russell became the only male athlete in the four major professional sports leagues (NFL, NBA, MLB, NHL) to openly identify as LGBTQ.

The son of Korean immigrants to the United States, Jake Choi was born and raised in Elmhurst, Queens. Fluent in English and Korean, Jake is a series regular on the ABC comedy series Single Parents. He plays the lovable but misguided Miggy, a 20-year-old, sleep-deprived dad raising a baby boy alone after the child’s mom departs for college. In 2019, he also starred in the MGM and Warner Bros. feature film The Sun is Also a Star alongside Yara Shahidi and Charles Melton. Previously, Jake was the lead of the 2015 independent film Front Cover, a gay romantic dramedy tackling the intersection of ethnicity and sexuality. Jake's television credits include roles on the TV Land comedy series Younger, Hulu's Difficult People, and Comedy Central’s Broad City.  He is a staunch advocate for the rights, protections and positive media representations of members of marginalized communities, especially people of color and LGBTQ individuals. On a recent cover of The Advocate magazine, Jake stood shoulder to shoulder with Nico Santos and Vincent Rodriguez III, for a feature titled "Crazy Amazing Asian-Americans: These Out TV Stars are Changing More Than Just Hollywood.”

The Human Rights Campaign will also honor Cathy Nelson, the organization’s Senior Vice President of Development and Membership, who will be leaving HRC after decades of work in service of the LGBTQ community. She has worked at HRC for 30 years and is the longest serving employee in the organization's history.  As the head of membership and development she helped grow HRC to its 3+ million members and supporters. Cathy's impact is far reaching and her contributions to HRC are vast; the organization is thrilled to thank and honor Cathy in this way at HRC's signature event, which she helped start.