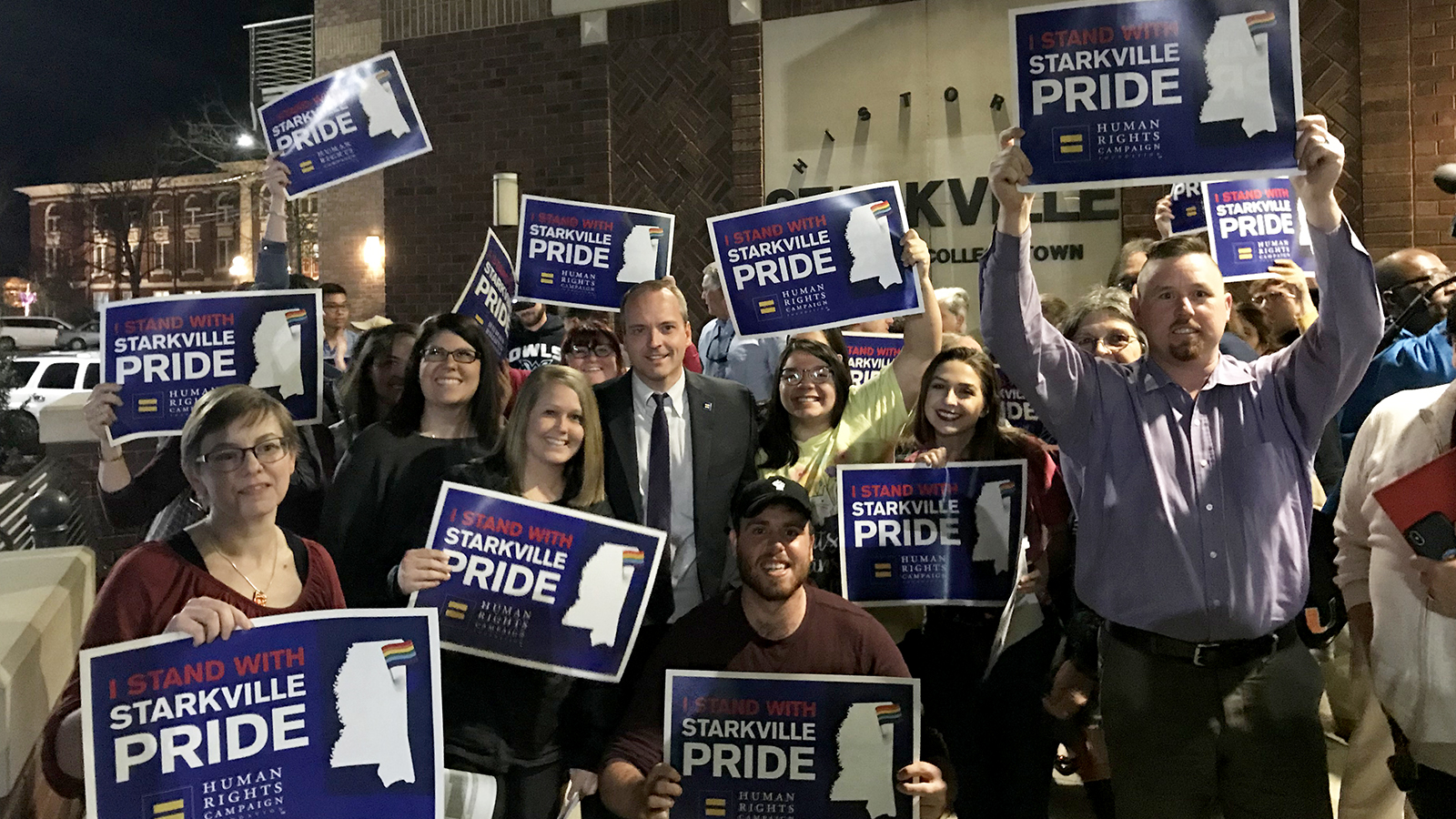 HRC was honored to join the many fair-minded Starkville, Mississippi, residents who packed City Hall on March 6 in support of a permit for the city’s first ever Pride parade planned for March 24. This came two weeks after the Board of Aldermen shamefully denied the city’s requested permit.

After several citizens in the heavily pro-equality audience expressed their desire to be able to celebrate Pride in Starkville, it was heartening to witness the city to do the right thing and allow the LGBTQ community to peaceably assemble and celebrate Pride in their own community.

Our team at HRC worked with elected officials and community leaders to help force a re-vote on the decision. HRC will continue to work alongside the Starkville Pride organizers to ensure the event is successful.

BREAKING: @HRC praises the Starkville community, and especially #StarkvillePride, for successfully pushing the city’s Board of Aldermen to issue a permit for a Pride parade. https://t.co/Ya6nAyBr6h pic.twitter.com/rVA5fea6Hv

At HRC Mississippi, we stand with Starkville Pride and with all LGBTQ and allied Mississippians who work each day to create a state where everyone is treated equally and celebrated in their community. We look forward to celebrating Starkville Pride on Saturday, March 24.

For more information on HRC’s work in the Magnolia State, visit hrc.org/mississippi.