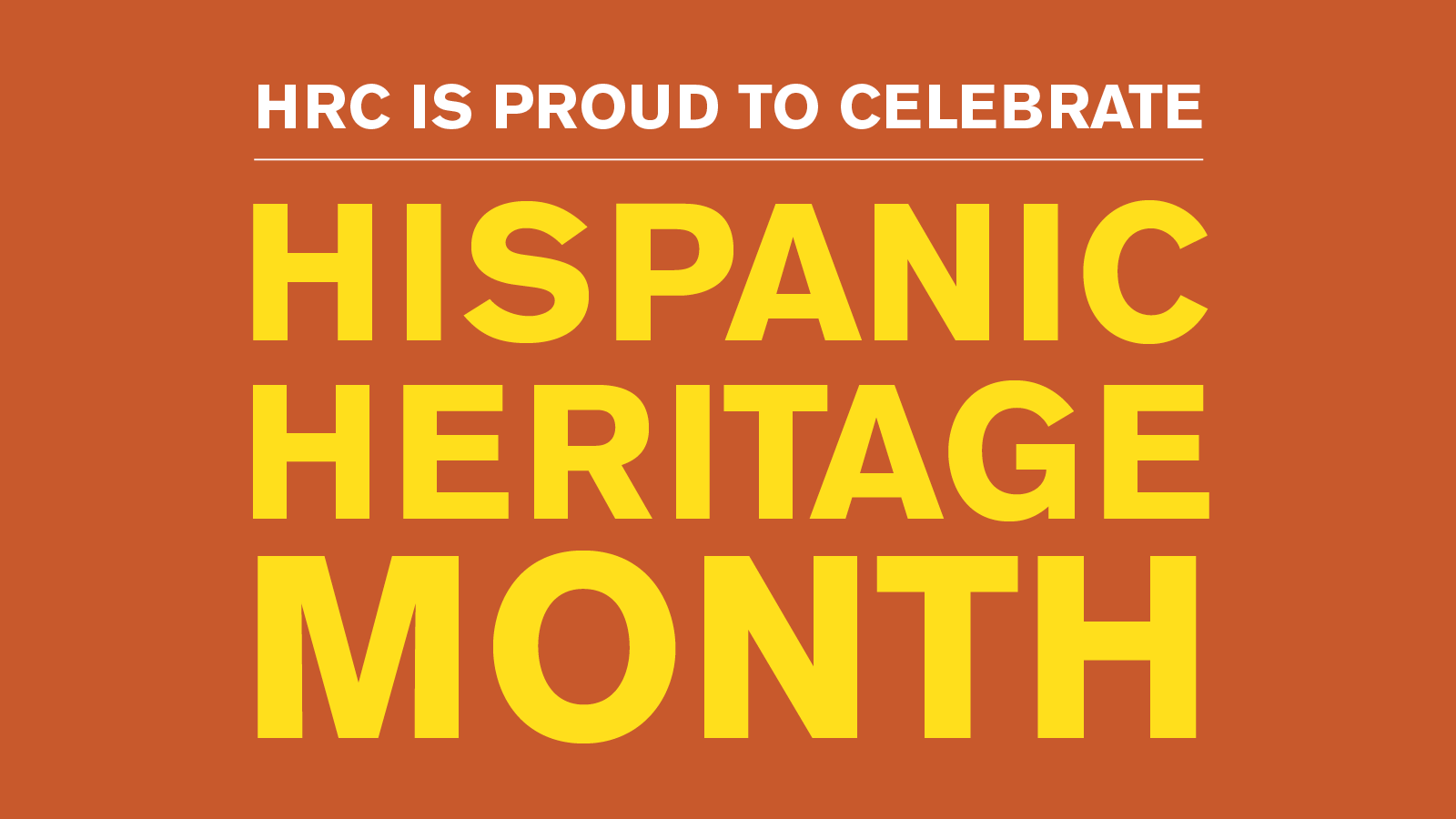 HRC is proud to observe National Hispanic Heritage Month, which begins on Friday, September 15, an annual celebration of the histories and cultures of American citizens whose ancestors came from Spain, Mexico, the Caribbean, and Central and South America.

While we honor their great contributions to American history and culture, we also stand firmly with those in the Latinx community who are under attack -- including young people affected by the Trump-Pence Administration’s cruel decision earlier this month to end the Deferred Action for Childhood Arrivals (DACA) program. Since 2012, DACA has allowed hundreds of thousands of young people who were brought to the U.S. as minors to stay in the country, continue their work and studies, and make positive contributions to our nation.

Rescinding DACA not only puts the lives and livelihoods of more than 800,000 Dreamers -- including roughly 75,000 of whom are LGBTQ -- in jeopardy, but also takes direct aim at the American Dream itself. One of those young LGBTQ Dreamers is Sheridan Aguirre of Texas, who last month spoke with HRC’s Milagros Chirinos about living in constant fear of the prospect of DACA ending, and his resolve to stay.

“As immigrants we all have different journeys,” Aguirre said. “This is our home. We must recognize the human component of all of this. We are here to stay and fight to achieve our dreams. All we ask is to live a normal life, where we can prosper and succeed beyond the barriers of legal status, race, sexual orientation, gender identity and any other issues that divides us as a country.”

HRC supports passage of a clean DREAM Act to protect Dreamers. We also continue to support comprehensive and inclusive immigration reform, and have crafted core principles in our policy proposals that include a pathway for citizenship for undocumented immigrants. Those principles also prioritize family cohesiveness and unification, call for the protection of LGBTQ asylum-seekers, and seek to ensure access to healthcare by undocumented immigrants, particularly those living with HIV & AIDS.

HRC is proud to work with the Hispanic/Latinx community, and is seeking new ways to engage on issues of equality and non-discrimination for Spanish-speaking LGBTQ people. Earlier this year, we launched the Recursos en Español de HRC, to expand outreach to and resources for Spanish-speakers as well as members of the Spanish-language media. The hub of HRC’s Hispanic/Latinx resources can be found here.

While we take this time to celebrate National Hispanic Heritage Month, let us also make this a time for action to support DACA and the hundreds of thousands affected by the Trump-Pence decision: Text “WITH DREAMERS” to 30644 and you’ll be connected to your Representative’s office. So far, more than 13,200 of HRC’s members and supporters have called their lawmakers in support of a clean DREAM Act. Join them in making your voices heard.

HRC will continue to fight for the rights of LGBTQ immigrants, Muslims, refugees, people of color and all the vulnerable communities.