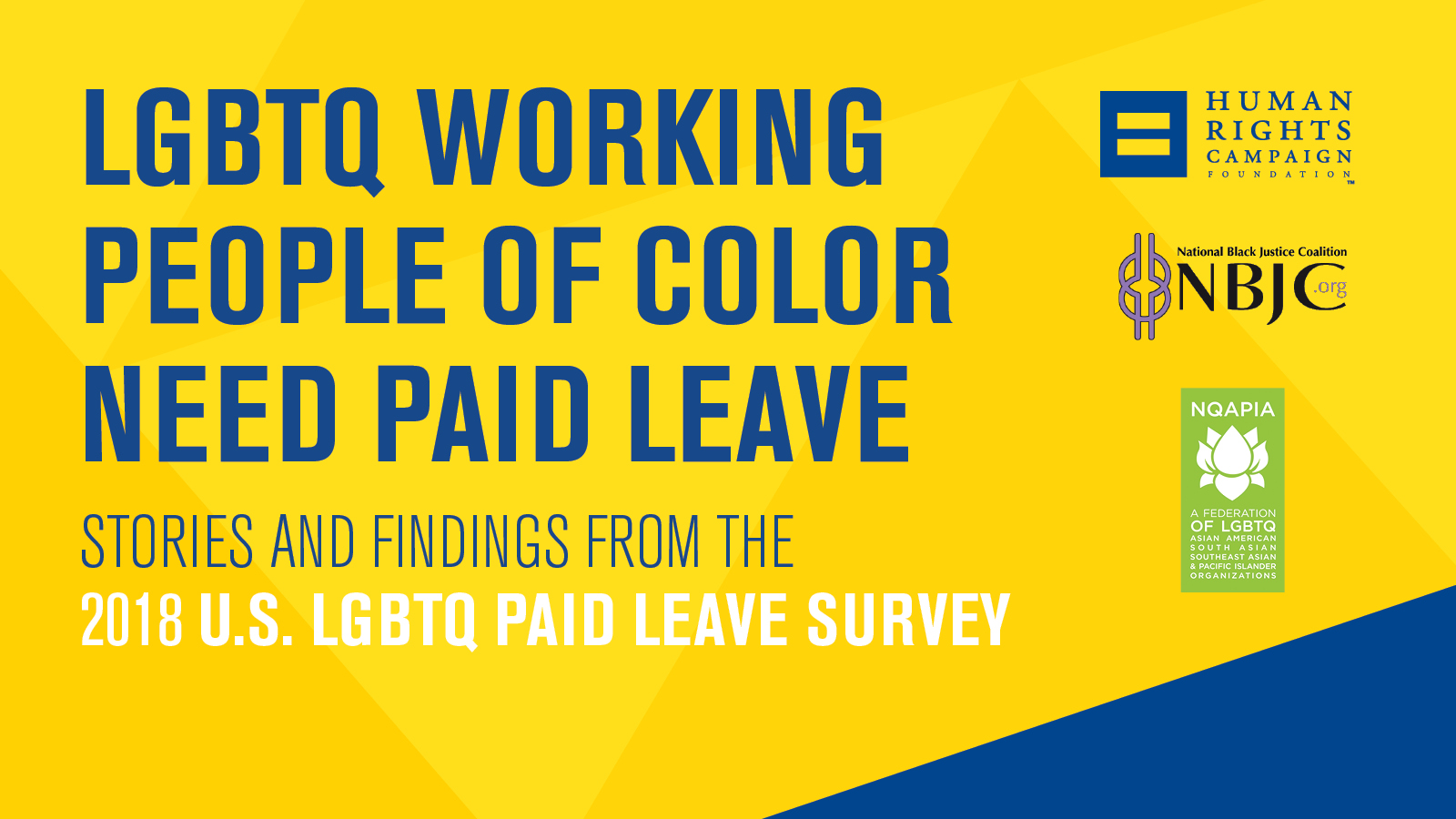 The report, which reveals disproportionately high barriers for LGBTQ working people of color in accessing workplace leave policies compared to white LGBTQ working people, draws on responses to the HRC’s 2018 U.S. LGBTQ Paid Leave Survey -- the largest and most comprehensive survey ever of its kind. Its release coincides with International Workers’ Day, a commemoration of the essential role of working people and labor unions around the world.

“We know that access to inclusive paid leave is vital for all working people, and our groundbreaking research shows it is particularly crucial for LGBTQ people of color and our loved ones,” said Ashland Johnson, HRC Director of Public Education and Research. “LGBTQ people of color report more barriers, increased fears and less access to inclusive leave policies compared to white LGBTQ working people. These experiences reflect the troubling workplace disparities that arise at the intersection of race, gender identity and sexual orientation -- and the need to address these inequities as we pursue nationwide paid leave for all working people.”

The new HRC Foundation report reflects responses from 1,883 LGBTQ people of color from across the nation detailing their ability to access family and medical leave, experiences in the workplace and concerns about managing both their jobs and their wellbeing. Key findings include:

Read the report here, and check out other findings from the HRC’s 2018 U.S. LGBTQ Paid Leave Survey here.