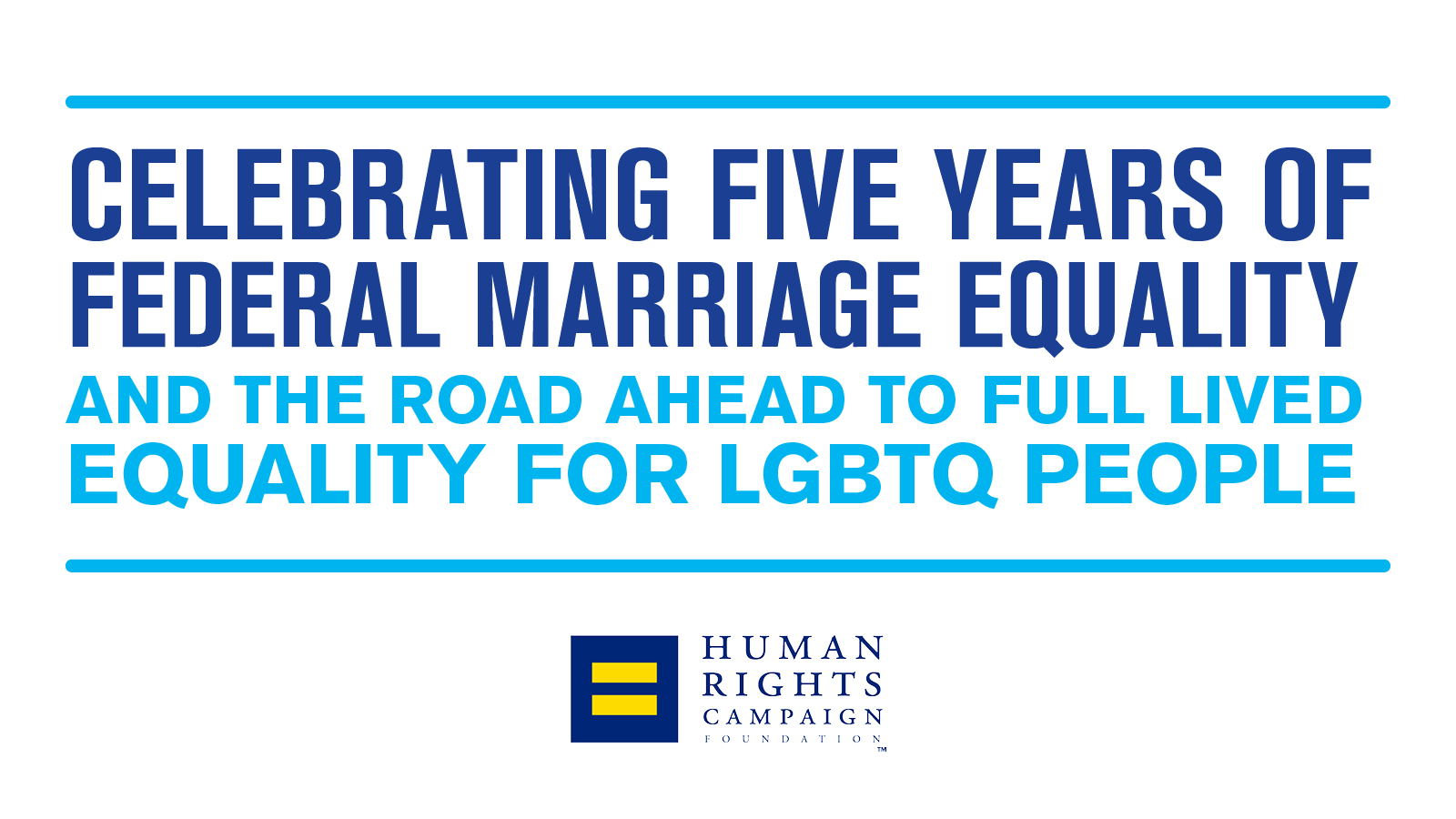 “We celebrate the five-year anniversary of marriage equality on the heels of another significant victory in the United States Supreme Court. Looking back on the five years since Obergefell v. Hodges, the LGBTQ community has made some truly remarkable progress,” said HRC President Alphonso David.  “Same-sex couples can legally marry across our country, public support for equality continues to grow to unprecedented levels and LGBTQ workers are now undeniably protected from discrimination under federal law. But we also must acknowledge that LGBTQ people continue to face discriminatory attacks from anti-equality politicians, that there are no nationwide nondiscrimination protections in the public square and that we are living through an epidemic of violence that particularly targets Black transgender women.”

David continued, “This is not a time to slow down -- this is a time to harness our momentum, finish the work at hand and ensure that our progress is truly felt by all, no matter who you are or where you live.”

Published more than fifty years since the Stonewall Riots, five years since Obergefell v. Hodges and one week since Bostock v. Clayton County, the report lays out the monumental shift in both legal protections and societal support for LGBTQ people. New analysis from HRC Foundation shows that public support for marriage equality has increased dramatically in thirty years, rising from just 12% in 1988 to 68% in 2018 -- including a nearly ten percent increase since the Obergefell decision. Globally, the number of countries with marriage equality has grown from one -- the Netherlands -- in 2001 to 29 and counting. Costa Rica, the latest to adopt marriage equality, became the first Central American country to do so this past May.

The report also notes the barriers that remain for LGBTQ people throughout the United States and the path ahead toward full equality. Despite legal progress at the city, state and federal level, discrimination presists for LGBTQ people throughout daily life. In many states, LGBTQ people can be refused services and denied access to government social safety net programs. Last year, at least 27 transgender and gender non-conforming people were killed, nearly all Black transgender women.

The ongoing discrimination and gaps in non-discrimination protections underscore the urgent need for passage of the Equality Act, legislation that would explicitly protect LGBTQ people throughout daily life while modernizing existing federal civil rights laws to enhance protections for all.

To read this report, visit hrc.im/EqualityReport.