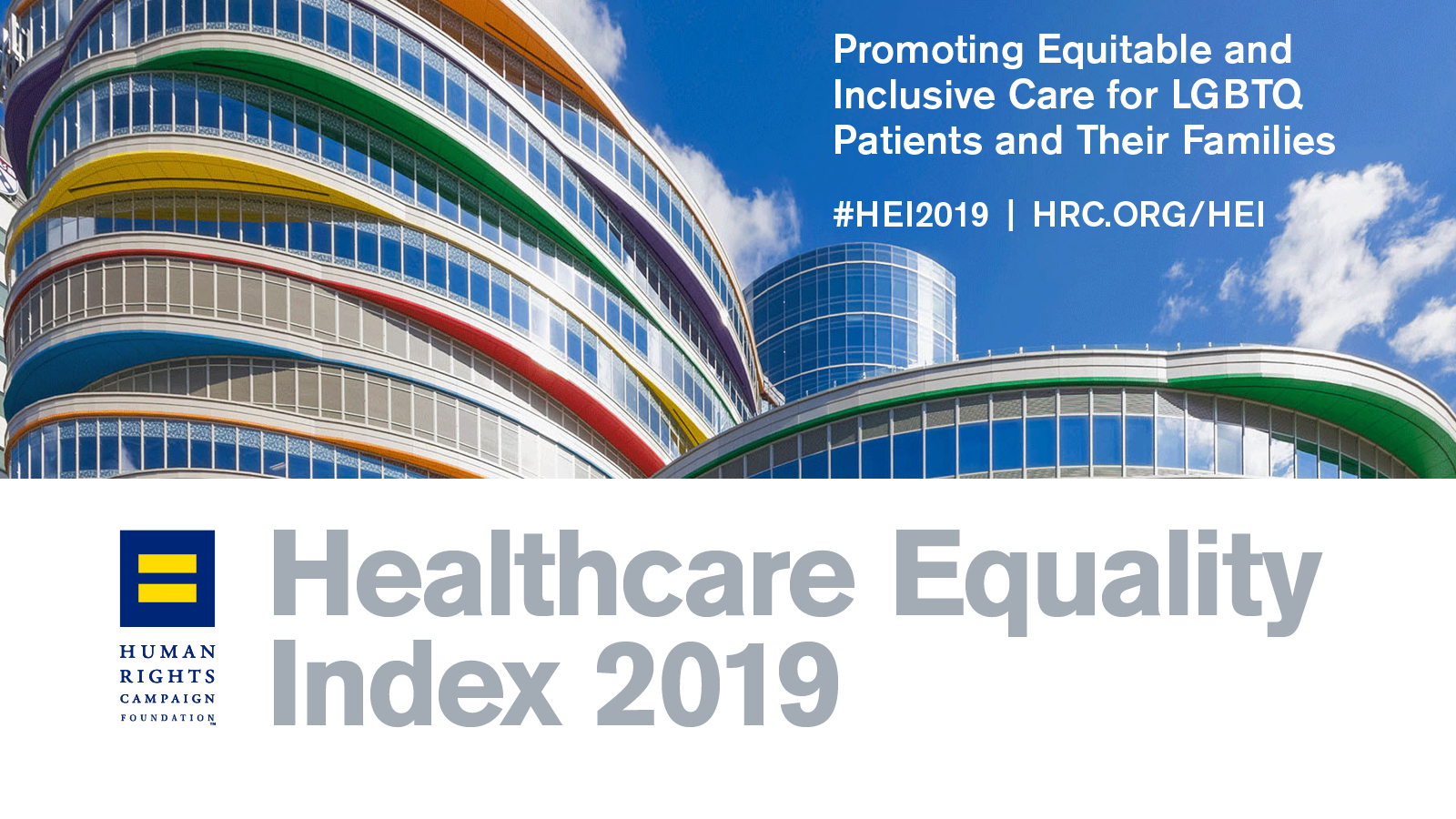 Today, the HRC Foundation released its 12th annual Healthcare Equality Index (HEI), which scores health care facilities on policies and practices dedicated to the equitable treatment and inclusion of their LGBTQ patients, visitors and employees. A record 680 health care facilities actively participated in this year’s survey, and, even as Trump-Pence continue their assault on LGBTQ-inclusive health care, 406 of them earned a top score of 100. They received HRC’s coveted “Leader in LGBTQ Health Care Equality” designation. In addition, the HRC Foundation proactively researched key policies at 1,000 non-participating hospitals across the nation.

“As the Trump-Pence administration continues to attack the most fundamental rights of LGBTQ people, including rolling back non-discrimination protections in the Affordable Care Act and promoting a license to discriminate in health care, it is more important than ever that health care institutions stand with the LGBTQ community,” said HRC President Alphonso David. “The health care facilities that participate in HRC’s Healthcare Equality Index are making clear that they stand on the side of fairness and are committed to providing inclusive care to their LGBTQ patients. Going beyond inclusive non-discrimination policies, these health care facilities are adopting best practices in the areas of LGBTQ patient care and support, employee policies and benefits, and LGBTQ patient and community engagement. We commend all of the HEI participants for their commitment to providing inclusive care for all.”

David will launch the HEI today in Columbus, Ohio, as part of his cross-country tour. The #WeAreHRC tour marks David’s first official act as the head of the nation’s largest LGBTQ civil rights group and will highlight his priorities for the coming years, including passing the Equality Act, stopping the disturbing trend of anti-trans violence, expanding access to inclusive health care, ending the HIV and AIDS epidemic and electing pro-equality candidates up and down the ballot. Before serving as HRC’s president, David litigated precedent-setting civil rights cases across the nation affecting the LGBTQ community as well as those living with HIV and AIDS in health care settings.

The release of the 2019 HEI comes as the comment period closes on a regulation proposed by the Department of Health and Human Services (HHS) that would strip away explicit health care protections on the basis of gender identity, effectively targeting transgender and gender non-conforming people’s access to critical care. Under the Obama administration, these landmark protections were added under Section 1557 of the Affordable Care Act, the first time sex was covered as a protected characteristic in health care.

Despite these assaults on LGBTQ-inclusive health care from the highest offices in the land, HRC has and remains committed to ensuring that LGBTQ people have access to the best, most respectful and appropriate care.

The 12th edition of the HEI assesses participants on four criteria: Non-Discrimination and Staff Training, Patient Services and Support, Employee Benefits and Policies, and Patient and Community Engagement.

In the 2019 report, an impressive 406 facilities earned HRC’s “LGBTQ Health Care Equality Leader” designation, receiving the maximum score in each section and earning an overall score of 100. Another 148 facilities earned the “Top Performer” designation for scoring from 80 to 95 points. With 81% of participating facilities scoring 80 points or more, health care facilities are demonstrating concretely that they are going beyond the basics when it comes to adopting policies and practices in LGBTQ care.

The remarkable progress reflected in the 2019 HEI includes:

Of the 1,000 hospitals that didn’t actively participate in the HEI but were included based on HRC Foundation research, only 67% have patient non-discrimination policies that include both sexual orientation and gender identity, and only 62% were found to have an LGBTQ-inclusive employment non-discrimination policy. The equal visitation policy, in place at 90% of facilities that didn’t actively participate, is the only aspect in which this group comes close to matching the rate of the participating facilities.

400+ facilities earned a score of . Here's how they celebrated to being a leader in LGBTQ health care. #HEI2019 https://t.co/BObML9lS6k