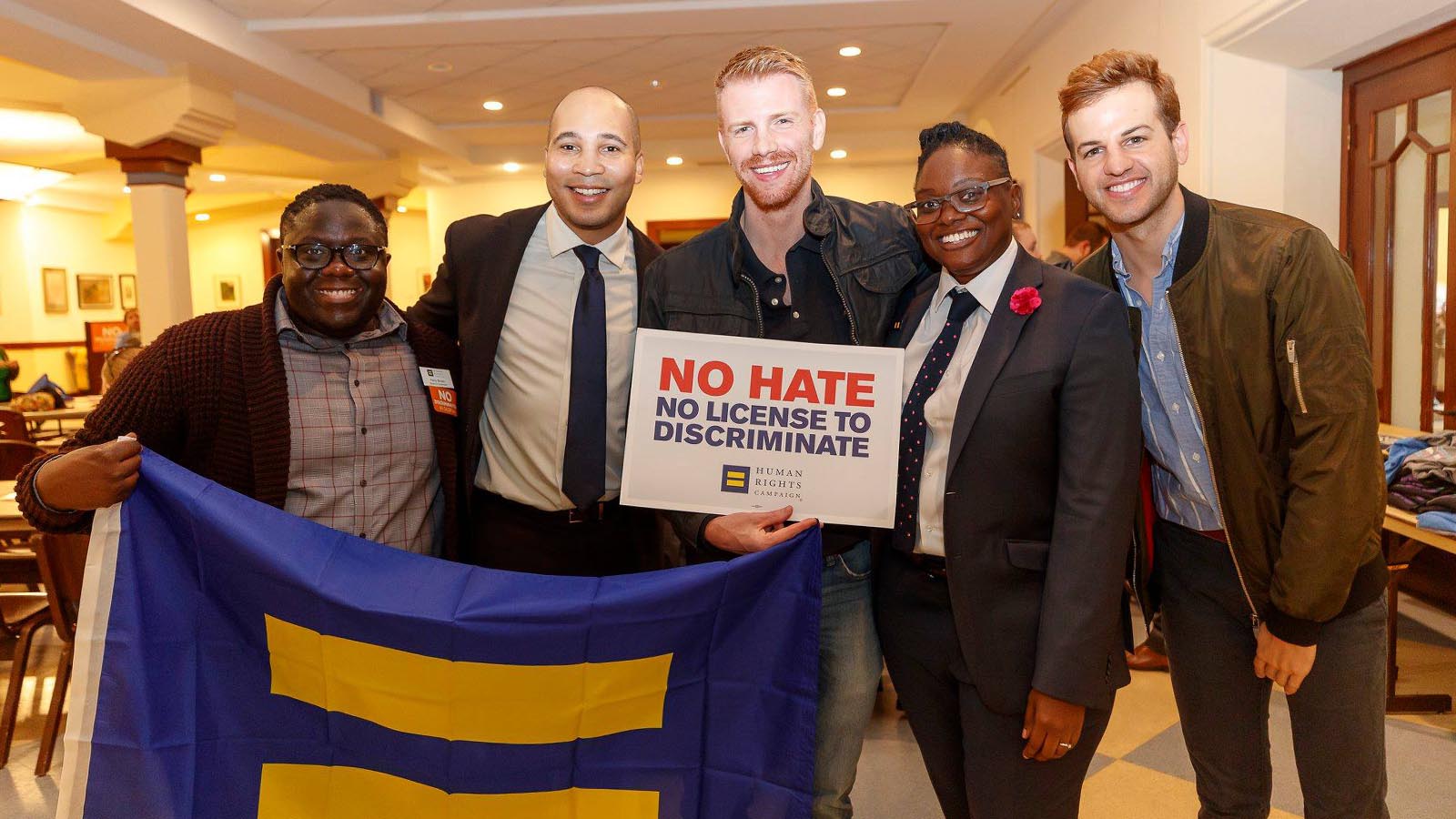 Last week, HRC joined Georgia Equality, ACLU, Lambda Legal, Anti Defamation League, Atlanta Gay & Lesbian Chamber of Commerce, adoptive parents and supporters to lobby House Representatives and rally in opposition to SB 375.  SB 375 would enshrine discrimination into law by allowing child welfare organizations — including adoption and foster care agencies — to turn away qualified Georgians seeking to care for a child in need, including LGBTQ couples, interfaith couples, single parents, married couples in which one prospective parent has previously been divorced or other parents to whom the agency has a religious objection.

Two years ago, Governor Nathan Deal vetoed similar anti-LGBTQ legislation. Just this week, Deal signed into law a different child welfare bill, HB 159, which aims to speed up Georgia’s adoption process. “With the signing of this bill into law, we are giving children, including the 13,500 children in foster care, renewed hope for a forever family,” Deal said.

SB 375 is now being considered in the House Judiciary Committee. If passed, SB 375 would make Georgia the eighth state to pass a license to discriminate with regard to the provision of child welfare services. Georgia is facing a foster care crisis, and this legislation would only will make it harder for those kids children to find permanent, loving homes.

One of the cruelest consequences of these bills is that they would allow agencies to refuse to place foster children with members of their extended families – a practice often considered to be in the best interest of the child – based solely on the agency’s religious beliefs. Children who deserve a forever home could end up left in group care even when a qualified family is waiting to adopt or foster the child.

Nearly 150 equality supporters were present at the Georgia State Capitol to call upon legislators to halt this dangerous legislation. Following lobby visits, supporters walked over to Central Presbyterian Church. Not even the rainy weather could stop them from rallying in opposition to SB 375. HRC’s Senior Regional Field Organizer, Hope Jackson, joined Georgia Equality’s Executive Director Jeff Graham, actor Daniel Newman of “The Walking Dead” and other LGBTQ advocates and allies to speak out against the discriminatory bill.

These are some of the powerful stories shared:

“We cannot call ourselves true conservatives and champions of the family if we would willfully deny my children or the 14,000 foster children in the system of Georgia the opportunity to be a part of a loving family,” said Marisa Pruitt DeRossett, a conservative LGBTQ mother of three.

“Today, we delivered a message to lawmakers that Georgians from all backgrounds want to have a real discussion about policies that advance fairness, opportunity, and equality for everyone,” said Jeff Graham, executive director of Georgia Equality. .

Until the Georgia legislative session adjourns on March 29, HRC will continue to work with Georgia Equality and other allies and advocates to urge the Georgia House of Representatives to reject this discriminatory bill.