HRC Joins Equality NC for the Annual Day of Advocacy and Press Conference to Oppose HB 2.0 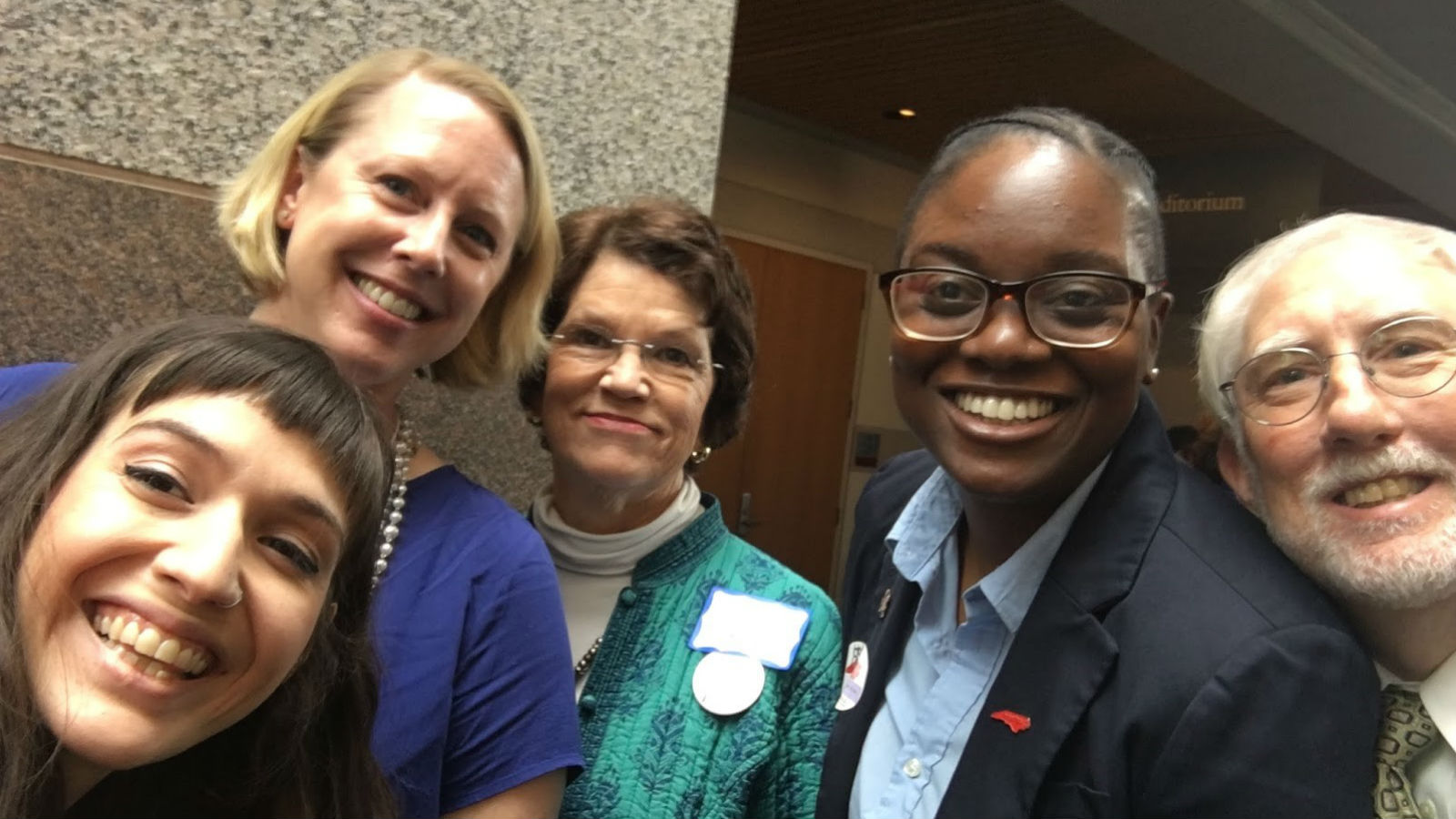 On Thursday, HRC teamed up with Equality NC (ENC) for ENC’s annual Day of Advocacy at the General Assembly in Raleigh. Nearly 75 North Carolinians participated in trainings to learn the necessary skills to talk to their representatives and become advocates for LGBTQ North Carolinians and the repeal of HB2.

The day began with a welcome from Equality NC’s Executive Director Chris Sgro followed by policy updates on HB2 and non-discrimination legislation by Equality NC Director of Transgender Policy and HRC Board of Director, Ames Simmons. HRC Southern Regional Field Organizer Hope Jackson and former HRC Board of Governors Maddy Goss also provided training on how to effectively tell personal stories about how HB2 is impacting North Carolinians from across the state. Equality NC’s Director Sgro  facilitated a panel discussion and Q&A with Senator Terry Van Duyn and Representatives Chaz Beasley and Deb Butler who shared thoughts on an effective lobby visit.

Leaders from NARAL Pro-Choice North Carolina, National LGBTQ Task Force and NC Action Aids Network joined us for lobbying efforts, visiting the offices of legislators to ask that they repeal HB2. When the North Carolina legislature hastily passed HB2 during a one-day special session last year, many legislators did not take the opportunity to hear from their constituents. Throughout our lobbying day, a number of elected officials made time to meet with constituents and others stopped to talk in the hallways and hear personal stories of how HB2 is continuing to cause harm and economic distress for the state.

After lobby day wrapped up and the General Assembly doors closed for the day, Republican State Representative Chuck McGrady held a press conference to announce he would file HB 186, yet another discriminatory bill like HB2. The new proposal would prevent cities from passing meaningful non-discrimination protections --- forbidding them from passing ordinances ensuring transgender people have access to restrooms --- as well as prevent cities from implementing policies that stop taxpayer funds from being used by contractors to discriminate against LGBTQ people. It would also impose additional new and unnecessary penalties for crimes committed in restrooms, and it would create a mechanism for non-discrimination ordinances to be subject to a burdensome referendum process.

Equality NC, HRC and NARAL Pro-Choice NC  held a subsequent press conference to let members of the North Carolina General Assembly know that North Carolinians will not accept a compromise on discrimination and it’s time to stop playing games and vote for a full repeal of HB2. “Let’s be clear, this isn’t an HB2 repeal. This is HB2 all over again. This new proposal would double down on the most discriminatory provisions of HB2,” said Jackson.

North Carolinians have faced unprecedented economic suffering and discrimination since the passing of HB2. It’s time for NC lawmakers to take responsibility and clean up the mess they’ve made and vote for a full and clean repeal of HB2.

If you live in North Carolina and want to join the efforts to repeal HB2, contact HRC Regional Field Organizer Hope Jackson at .(JavaScript must be enabled to view this email address).