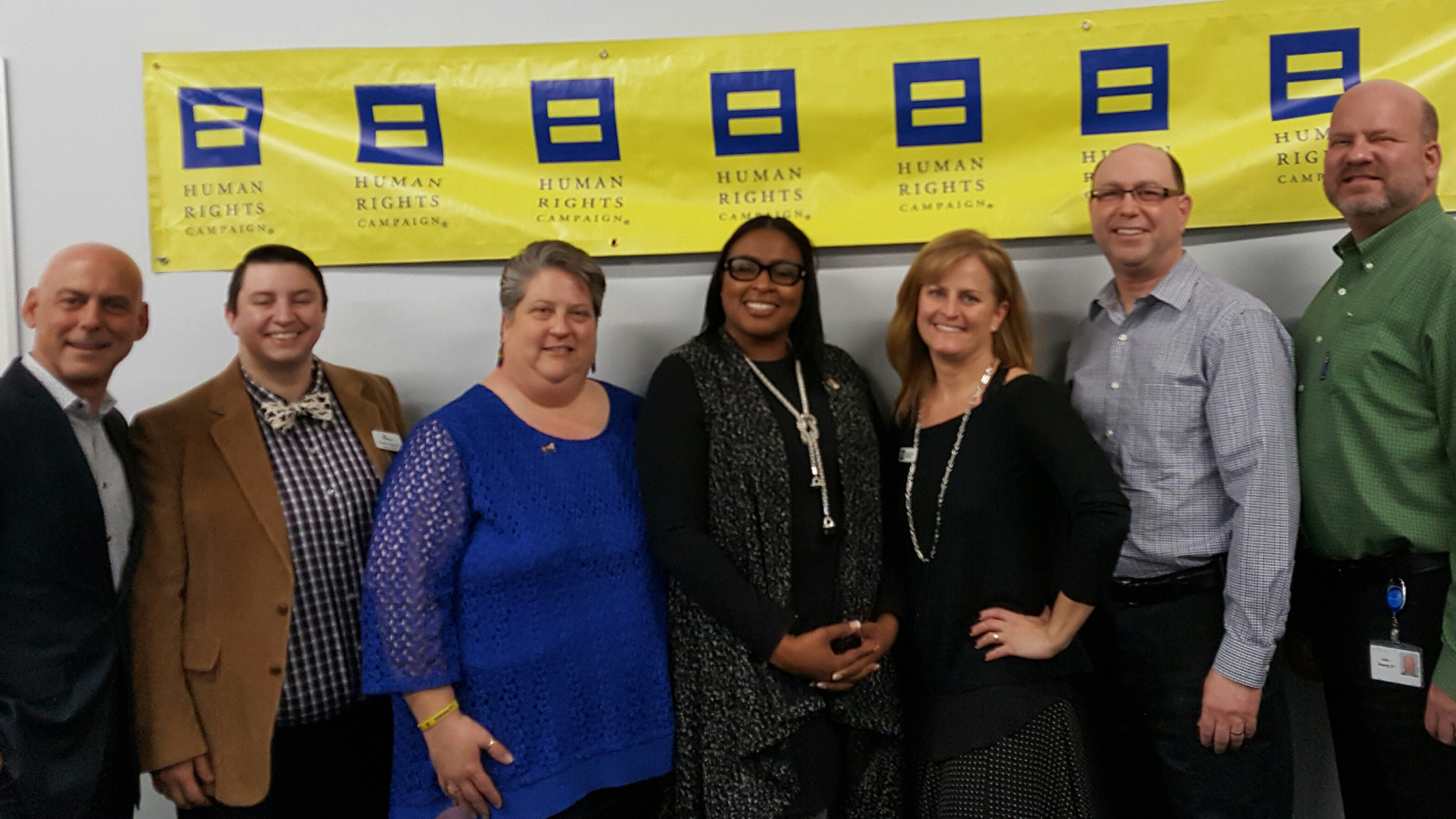 Last month, HRC Senior Regional Field Director Lynne Bowman traveled to Rochester, New York, to speak about the state of LGBTQ equality in 2017. After four years of settling into the community in Rochester, I was proud to plan my first official HRC event for Lynne's visit.

The event exceeded my expectations. The community room was packed. More than 70 people attended and the attendees were engaged and asked a lot of questions.

Lynne shared that Rochester scored 100 on HRC’s Municipal Equality Index, but only because of bonus points (it initially scored a 95). Mayor Lovely Warren, who was sitting directly behind me with her Director of Communications, asked me to engage with her office to make sure that next year Rochester received a 100 straight out- no bonus points necessary.

The event started with a reception in the art gallery of a local LGBTQ community center. Attendees included staff from Congresswoman Louise Slaughter's office, staff from the Mayor's office, the director of the Rochester chapter of SAGE, the Chair of the Board of Directors of the community center and several key community leaders. Just before heading into the assembly room, one of our primary local stations - News 10, an NBC affiliate - arrived and interviewed Lynne.

In addition to this successful event, Lynne and I met with four prominent leaders in the community here: Emily Jones, former Sr. Manager at Kodak and Emeritus member of the HRC Business Advisory Council, and the employment resource group chairs from Xerox, Corning, and my company - Excellus BCBS. All four companies received a perfect score on HRC’s Corporate Equality Index, the national benchmarking tool on corporate policies and practices pertinent to LGBTQ employees. Lynne and I also visited the Susan B. Anthony House & Museum and enjoyed a private tour led by the Executive Director of the Foundation.

A week later, I continue to receive positive feedback about the event. Attendees were fired up and ready to go, some volunteering to join an events committee for Western New York. If you’re interested in joining us, .(JavaScript must be enabled to view this email address)