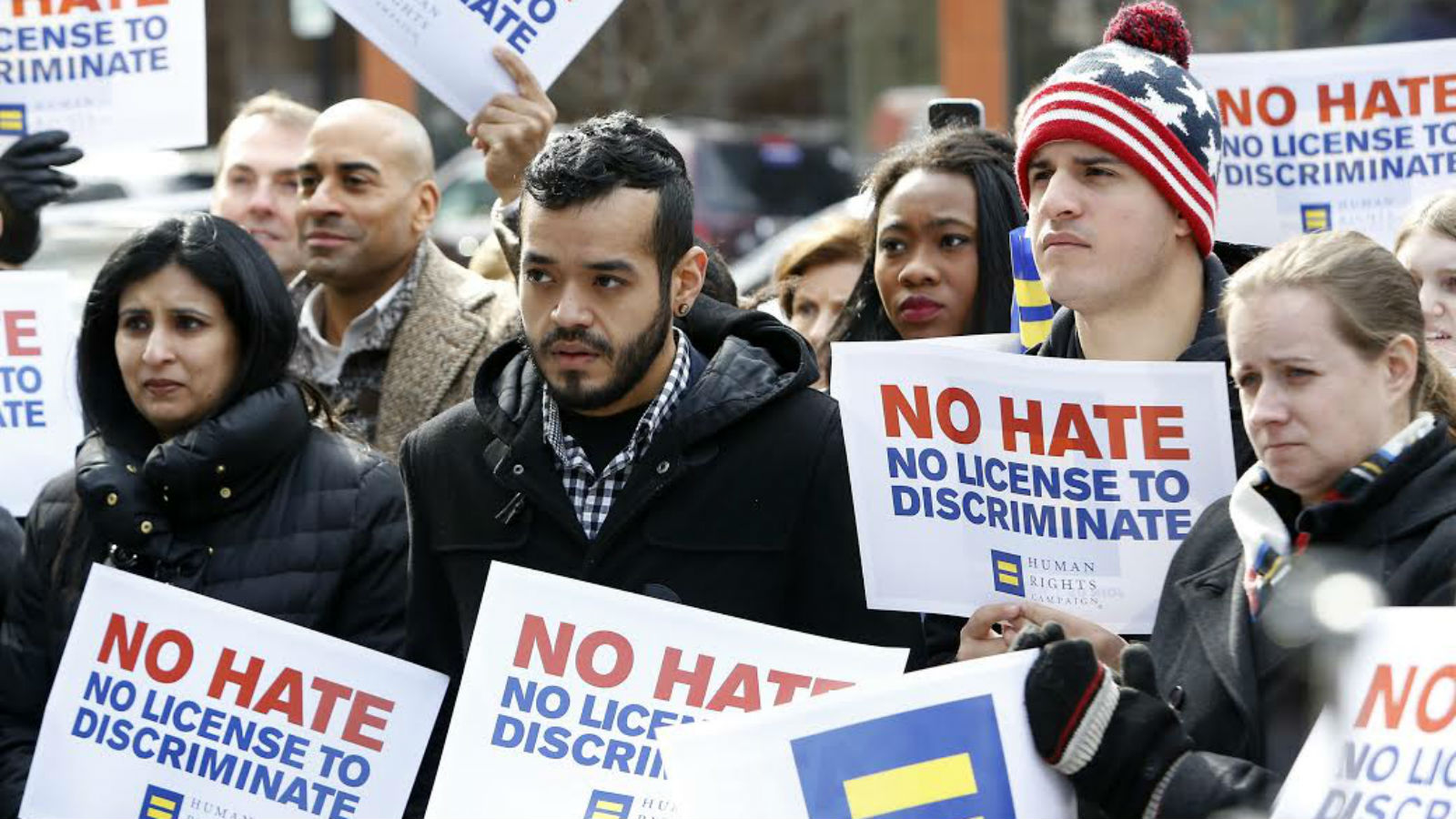 Earlier today, HRC and other civil rights leaders held a press conference to discuss a potential Trump executive order that could extend a broad license to discriminate against LGBTQ people. HRC and a broad coalition of other advocates addressed persisting rumors and other Trump actions that directly impact LGBTQ women, Muslims, immigrants and other communities he has already specifically targeted.

HRC needs your help to fight back. This move could allow a wide range of individuals and organizations — perhaps even for-profit companies — to legally discriminate against LGBTQ people.  We can’t sit on the sidelines. We must act.