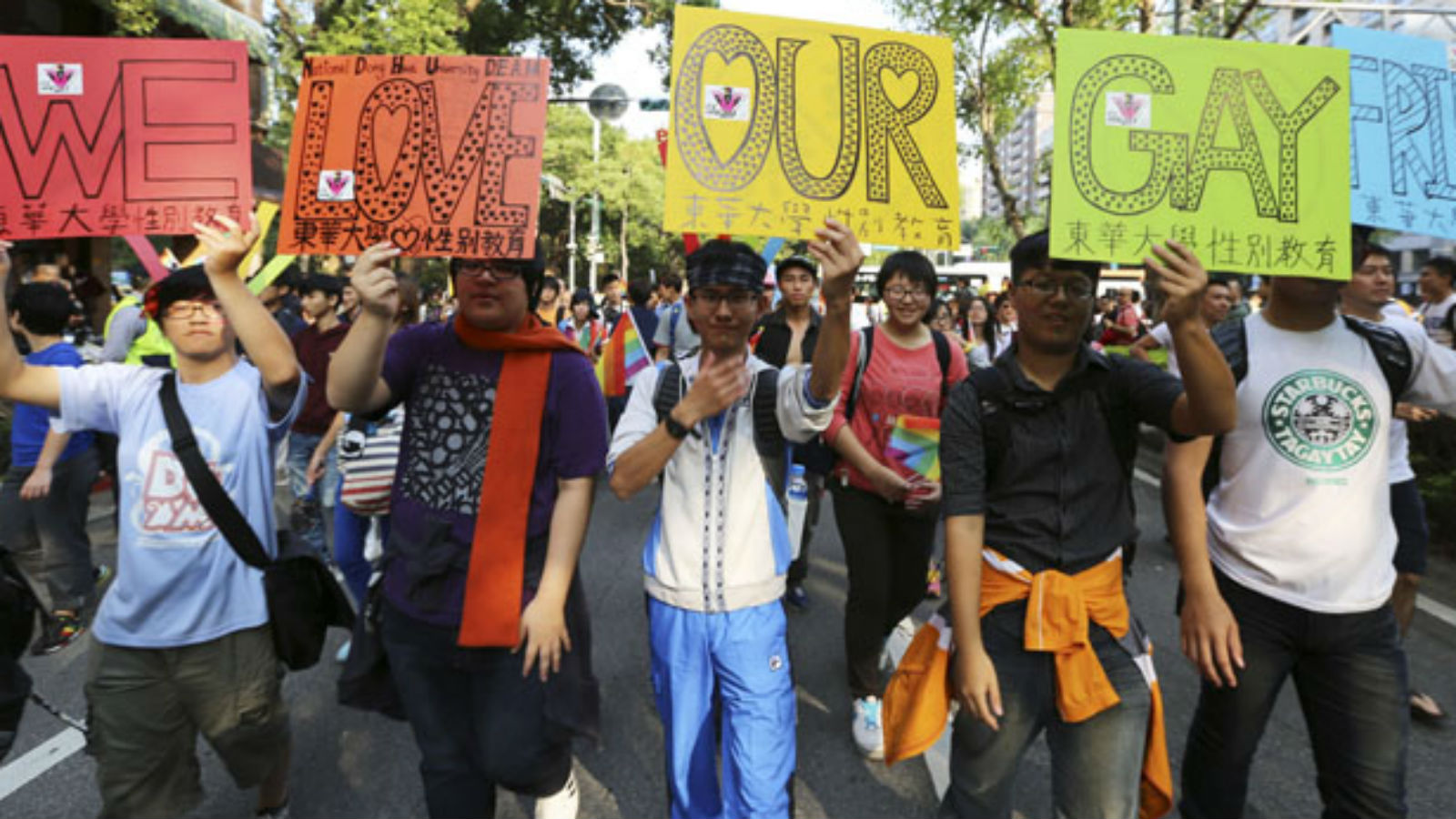 Last week, the Taiwan Tongzhi Hotline Association, a leading Taiwanese LGBTI organization, partnered with Open Society Foundations to host a panel discussion on the marriage equality movement in Taiwan. If marriage equality legislation passes or one of several ongoing court cases succeeds, Taiwan could become the first place in Asia to have full marriage equality.

Jennifer Lu and Sean Sih-Cheng Du, senior staff at the Hotline, led the panel. Lu participated in HRC’s inaugural Global Innovative Advocacy Summit last year where she was able to present on her recent campaign for a seat in the Taiwanese Parliament and the importance of LGBTQ leaders becoming involved in politics and the political process. Sih-Cheng Du will attend this year’s Summit in April to discuss his innovative use of crowdfunding to advance the LGBTQ movement in Taiwan.

During the panel, Lu and Sih-Cheng Du provided an update on current legislation and various court cases related to marriage equality that are moving forward. They explained that while advocates have been fighting for marriage equality for the past three decades, the movement gained momentum recently following the death of a well-known openly gay professor, Jacques Picoux. The suspected suicide of Picoux, a man who had been denied inheritance rights to the property he shared with his late partner of 35 years, rallied the LGBTQ community of Taiwan and increased pressure on the government to move forward with marriage equality legislation.

Though same-sex couples can legally register their partnerships in 11 cities and counties in Taiwan, these partnerships lack many of the same rights afforded by marriage. Advocates are pushing for the proposed bill, which would amend the existing Civil Code, rather than adopting a separate policy which would provide equal benefits to same-sex couples.

In October 2016, legislators from three leading parties introduced parliamentary bills that would amend the Civil Code and legalize marriage equality. The bills passed the first reading in November and were combined into one version during committee review and revisions in December. A separate bill proposed at the same time also passed committee review and revision. There are two more readings before the bills can become law. It is likely that this process will continue after the release of the opinion of the Constitutional Court in May of this year.

Marriage equality is being considered in a number of ongoing court cases as well. One such case is being reviewed by the Constitutional Court, which is weighing whether or not it is unconstitutional to continue denying same-sex couples the right to marry.

Conservative groups, including Christian fundamentalists, have launched a campaign motivated by fear and hatred in a desperate attempt to halt the forward momentum of equality in Taiwan, but LGBTQ organizations like the Hotline are working to combat these negative campaigns based on misinformation. Both President Tsai Ing-wen and over 50 percent of Taiwanese people support marriage equality. Unlikely allies have recently made headlines, including an HSBC Taiwan CEO who agreed to walk his lesbian employee down the aisle after her father refused.

HRC Global will continue to support Taiwanese LGBTQ activists and monitor the situation. We also look forward to welcoming Sih-Cheng Du and nearly 30 other activist to Washington, D.C. for our Global Summit in April.