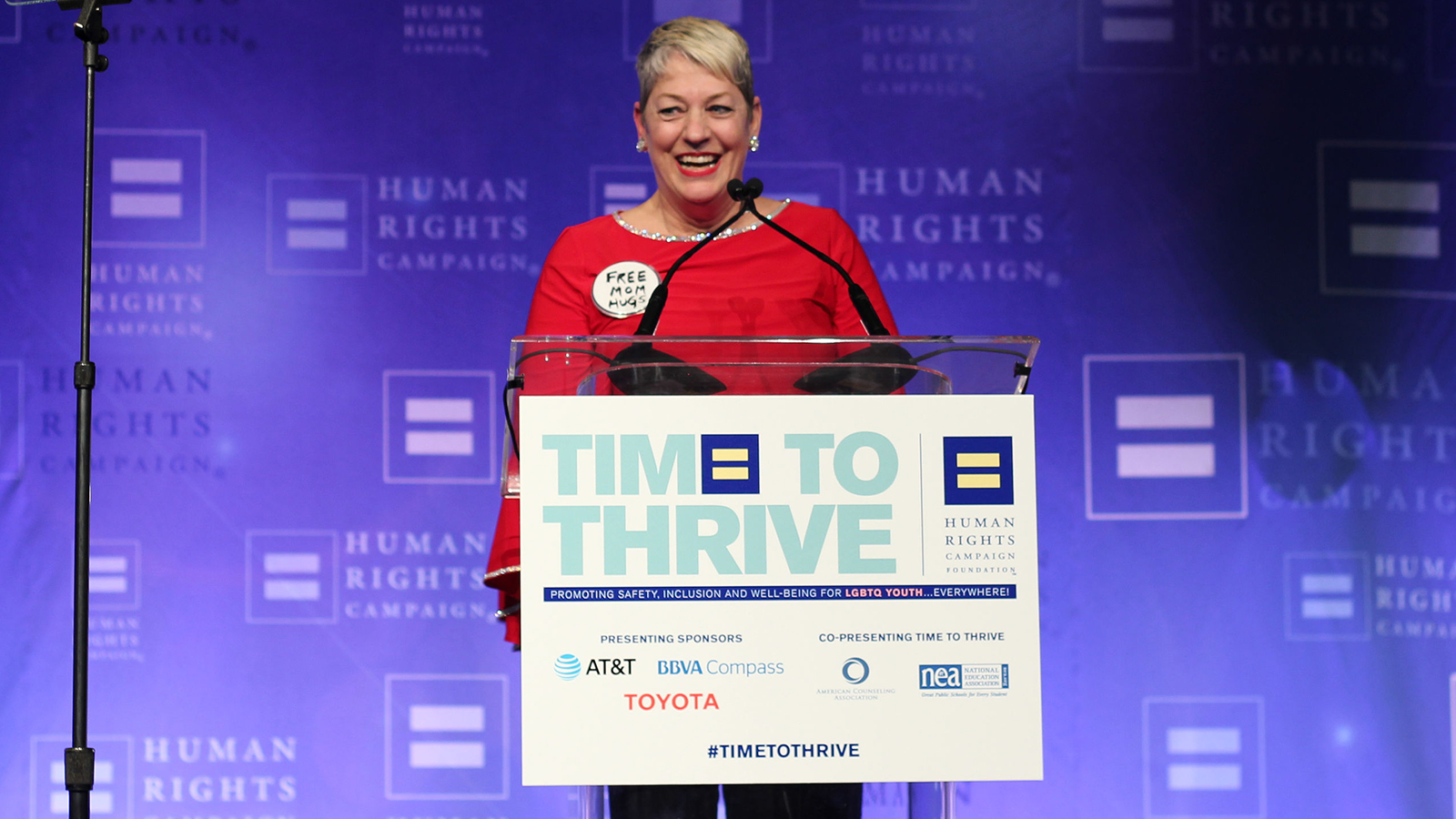 Judy and Dennis Shepard have been tireless allies and LGBTQ advocates since the horrific murder of their son, Matthew Shepard, in 1998. The couple’s work through the Matthew Shepard Foundation continues to inspire, bringing hope and support to LGBTQ people around the world who are striving to be who they are, often in the most difficult of circumstances. Judy Shepard has served on the HRC Foundation Board of Directors since 2001.

.@HRC Foundation is honored to present longtime allies and #LGBTQ advocates Judy and Dennis Shepard with the Upstander Award for their tireless advocacy after their son Matthew’s horrific murder 20 years ago. #TimeToTHRIVE pic.twitter.com/PFPhTDaY9c

Josie Totah, who starred in the NBC sitcom “Champions,” came out as transgender in a powerful op-ed for Time. She explained that watching transgender teen and former HRC Foundation Youth Ambassador Jazz Jennings share her journey on her “I Am Jazz” reality television series provided a powerful model for her. At the time, both Totah and Jennings were 14.

Congratulations to @JosieTotah for receiving the @HRC Foundation Upstander Award at #TimeToTHRIVE!
����⚪����
By living proudly, Josie is an inspiring possibility model for trans and gender-expansive young people everywhere. pic.twitter.com/JyM9Tx4UKX

“Together I believe we can change the world so it is a kinder, safer, more loving place.” - Sara Cunningham (@MamaBearOK), a parent-advocate & founder of FreeMomHugs and subject of an upcoming @JamieLeeCurtis project. #TimeToTHRIVE pic.twitter.com/BrL2gojGAZ

OneUp, a musical duo comprised of couple Adam Bastien and Jerome Bell, closed out the evening with an incredible performance.

OneUp, a musical duo comprised of couple Adam Bastien and Jerome Bell, is bringing down the house! #TimeToTHRIVE pic.twitter.com/seIq8PA8RX

Time to THRIVE is held in partnership with the American Counseling Association and the National Education Association, with AT&T, BBVA Compass and Toyota as presenting sponsors. In its sixth year, HRC Foundation’s premier national event addresses safety, inclusion and well-being for LGBTQ and questioning youth, and brings together youth-serving professionals to discuss best practices for working with and caring for LGBTQ youth and their families in schools, community centers, health care settings and beyond. The conference is taking place Feb. 15-17, 2019 at the Anaheim Marriott in Anaheim, California.