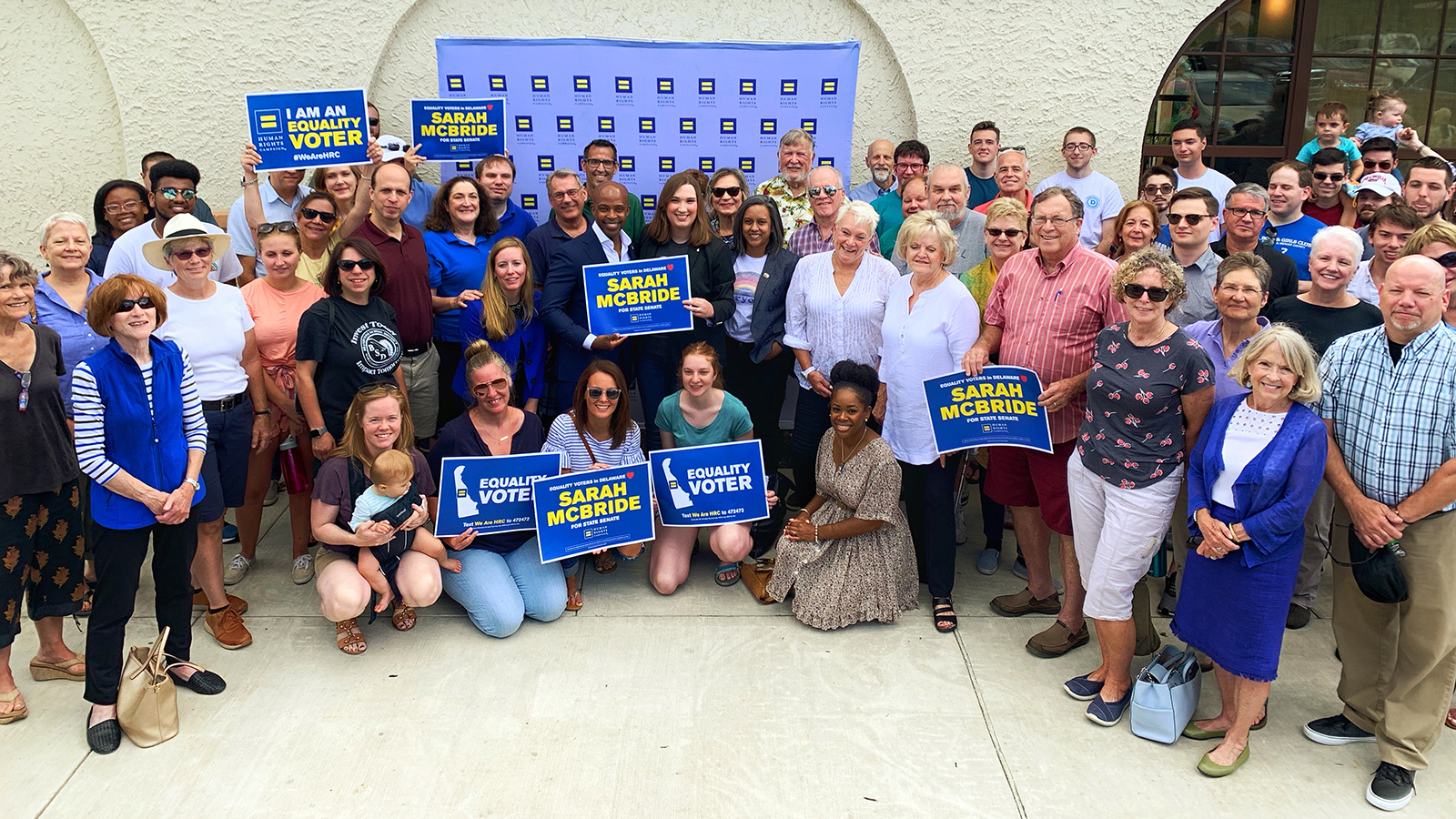 “From the Delaware General Assembly to the halls of the White House and Congress, Sarah McBride has demonstrated her ability to bring about change,” said HRC President Alphonso David. “At a time when equality is under attack at the federal level, it has never been more important for states like Delaware to show the nation what is possible when we reject the politics of division and embrace the politics of progress. We’re proud to endorse Sarah’s historic candidacy, and cannot wait to call her Senator McBride.” 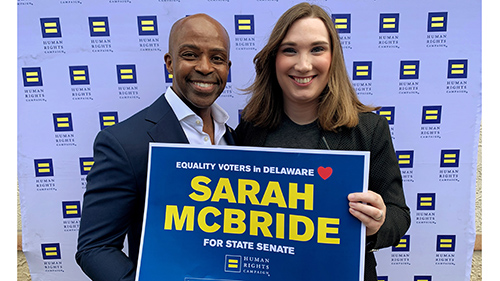 Sarah McBride has spent her life fighting for dignity and a fair shot for everyone. In 2013, McBride led the successful effort to pass a landmark non-discrimination bill in Delaware. Since then, she’s helped inspire our nation with her own personal story and her historic work both in Delaware and around the country.

As a leading voice in the fight for LGBTQ equality, McBride was instrumental ushering in historic progress under the Obama administration and in the recent passage of the Equality Act in the U.S. House of Representatives, the first time in American history a chamber of Congress passed a comprehensive LGBTQ civil rights bill. McBride has been a vocal advocate against gender-based violence, for voting rights, for common-sense gun safety measures, for comprehensive health care and for economic opportunity for all.

Sarah has served as National Press Secretary for the Human Rights Campaign since 2016 and a member of the Board of Directors of Equality Delaware since 2013. Prior to joining HRC, McBride served as the Campaigns and Communications Manager for LGBT Research and Communications Project at the Center for American Progress (CAP). McBride has also worked for Governor Jack Markell (D-DE) and former Attorney General Beau Biden (D-DE). McBride was the first out transgender woman to intern at the White House, and graduated from American University. During her time at American University, she served as student body president and made national headlines when she came out as transgender in the student newspaper.