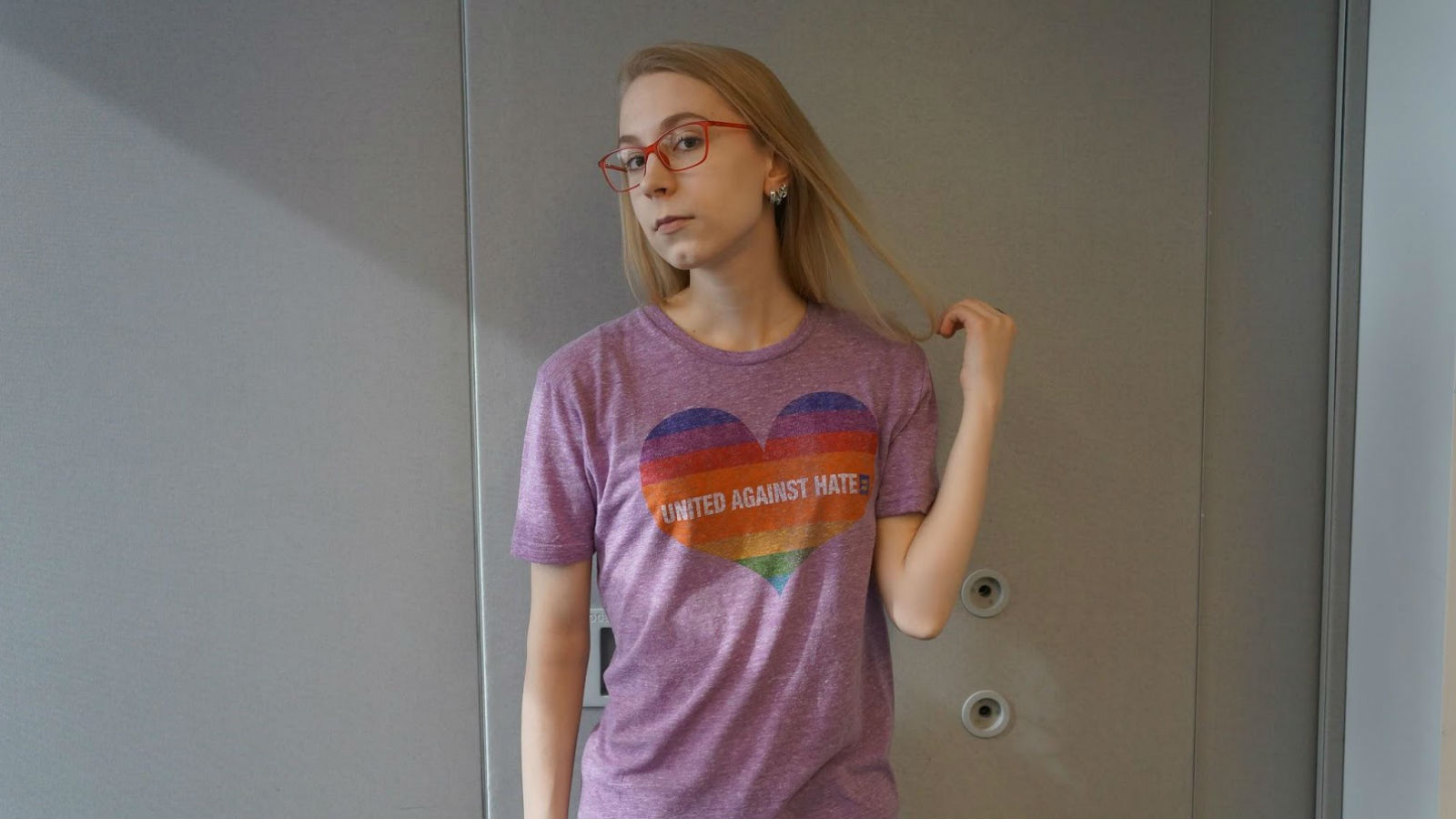 After discovering that she was intersex at the age of 22, Irene became one of the very few intersex activists in Russia and Ukraine. She is co-founder of Intersex Russia, which is focused on providing accurate and positive representation of the intersex community in Russia, raising awareness, making a strong stance for de-pathologization of intersex variations and providing support for other intersex people. In addition to being a 2017 HRC Global Innovator, she is also a member of InterACT Youth.

In commemoration of Intersex Awareness Day 2017, HRC sat down with Irene to discuss being intersex and issues her community faces.

What does it mean to be intersex?

Intersex people are born with sex characteristics (including chromosomes, gonads, genitals, reproductive organs and hormonal levels) that don't fit the typical definition of male or female bodies. It's an umbrella term that covers many different biological variations. Being intersex is about your sex characteristics, not sexual orientation or gender identity. According to Brown University researcher Anne Fausto-Sterling et al., about 1.7 percent of the human population is intersex.

What are the biggest issues facing the intersex movement today?

Without their consent, intersex people are often subjected to medically unnecessary "normalizing" surgeries and other medical interventions in order to make their bodies conform to societal expectations of male or female. These mutilating interventions are often done in infancy and have many negative consequences for personal health. People can feel like they’ve been forced into a gender identity they don’t identify with. And the truth about our bodies and interventions they received is often kept secret from intersex people.

What are the differences, if any, between the U.S. and global intersex movements?

In the U.S., there recently has been some good developments like the "Re-Thinking Genital Surgeries on Intersex Infants" report written by three former U.S. Surgeons General and “I Want to Be Like Nature Made Me" by Human Rights Watch. Here in Russia, we are concerned with our Ministry of Health and government officials actually speaking in favor of intersex genital mutilation (IGM).

In Europe, we're only starting to build an intersex youth network. In the U.S. there already is a strong intersex youth community, InterACT Youth, which I'm a proud member of. It focuses on youth advocacy leadership development, awareness raising in the media and advocating directly for law and policy changes to protect intersex youth.

What can the LGBTQ movement do to be better allies to intersex people?

Nothing about us without us! If you want to include the "I" in your organization's work, make sure that you're doing it together with actual intersex people. Share intersex-related resources yourself, invite intersex people to talk at your organization, give us a safe platform to share our stories - like HRC did by inviting me to the second annual Global Innovative Advocacy Summit in 2017. Remember that "bathroom bills" affect not only trans people but also intersex people too. Know and let others know that intersex people exist and we don't need to be "fixed."