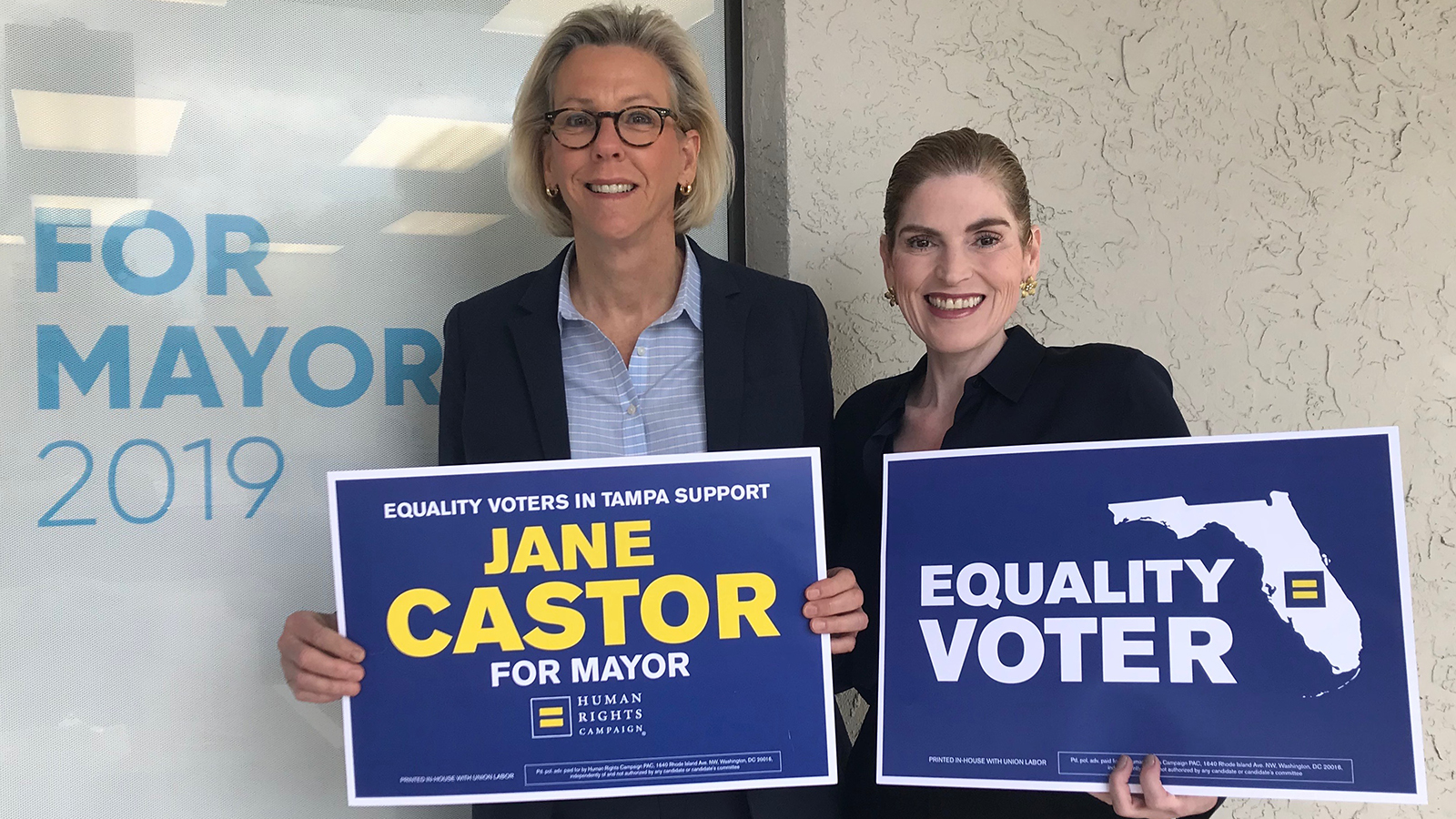 Today, HRC and Equality Florida Action PAC announced both organizations are backing Jane Castor in the runoff election for mayor of Tampa, Florida. If elected, Castor will make history as the city’s first openly LGBTQ mayor.

“With over thirty years in public service, Jane Castor is a proven leader and problem solver who will stand up and fight for all of Tampa’s hardworking families,” said HRC National Field Director Marty Rouse. “HRC is proud to endorse Jane Castor for mayor of Tampa, and we look forward to working with her to ensure that Tampa continues to be an inclusive, open and welcoming place for everyone.”

“Jane Castor’s race for Mayor of Tampa is Equality Florida Action PAC’s number one priority in 2019,” said Equality Florida Senior Political Director Joe Saunders. “Representation matters, especially for LGBTQ families. When Jane wins, she will be Tampa’s first LGBTQ mayor, the first LGBTQ woman to lead one of Florida’s largest cities and the only LGBTQ woman leading a major U.S. city in the southeast United States. As we head into the runoff, Equality Florida Action PAC is ready to use every tool we have to mobilize the over 30,000 pro-equality Tampa voters in our database to support Jane in this historic race.”

“I'm honored to receive the support of the Human Rights Campaign and Equality Florida Action PAC, the largest LGBTQ civil rights organizations working to advance equality in Florida. As a beat officer on the force for three decades, I was proud to become our city's first LGBTQ police chief, and I look forward now to making history as Tampa's first LGBTQ mayor on April 23. I am excited to work with HRC, Equality Florida Action PAC and other community members to make our city an even more inclusive, equitable and welcoming place for all, no matter who you love or what you look like," said Jane Castor.