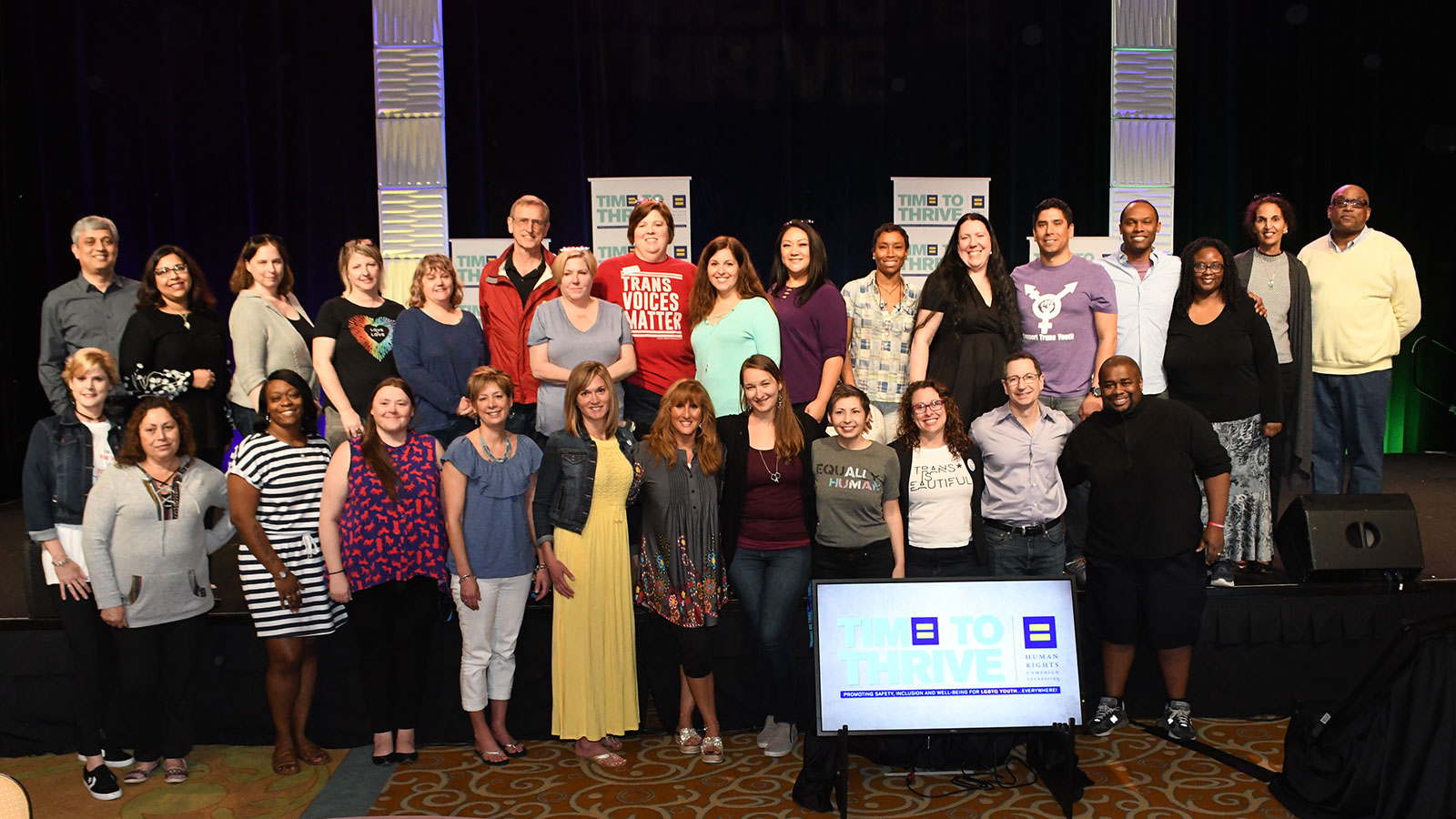 This Parents’ Day, we celebrate our Parents for Transgender Equality Council and the diverse ways that they consistently support and protect LGBTQ young people.

This coalition of inspiring parents of transgender youth from across the country is working for equality and fairness for transgender people, with the intention of connecting, mobilizing and amplifying many of the most powerful voices of love, inclusion and support for transgender equality.

Here are five of our favorite ways that these parents have led the way in fighting for the rights of LGBTQ young people:

1. Giving Us All the Feels with Viral Videos

2. Lobbying for Equality on Capitol Hill

HRC’s Parents for Trans Equality have been on the front lines of the resistance, from the council’s first meeting in November 2016 and participation in HRC lobby days, to Sarah Watson's impassioned speech at the rally to stop the nomination of anti-equality Jeff Mateer.

3. Sharing Stories with HRC Members and Supporters Across the Country

Members of the council have lent their voices to support the launch of groundbreaking HRC publications, including the 2018 Healthcare Equality Index and the 2018 Youth LGBTQ Report, by sharing their own powerful experiences.

Today, @HRC Foundation released the findings from our new national 2018 LGBTQ Youth Report at our D.C. headquarters. We partnered with @UConn to measure the health and well-being of more than 12,000 LGBTQ teens across the country. #LGBTQYouthReport https://t.co/6KAekNEDDm pic.twitter.com/N2E89OV8Gz

Amazing to spend the day with with young #LGBTQ Arizonans at @1n10 today. Together, we talked about @HRC’s Arizona Youth Survey and the challenges that LGBTQ youth face. Hearing their stories gives me hope. Our policymakers must turn that hope into action. pic.twitter.com/Ma3IZvRzC9

4. Drafting a Declaration of Transgender Rights

In response to the Trump-Pence administration’s continuous attacks on LGBTQ people, in November 2017 HRC’s Parents for Trans Equality Council drafted and collected signatures for a declaration of rights seeking protections for their children and all transgender people from discrimination, violence and harassment. More than 1,400 parents of trans and gender-expansive children from all 50 states and the District of Columbia signed the declaration -- an unprecedented show of support for transgender and gender expansive youth.

Parents of transgender children sign declaration of rights in response to politi... https://t.co/pT4dHLvTt4 | �� by https://t.co/XW1NKmHUNz pic.twitter.com/PINRMHQpXy

5. Delivering a Letter to Betsy DeVos urging the Department of Education to #ProtectTransKids

Members of the council drafted and collected more than 700 signatures from parents of trans and gender-expansive children on a letter to Secretary of Education Betsy DeVos condemning her failure to protect transgender students. Families of trans kids traveled to the U.S. Department of Education to deliver the message and urge DeVos to recognize the “basic human and civil rights of transgender students.”

WATCH: Families of transgender kids traveled to the US Dept. of Education (@usedgov) to deliver a message to @BetsyDeVos. The letter, signed by more than 700 parents of trans youth, urges Sec. DeVos to recognize the “basic human and civil rights of transgender students.” pic.twitter.com/IowHTMJWez