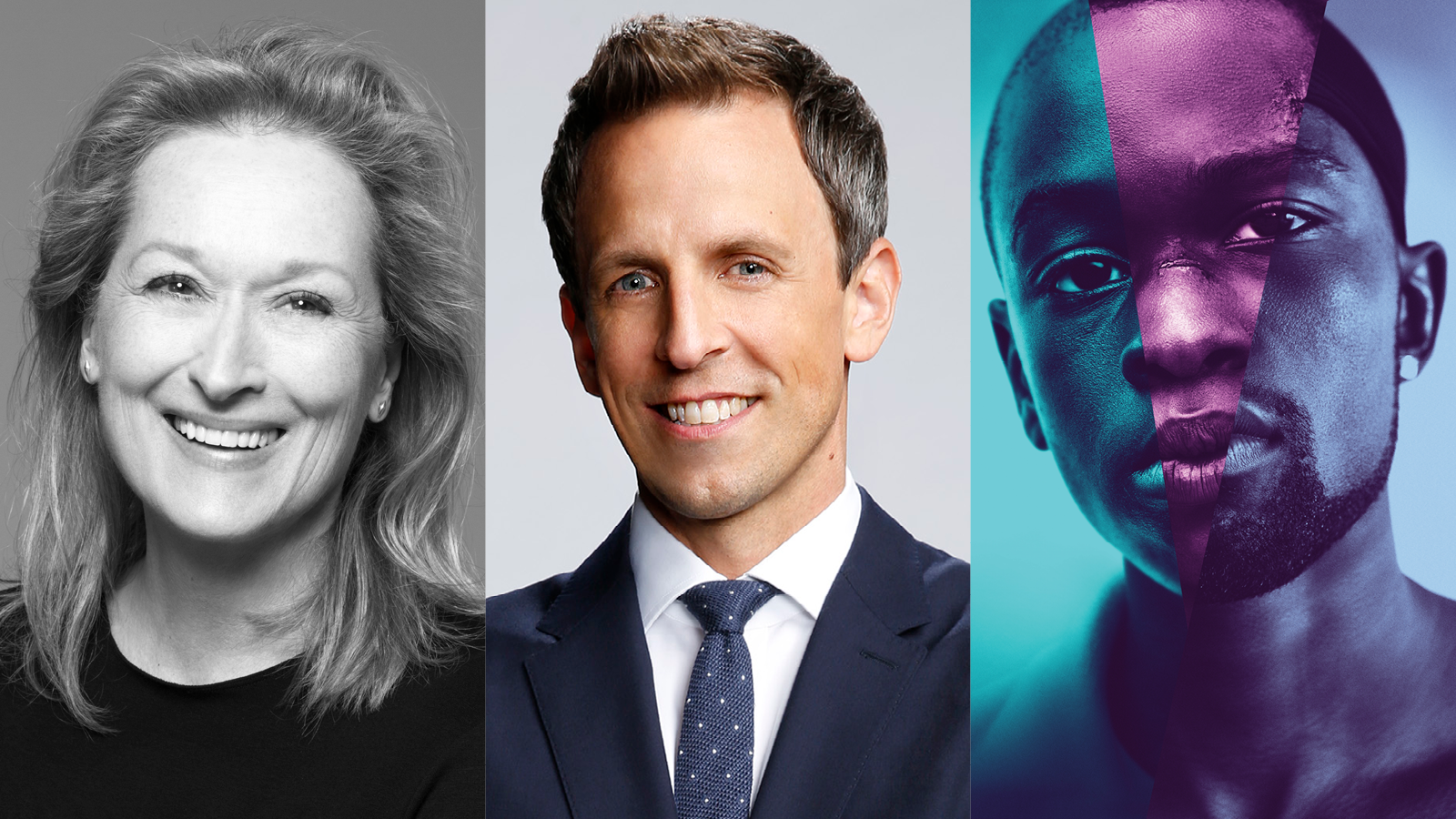 Today, HRC announced that both the groundbreaking film Moonlight and comedian Seth Meyers will be honored at the 2017 HRC Greater New York Gala on Saturday, February 11, 2017, at the Waldorf Astoria in New York City. As previously announced, HRC will also honor critically acclaimed, multi-award-winning actress Meryl Streep at the event which raises crucial funds in the fight for full LGBTQ equality.

“Moonlight has captured the hearts and minds of audiences across the country,” said HRC President Chad Griffin. “The film triumphs in its portrayal of the struggles that many in this country face every day because of discriminatory barriers that still exist, especially if you’re young, African American, and LGBTQ. We are proud to recognize the brilliance of Moonlight with the HRC Visionary Arts Award and welcome playwright Tarell Alvin McCraney to accept the award.”

Moonlight, which tells the story of a young black gay man, is inspired by the play In Moonlight Black Boys Look Blue by Tarell Alvin McCraney, who will accept the award on behalf of the film. HRC recently sat down with the film’s writer and director, Barry Jenkins, as well as McCraney, to discuss the groundbreaking film and the issues of bullying and masculinity. Richard Brody of The New Yorker said, “Blasting aside conventions, archetypes, and stereotypes, Jenkins conjures the birth of an individual’s consciousness, the forging of a complex and multifaceted identity; he restores complexity to the very idea of identity, of the multiplicity as well as the singularity of being oneself—and he conveys his own primordial sense of wonder that art itself can conjure it.” Moonlight is the winner of the 2017 Golden Globe for Best Motion Picture, Drama.

“Seth Meyers’ has wielded his talent and humor to raise awareness about deeply serious issues impacting LGBTQ people,” said HRC President Chad Griffin. “Through his comedy, Meyers’ consistently speaks out against discrimination, exposing the false premises and irrational efforts by opponents of equality. We look forward to welcoming Seth Meyers to this year’s HRC Greater New York Gala and honoring him with the HRC Equality Award.”

Seth Meyers is an Emmy Award-winning writer and current host of Late Night with Seth Meyers. He was named one TIME magazine’s 100 most influential people in 2014. He was also the former head writer for Saturday Night Live. In 2011, Meyers won the Emmy for Outstanding Original Music and Lyrics for host Justin Timberlake’s musical monologue. Meyers also garnered 14 additional Emmy nominations for his work as a writer in television.

In December, HRC announced that critically-acclaimed actress and LGBTQ-icon Meryl Streep will be honored at the event with the National Ally for Equality Award. For almost 40 years, Meryl Streep has portrayed an astonishing array of characters in a career that has cut its own unique path from the theater through film and television. An outspoken advocate for LGBTQ equality, Streep credits childhood music teachers for helping to open her eyes to LGBTQ acceptance, including her gay piano teacher and his partner, and another transgender music teacher. “I just can't remember when LGBT people were not in my life,” Streep said an in interview.

The Greater New York Gala is one of HRC’s most prestigious events of the year, attracting more than 1,000 of the organization’s most active leaders, supporters, and members. The event regularly draws political officials from federal, state, and local governments, as well as celebrity entertainers and leaders in the business community. To purchase tickets for the #HRCGreaterNY gala, learn more about the event, ways to volunteer, and more, please visit www.HRCGreaterNY.org.