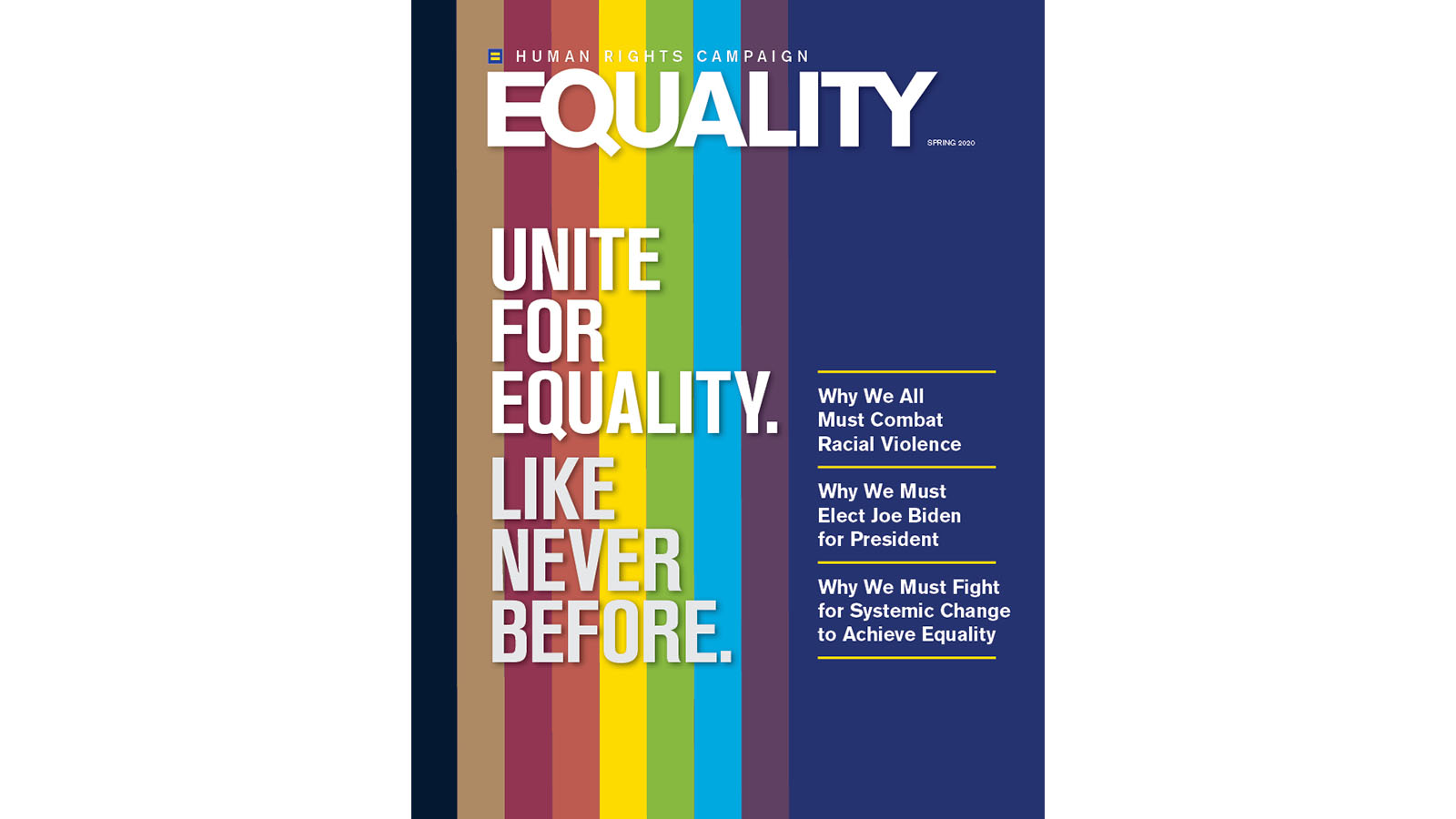 One of the many crises the U.S. is facing during the COVID-19 global pandemic is a shortage of blood donors. The U.S. Food and Drug Administration has long had in place varying restrictions around how and when men who have sex with men can donate blood. In early April, the FDA announced that it was revising those restrictions again to shorten the period of time it requires men who have sex with men to remain abstinent before donating blood.

While this FDA announcement is a step in the right direction, it’s still not enough. We are not yet there with equality in the rules surrounding blood donations, and won’t be until the policy treats all potential donors based on the actual risk their blood poses to the blood supply rather than who they are.

“As the global pandemic wears on, the integrity and safety of the blood supply in this country must be preserved, strengthened and maintained,” said HRC President Alphonso David. “Continuing to enforce the de facto prohibition on blood donation by sexually active gay and bisexual men does not reflect the best science available.”

For decades, HRC has been advocating to bring an end to this policy, and has undertaken a variety of actions around this advocacy since the 1980s. These actions include holding meetings with the American Red Cross and the American Association of Blood Banks, working with and calling on presidential administrations to support changes to the so-called blood ban and partnering with members of the U.S. House and Senate, as well as our coalition partners, to advocate for changes to the policy.

This work centers on the need for a blood donation policy that reflects current science and an assessment of individual risk, rather than the sexual orientation or gender identity of the prospective donor.

But under the guidelines announced at the beginning of April, a person can give blood days after having unprotected sex, while a gay or bi+ man who has had sex with another man within three months of the date they would like to donate blood — even with condoms and taking HIV prevention medicine such as PrEP — cannot. It is unacceptable for this bias to be the basis for determining eligibility to donate blood.

“Modernization of the policy is essential to ensure that the blood supply remains as safe as possible while maximizing the donor pool,” David said. U.S. Sen. Tammy Baldwin, D-Wis., joined David on a virtual press conference with reporters and concurred that the FDA’s upcoming policies should be based on the best public health information, not anti-LGBTQ bias.

“It shouldn’t have taken a pandemic and the resulting urgent blood shortage to make progress on this issue,” Baldwin said. “It's an important step to addressing an immediate dire blood supply shortage, but the administration needs to change their donation policies to be based on an individual’s risk, rather than blanket deferrals so that all healthy gay and bisexual men are able to donate blood.”

HRC will continue to advocate for full equality with blood donation rules and fight systemic anti-LGBTQ policies. Keep up with our ongoing national advocacy work at hrc.org/explore/topic/ federal-advocacy.