Equality is at Stake in the November 7 Charlotte Election 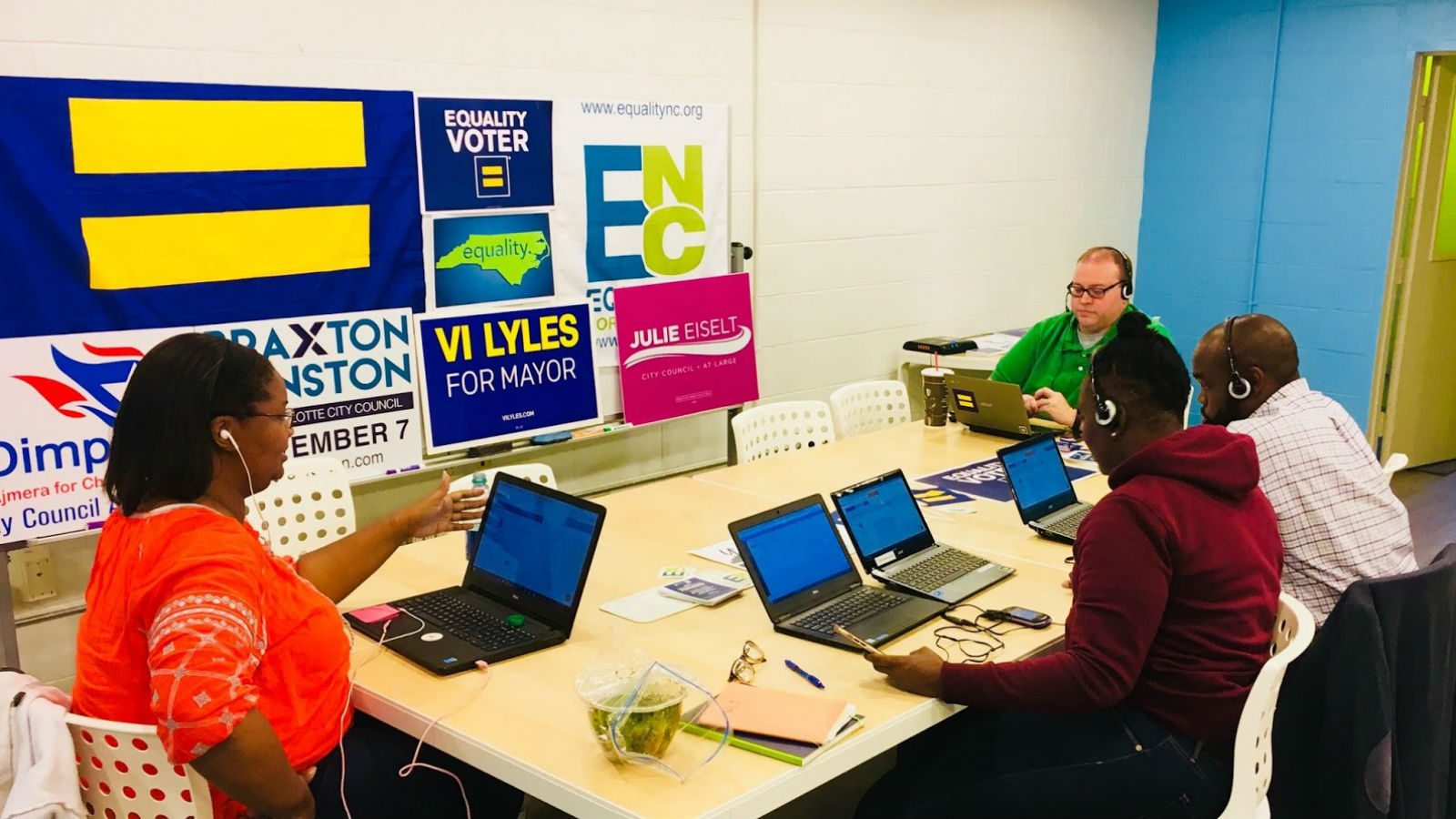 There’s no gentle way to convey the importance of this election. We’ve seen the latest poll numbers and know equality voters cannot afford to stay at home.  The final day to cast an early vote in the Charlotte municipal general election is Saturday, November 4 at 1 p.m.

Nearly 20,000 Charlotte voters have cast early votes in this election but we cannot take this for granted -- every equality vote counts. Election Day is Tuesday, November 7 and voters will head to the polls to cast their ballot for mayor, city council and city council members at-large. HRC and our friends at Equality NC urge members and supporters to cast their vote for Charlotte City Council at-large candidates Dimple Ajmera, Braxton Winston, Julie Eiselt, James “Smuggie” Mitchell and Vi Lyles for Mayor.

For weeks, HRC staff and volunteers have launched voter contact efforts to reach out to our supporters in Charlotte and push them to the polls to vote early. By the end of early voting, over 15,000 HRC supporters across Charlotte will have received mailers, phone calls, text messages and/or emails sharing information about the importance of this election to the LGBTQ community and our support for at-large candidates Ajmera, Winston, Eiselt, Mitchell and Lyles for mayor.

There is a clear choice for moving Charlotte forward. When early voting ends on Saturday, we want to know we’ve reached out to our HRC members to get votes in the door early – because we know every vote is critical to equality.

So if you haven’t cast your ballot yet, or if you’ve already voted and want to help a friend, family member, or neighbor to the polls, find early voting locations and times by visiting www.meckboe.org.

For more information or to join us in our efforts to get out the vote, please reach out to Hope Jackson, HRC Regional Field Organizer, at .(JavaScript must be enabled to view this email address).