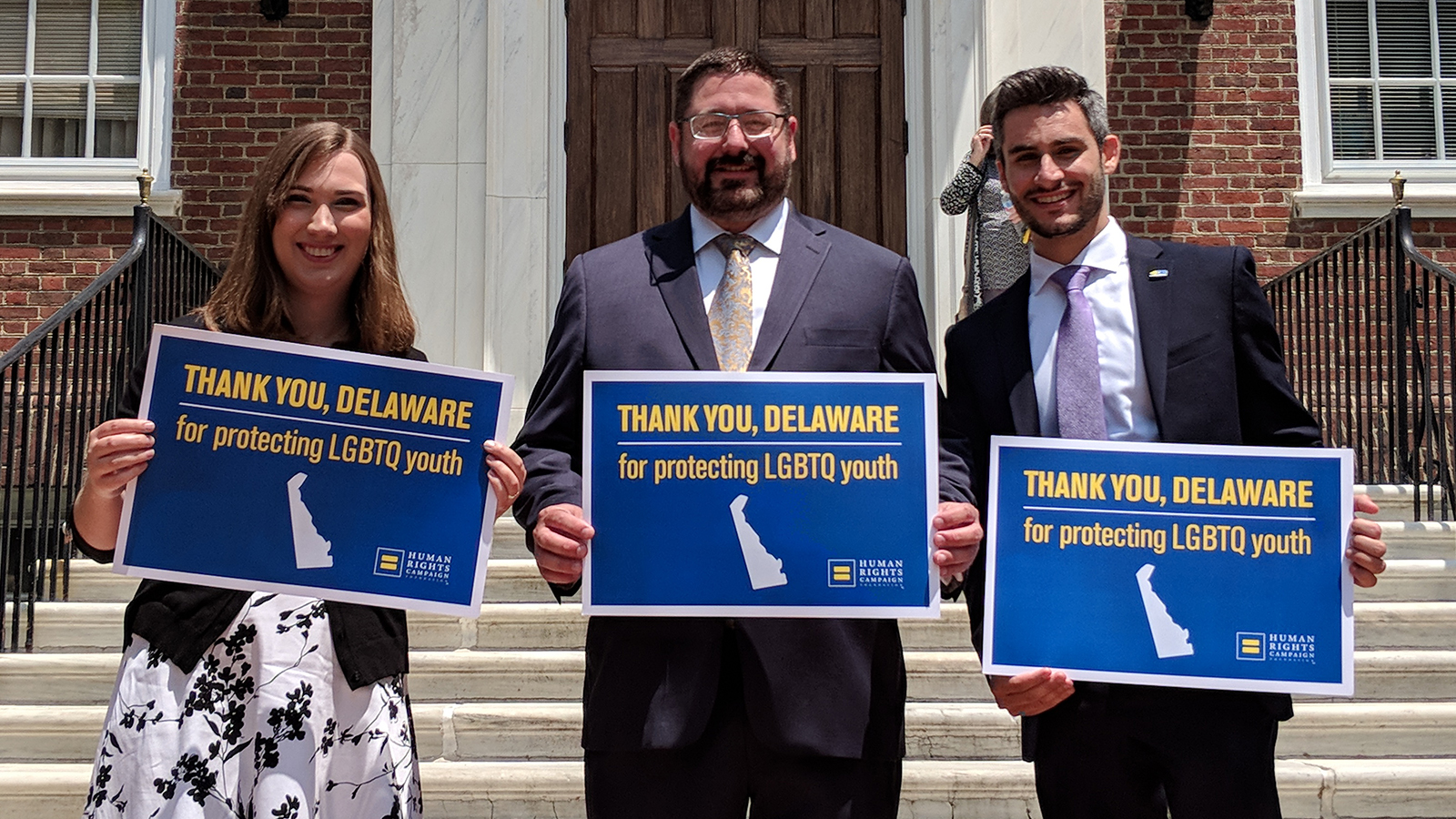 Today, HRC hailed the Delaware General Assembly’s passage of Senate Bill (SB) 65, legislation protecting LGBTQ youth in the state from the dangerous and discredited practice known as “conversion therapy.” The legislation was sponsored by State Senator Harris McDowell and State Representative Debra Heffernan, and Governor John Carney is expected to sign it into law. Once signed, Delaware will join 13 other states and Washington, D.C. with laws or regulations protecting LGBTQ youth from the harmful practice.

“For young people across Delaware, this legislation provides vital and potentially lifesaving protections from the damaging, dangerous and discredited practice known as ‘conversion therapy,’” said HRC National Press Secretary Sarah McBride, a Delawarean. “While Delaware has made historic progress on LGBTQ equality, we can and must do more to protect LGBTQ youth from rejection, stigma and harm. SB 65 is a critical and significant step in that direction. We thank the Delaware General Assembly for their support of this vital legislation and we look forward to Governor Carney signing it into law.”

“We thank those members of the General Assembly who voted to protect LGBTQ children against the dangerous and harmful practice of conversion therapy, and especially prime sponsors Senator Harris McDowell and Representative Debra Heffernan and their legislative aides for their leadership,” said Equality Delaware’s Mark Purpura. “We look forward to Governor Carney signing the bill into law promptly.  We are also thankful to have had the opportunity to work together again with the Human Rights Campaign on this important issue. We need to keep the momentum going across the country to end this despicable practice once and for all.”