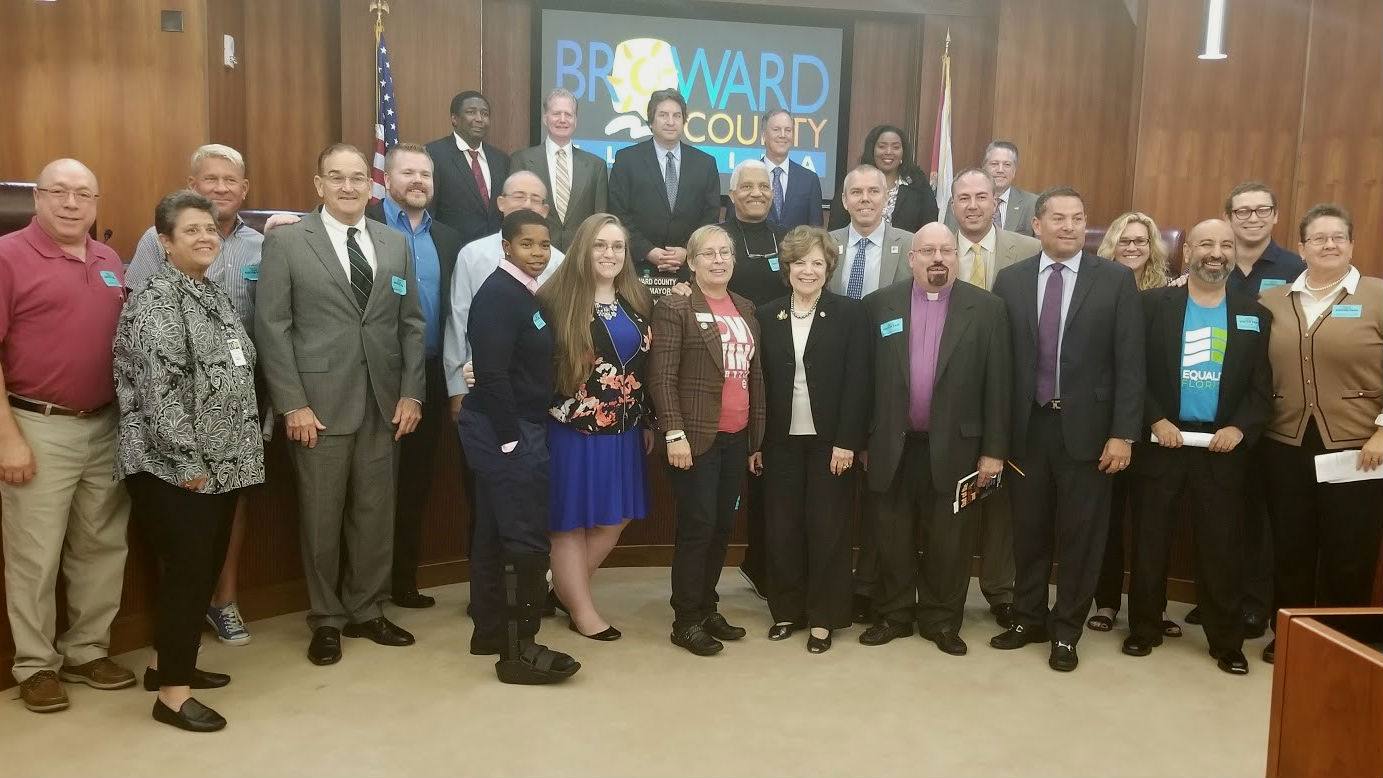 HRC praised the Broward County Board of Commissioners for passing a measure yesterday to protect LGBTQ youth from so-called “conversion therapy.” The ordinance prohibits licensed medical and mental health professionals from engaging in the dangerous and discredited practice with minors within city limits. Broward County joins more than a dozen other Florida municipalities that have enacted similar legislation.

“Conversion therapy,” sometimes referred to as “sexual orientation change efforts” or “reparative therapy,” encompasses a range of harmful practices that seek to change an individual’s sexual orientation or gender identity or expression. These practices are based on the false premise that being LGBTQ is a mental illness that needs to be cured — a theory that has been rejected by every major medical and mental health organization.

Paul Anagnostos, HRC volunteer chair of HRC's South Florida Steering Committee and a Ft. Lauderdale resident conveyed HRC's support for the proposal. He acknowledged that without a statewide non-discrimination law in Florida it was important for Broward County to add this ban to its current LGBTQ protections.

There is no credible evidence that conversion therapy can change a person’s sexual orientation or gender identity or expression. To the contrary, research has clearly shown that these practices pose devastating health risks for LGBTQ young people such as depression, decreased self-esteem, substance abuse, homelessness, and even suicidal behavior. The detrimental practice is condemned by every major medical and mental health organization, including the American Psychiatric Association, American Psychological Association, and American Medical Association.